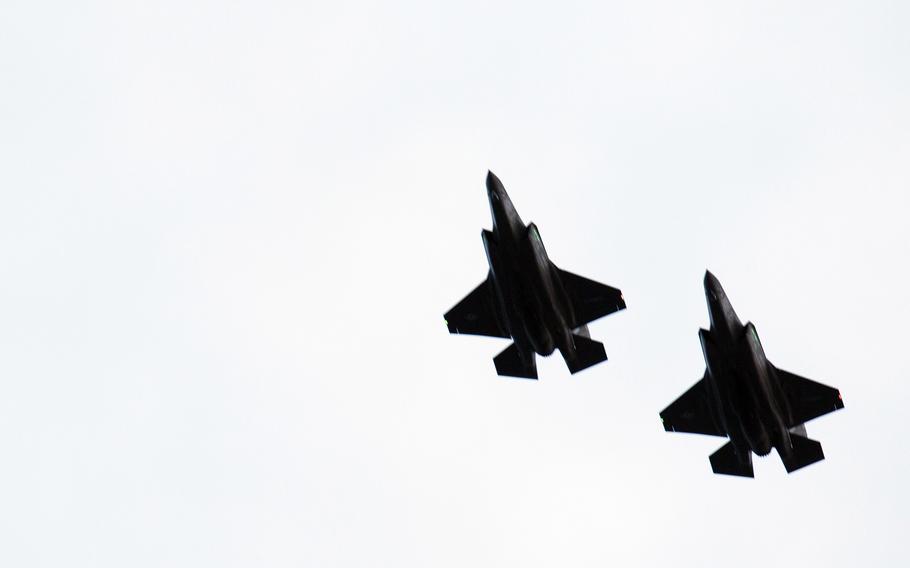 CAMP FOSTER, Okinawa — The new commander of Marine Corps air power in the Pacific said the force has never been more lethal, though he aims to maintain peace in the region through deterrence and partnerships with allies.

Maj. Gen. Eric Austin took command of the 1st Marine Aircraft Wing during a flight-line ceremony at Marine Corps Air Station Futenma on Aug. 12, with the risk of conflict between the West and its allies and regional provocateurs like North Korea and China at a 50-year high.

“I think we’ve got an amazing and lethal force,” he said. “The commandant has focused us on campaigning in a fashion that maintains a free and open Indo-Pacific and avoids us getting to what would really be a strategic failure, which would be a shooting match with China.”

The 1st Marine Aircraft Wing is the aviation element of the III Marine Expeditionary Force and consists of approximately 7,000 Marines and sailors in three aircraft groups in Japan and Hawaii.

“The commandant said, ‘OK, General Austin, you’ve done a good job thinking about it, now go do,’” he said. 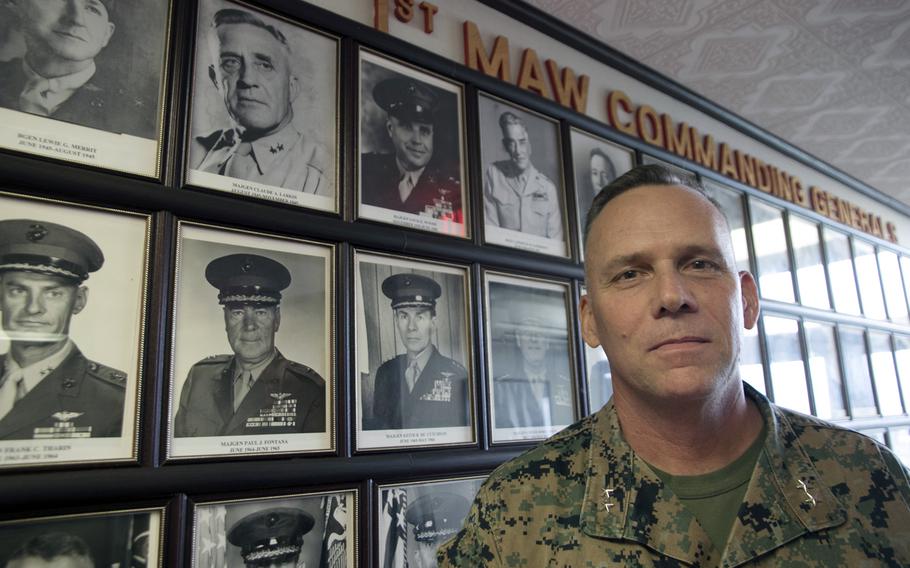 Austin said he looks forward to improvements to the F-35B Lightning II stealth fighter, two squadrons of which are based at MCAS Iwakuni, and to the MV-22 Osprey tiltrotor, of which the wing has four squadrons across Hawaii and Okinawa.

Other improvements to Marine air power are evolving in ground-based, anti-ship missiles, a component of the expeditionary advanced base operations Berger espouses; and loitering munitions, such as exploding drones, that are coming to the 3rd Marine Division on Okinawa, he said. The Corps is also updating its approach to ground-based air defenses.

The wing is moving Marines around the region, adding a second squadron of KC-130 Hercules aerial refuelers late this year and updated, extended-range MQ-9A Reaper drones in Hawaii next year.

The wing will also soon receive a third AN/TPS-80 Ground/Air Task Oriented Radar, Austin said. It detects, identifies and tracks airborne threats, according to its maker Northrop Grumman’s website. The wing is also working to modernize its command-and-control technology.

Austin has commanded attack squadrons and aircraft groups and deployed multiple times to Kuwait and Iraq, according to his Marine biography. He was operations officer for the 1st Marine Aircraft Wing from 2012 to 2014.

He spent part of his childhood on Okinawa, where he attended Kubasaki High, the Defense Department school for military dependents at Camp Foster. His father, Col. Lowell Erskine Austin Jr., was an A-4 and OV-10 pilot who later took on various leadership roles, and deployed to Okinawa “multiple” times, his son said.

Eric Austin said tensions and provocations in the western Pacific have created deeper cohesion and integration with U.S. and its friends in the region.

“The behavior of China is driving a much more meaningful relationship with us and many of our allies and partners in the area and that's really important,” he said. “The special sauce to the III Marine Expeditionary Force is all of our partners, whether it be Japan, Korea, Philippines, Thailand, Australia, you name it. We've got a lot of 'em in this theater, and they're all really, really important to us.”