Thousands of troops ready for combat training across Hawaii 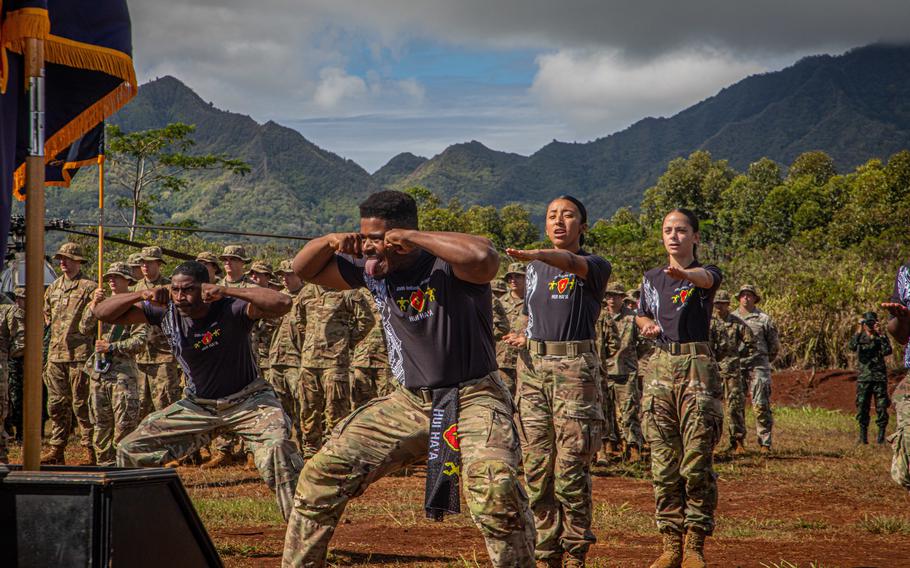 FORT SHAFTER, Hawaii — Roughly 6,000 troops began moving into positions throughout the Hawaiian Islands over the past week as a prelude to a 10-day training scenario simulating what warfighters could expect in a conflict with China.

“This is intended to be the most immersive training environment we can create, so the most realistic training environment short to combat,” Brig. Gen. Jeffrey VanAntwerp, deputy commanding general for operations for the 25th Infantry Division, told reporters during a conference call Thursday. The commander of U.S. Army Pacific, Gen. Charles Flynn, also took part in the call.

The training is part of the Army’s Joint Pacific Multinational Readiness Center, which operates large-scale combat training centers in Hawaii and Alaska, as well as one that is deployable throughout the Indo-Pacific region.

Flynn touted the time and money saved in no longer having to send troops and equipment to training centers on the mainland.

“I mean, there’s a reason why we have a training center in Europe, and we don’t bring tactical forces back from Europe to the continental United States to train,” Flynn said. “We just never created a combat training center out here in the Pacific, but we have now.”

The deployable combat center has been to Indonesia twice and is scheduled for Australia during Talisman Sabre in July.

“Why? Because the Australian army is creating a combat training center much like the ones that we have here in the Pacific,” Flynn said.

The core element undergoing training in Hawaii, which formally begins on Monday, is the 25th Division’s 2nd Brigade Combat Team.

But the scope and sweep of the training is joint and international. Three infantry companies from Philippines, Indonesia and Thailand are participating, VanAntwerp said.

On Hawaii Island, troops will train at Pohakuloa Training Area, a 132,000-acre site used by the joint services for live-fire drills.

The Pentagon on Thursday released a declassified version of the 2022 National Defense Strategy, which maintains that China and its expanding military pose the greatest threat to U.S. security.

Flynn, without mentioning China, said the drills would prepare soldiers for conflict in tropical jungles and archipelagos found throughout the Indo-Pacific.

“These are scenarios that are left without designated names,” Flynn said. “So, we look at all the threats that we have in the region here, and we create a scenario that challenges our leaders, soldiers, commanders and organizations to operate against any adversary and any threat that might emerge here.”

VanAntwerp said that the opposition force in the combat training is a “free-thinking adversary” able to leverage whatever technology or concepts could confound or stymie an Army force.

The readiness center has enabled a higher-end adversary by enhancing GPS jamming capability, increasing the power of radio-frequency jamming and adding more unmanned aircraft systems big and small, he said.