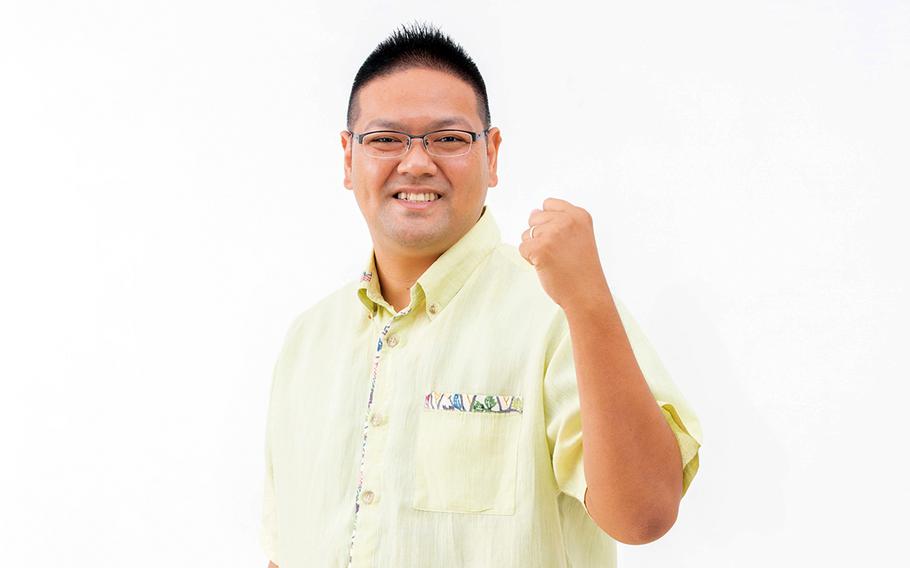 CAMP FOSTER, Okinawa — Takeharu Onaga’s bid to become the next mayor of Naha city, based on his opposition to plans for a U.S. military airfield elsewhere, failed at the ballot box Sunday.

Onaga, 35, the son of former Okinawa Gov. Takeshi Onaga, lost to his father’s former secretary Satoru Chinen, 59, by just over 10,000 votes out of 119,423 cast, according to the Naha city website Monday.

Chinen served as vice mayor of Naha city from 2015 until he resigned this year to run for mayor, a campaign spokesman told Stars and Stripes by phone Oct. 17.

Onaga was building a political career similar to his father’s. He previously served on the Naha City Council and Okinawa Prefectural Assembly, according to his campaign website.

He ran his mayoral campaign on a platform to stop construction of a new runway being built into Oura Bay at Camp Schwab that will one day replace Marine Corps Air Station Futenma, even though neither base is in Naha, Okinawa’s capital city.

His father as governor also opposed the plan to move the Marine aircraft north from urban Ginowan to rural Henoko.

Takeshi Onaga served as Naha mayor from 2000 until his 2014 election as governor, an office he held until his death from pancreatic cancer at age 67 in August 2018.

Chinen focused his campaign on his eight years’ experience as vice mayor and providing support and subsidies for children, students, new parents, the elderly and social workers, according to his candidate bio on the Naha city website.

“Naha city is in need, and we can’t wait,” Chinen said in a video posted to his Twitter account early Monday morning, shortly after victory was declared. “I would like to work hard from tomorrow to meet the expectations of the citizens.”