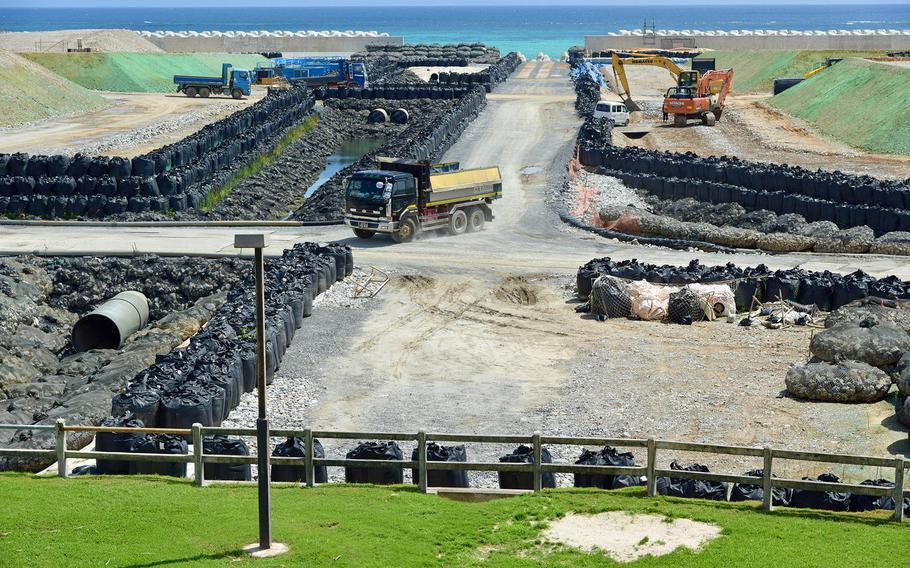 CAMP FOSTER, Okinawa — Okinawa prefecture has filed yet another lawsuit against the Japanese government in its attempt to halt ongoing construction of a U.S. military runway into Oura Bay at Henoko.

The suit, filed Friday in Naha District Court, is similar to one brought on Aug. 12 and seeks to reinstate Okinawa’s decision to reject a construction change application by the runway builders, Gov. Denny Tamaki said in a statement.

Japan’s Ministry of Defense sought permission in April 2020 to reinforce a softer-than-anticipated seabed in the construction zone.

Tetsuo Saito, Japan’s minister of Land, Infrastructure, Transport and Tourism, had overruled Tamaki earlier this year at the request of the defense ministry and ordered the governor to issue the required permits.

This is the third active lawsuit involving Saito’s decision. The others challenged Saito’s decision against the prefecture and his order to approve the permits. Rulings have yet to be issued in those proceedings.

“We have already protested this decision twice according to the Local Autonomy Act,” Tamaki wrote in his statement. “With this lawsuit, we want to stress again that our decision to reject the change in plans was correct and claim that the decision made by the minister of land, infrastructure, transport and tourism was illegal.”

The runway at Camp Schwab, a Marine base on Okinawa’s rural northern coast, is decades behind schedule. It is meant to replace Marine Corps Air Station Futenma in urban Ginowan, which Japanese officials consider inherently dangerous due to its central location in a densely packed area.