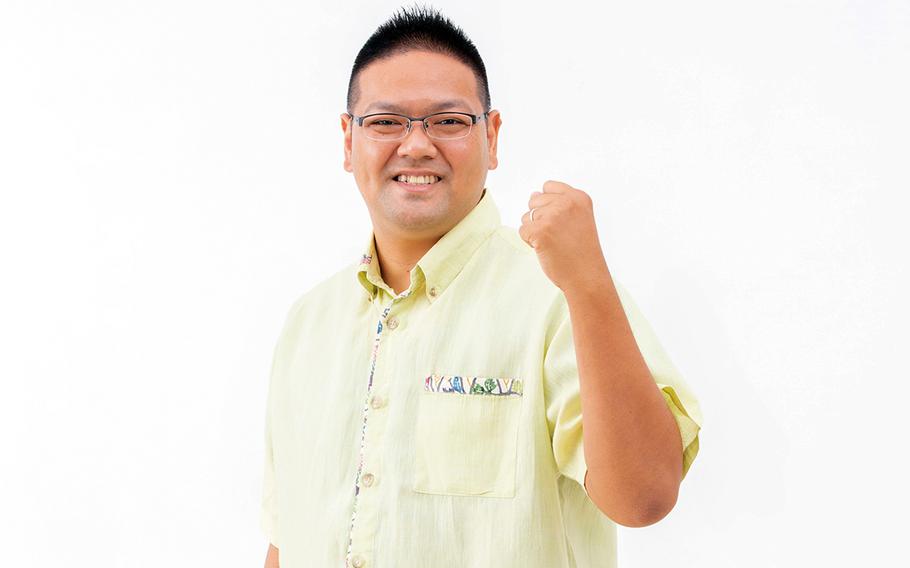 CAMP FOSTER, Okinawa — The son of Okinawa’s anti-base former governor has decided to follow in his father’s footsteps and will run against his father’s former secretary to become Naha city’s next mayor.

Takeharu Onaga, 35, will face former Naha city vice-mayor, Satoru Chinen, 59, on Oct. 23 when 257,645 registered voters head to the polls in the capital of Okinawa prefecture, the Naha city website said.

Onaga’s father, Takeshi Onaga, served as Naha mayor from 2000 until his 2014 election as governor, an office he held until his death from pancreatic cancer at age 67 in August 2018.

Takeharu Onaga was elected to Naha City Council in 2017 and the Okinawa Prefectural Assembly in 2020, his campaign website said. He campaigns for mayor on stopping the relocation of MCAS Futenma’s aircraft to Schwab in Henoko.

“I don’t want to leave this U.S. base problem to the generations of my children,” he wrote Friday on Twitter. “To achieve that, I will claim from here, Naha, that we are against the new base in Henoko, and make this a fight to show the will of the citizens of Naha.”

Okinawa politicians often refer to the runway being built at Schwab as a “new base.”