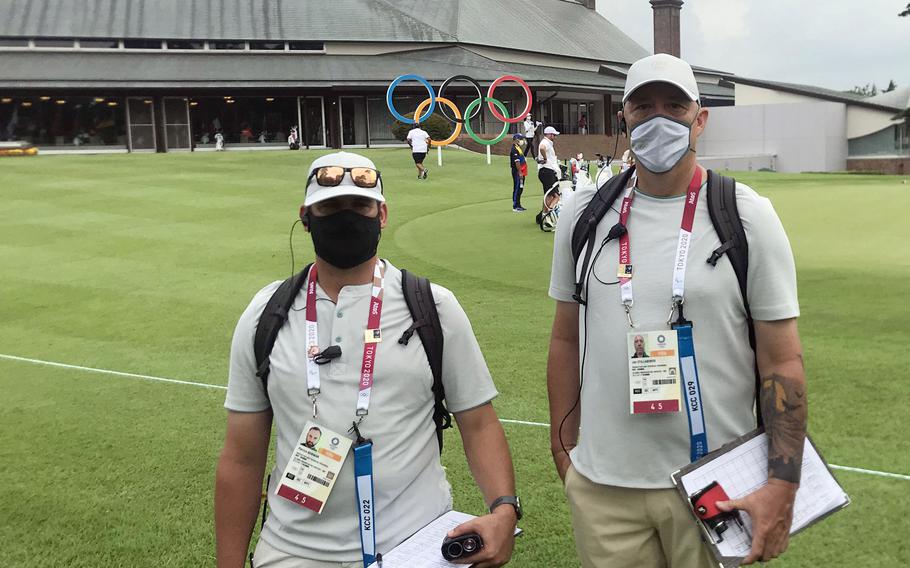 They plan to do the same for the next three days, using radios to call in information on players’ shots and order of play to international broadcasters.

During the first round on Thursday, Bowman tracked a group that included Kalle Samooja of Finland, Jhonattan Vegas of Venezuela and Thomas Detry of Belgium. 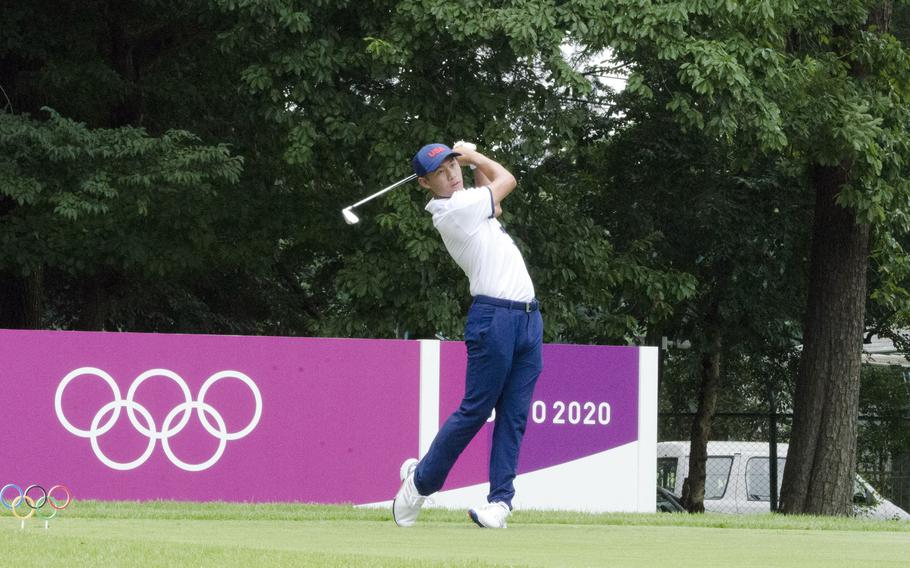 On the first hole, Bowman took up a position about 280 yards down the fairway to watch the drives land but had to duck when Vegas’ first shot hit nearby trees and came down a few feet away.

In another golf tournament, the ball might have struck a fan. But with spectators banned from most Olympic events it ended up in a decent lie, although trees made for a challenging second shot onto the green.

Superstars such as Masters champion Hideki Matsuyama and The Open champion Collin Morikawa are used to walking past throngs of fans on their way to the tee box. On Thursday, only a few photographers and course officials watched them play.

U.S. Air Force planes passed overhead; the country club is about 12 miles north of Yokota Air Base, the headquarters in western Tokyo for U.S. Forces Japan. 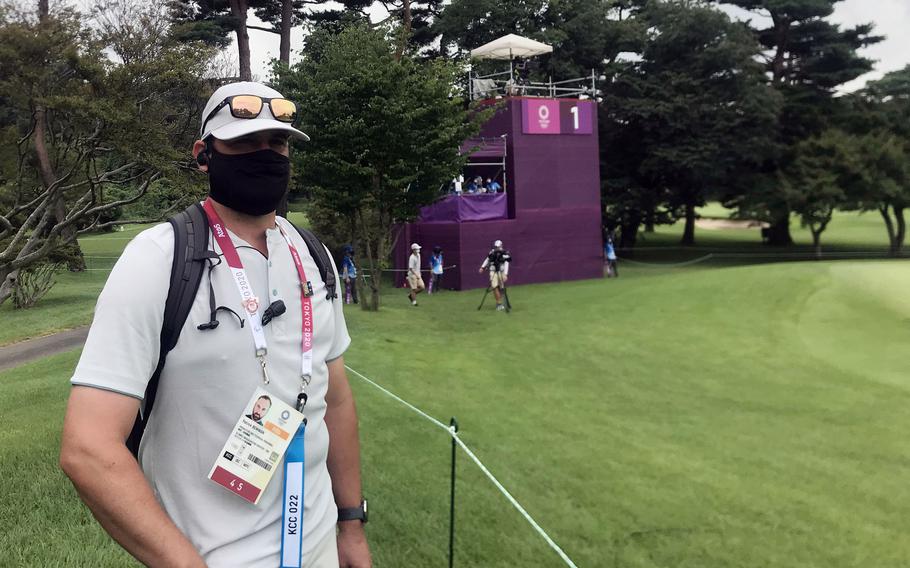 Bowman, who saw Tiger Woods win the Zozo Championship PGA Tour at the Accordia Golf Narashino country club in nearby Chiba prefecture in 2019, said he wished his friends could have been at the Olympic competition.

“I don’t take any of this for granted,” he said. “But at the same time, I wish everyone was here with us.”

Plenty of people go to PGA tournaments, Stillabower said. “But it’s different going to the Olympics and seeing not just the PGA players but players from around the world representing their countries.”

The U.S. players seemed to enjoy themselves despite hot, humid conditions.

Justin Thomas finished in even par. Xander Schauffele tweeted after his round: “Left a few shots out there today but overall pleased with my 68 (-3) in round one here at @OlympicGolf. Excited to get back out there tomorrow and begin the chase.”