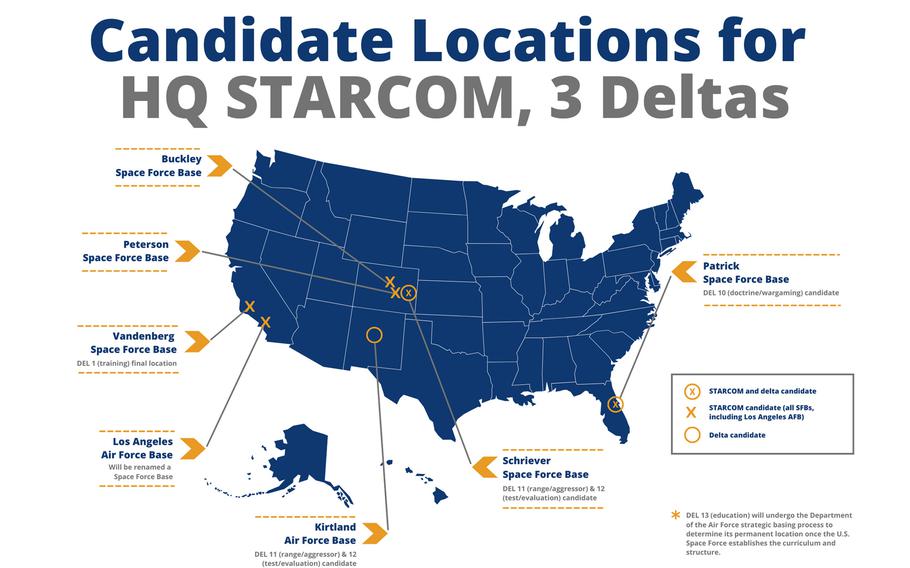 The Air Force has scheduled site surveys in late April or early May 2022 to determine the location for its new U.S. Space Force Space Training and Readiness Command headquarters. The STARCOM staff will comprise existing personnel transferred from the current Space Operations Center and workers to be added over the next several years, according to the service. (U.S. Air Force)

The Space Force is zeroing in on the final location for one of its all-new training headquarters.

The Defense Department’s newest service is considering six bases for the Space Training and Readiness Command, or STARCOM, and will begin site surveys by May to determine the best location to host STARCOM headquarters, the Air Force said in a statement.

“The assessment will be based on factors related to mission, infrastructure capacity, community support, environmental considerations and cost,” the statement said Monday.

STARCOM operates its temporary headquarters in Colorado Springs as it waits for a final location to be determined.

The Space Force organizational structure is leaner than its Air Force counterpart and comprises headquarters operations at the Pentagon; field commands, similar to the Air Force's major commands; Space “deltas,” which function like Air Force wings; and squadrons.

Created in August 2021, STARCOM is one of three field commands, along with Space Operations Command and Space Systems Command.

STARCOM is charged with preparing for combat operations in space. It also must test plans and equipment, and train guardians — the name for Space Force service members. 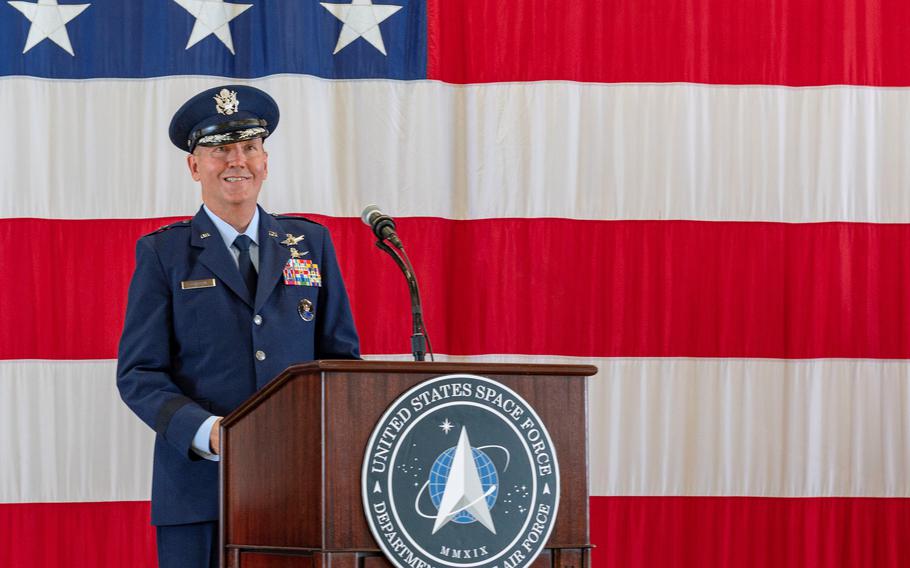 Brig. Gen. Shawn N. Bratton, first commander of the Space Training and Readiness Command, shares his vision for his command during a ceremony at Peterson Space Force Base, Colo., Aug. 23, 2021. Six current and future Space Force bases are in the running to be the new home to the command's headquarters and subordinate units. (Kirsten Brandes/U.S. Space Force)

Delta 11, the “Range and Aggressor” unit staffed with 100 active-duty guardians and airmen and located at Schriever Space Force Base, is tasked with delivering “realistic, threat-informed” live and virtual training and operations tests, the service says. The delta’s symbol features a red five-pointed star under a target sight.

Delta 12 will evaluate new capabilities and provide information on weapon system acquisition, while Delta 13 will deliver the service’s education programs.

Delta 10 is slated to be based out of Patrick Space Force Base. Schriever and Kirtland Air Force Base, N.M., are competing to host Delta 11 and Delta 12, with a decision expected this year, service officials have said.

In January 2021, the Trump administration announced it would move the joint U.S. Space Command, which oversees the military’s various space-based infrastructure and operations, from Peterson Space Force Base, Colo., to Redstone Arsenal, Ala., away from other space operations infrastructure. Lawmakers have raised concerns about potential political motivations for the move and last month again stressed the importance of a final decision on the transfer in a March 22 letter to President Joe Biden.

Investigations on the basing decision from the Government Accountability Office and the Defense Department Inspector General are still in progress. 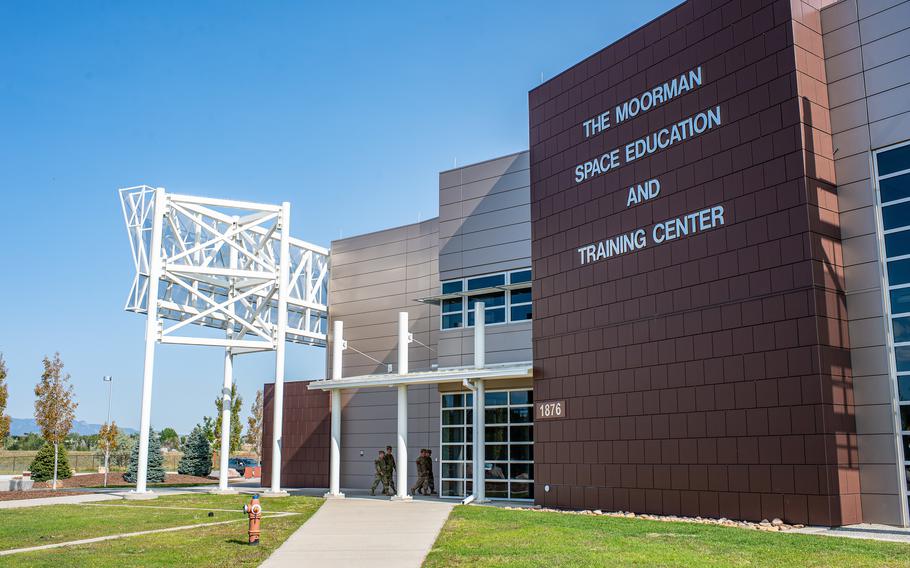 Airmen and guardians assigned to the 319th Combat Training Squadron enter the Moorman Space Education and Training Center at Peterson Space Force Base, Colo., in 2020. The squadron's parent unit, Space Delta 1, was realigned under Space Training and Readiness Command in 2021 and and is now located at Vandenberg Space Force Base, Calif. (JT Armstrong/U.S. Space Force)