Australia partners with the Pentagon on space defense 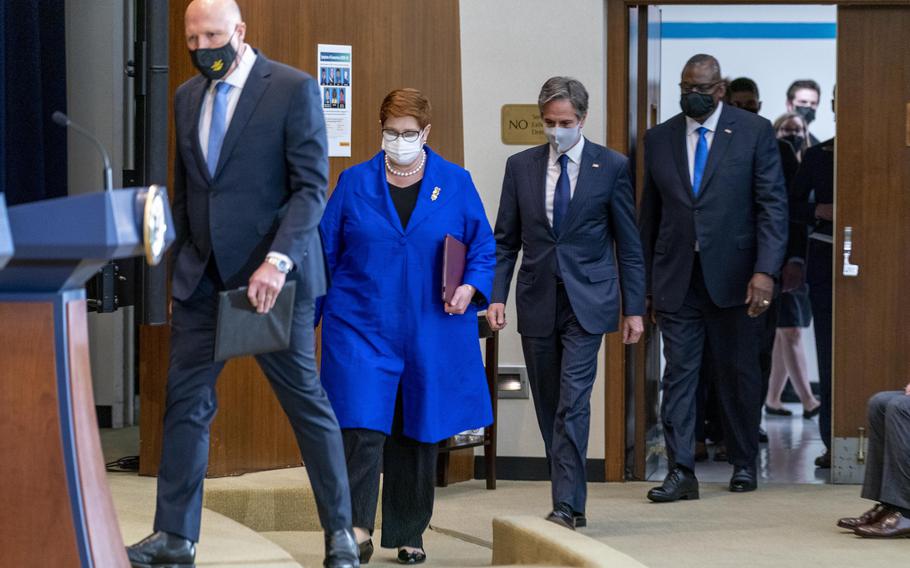 MELBOURNE, Australia — Australia’s military has lifted its gaze upward with a new “Space Command” and a partnership with the Pentagon.

The move Down Under follows the establishment of the U.S. Space Force in 2019 under President Donald Trump. The military’s space activities were formerly under the remit of the Air Force.

Australian Defense Minister Peter Dutton told an Australian Air Force conference Tuesday that the Defense Space Command was a step toward the nation’s own Space Force, which he said Australia would need in the future. A “despot hellbent on reinstating Russia’s imperial reach” alongside China’s military buildup had reinforced the importance of hard power, he added.

“Here, in the Indo-Pacific, many nations have been subjected to different forms of Chinese government coercion over a sustained period,” Dutton said.

The Australian Defense Force and the U.S. National Reconnaissance Office, part of the Defense Department, have committed to cooperative satellite activities and would together contribute to the U.S. pursuit of global coverage in intelligence missions, he said.

The Australian Defense Space Command was announced last year with operations commencing Tuesday. It was accompanied by a $5 billion investment in the Australian Defense Force’s space capabilities over a decade and includes personnel from the army, navy and air force headed by ​​aerospace engineer Air Vice-Marshal Cath Roberts.

Roberts told the Australian Broadcasting Corp. on Tuesday that the command would work to protect Australia’s space assets such as Internet satellites. She listed Russia’s successful firing of an antisatellite missile test in November and China’s towing of one of its own satellites into a different orbit while in space this year as examples of the way nations’ space capabilities were changing.

Last September, Australia joined the United States and Britain in the AUKUS security partnership, which includes Australia obtaining U.S.-developed technology to build at least eight nuclear-powered submarines. The partnership drew the ire of China, which accused members of having a “Cold War mentality.”

This month, Dutton announced an expansion of Australia’s Defense Force personnel by 30 percent and a new submarine base to be built on the nation’s east coast. The announcements precede an upcoming federal vote in Australia in which the ruling conservative party has framed national security as an election issue.

Australia this week also announced $18.5 million in spending to support local involvement in the space sector in India.