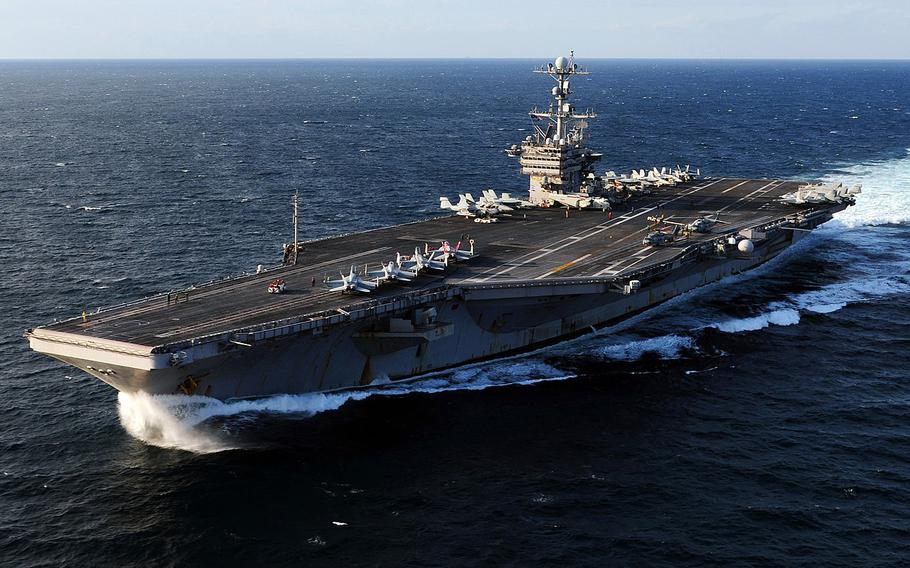 WASHINGTON — House lawmakers on Wednesday raised alarm over the string of suicides on the USS George Washington and the readiness of the Navy overall as the Pentagon’s top official acknowledged shortcomings with how sailors are housed on ships undergoing repairs.

Defense Secretary Lloyd Austin told a subpanel of the House Appropriations Committee that the Pentagon is awaiting the results of two investigations into the George Washington and figuring out how to lodge sailors in the future after three of the ship’s crew members died in less than one week in April.

“Whether or not we made the right choices is left to be said,” Austin said. “Certainly there’s a problem there. We’ve got to understand what the problem is a bit more and then we have to figure out what to do to ensure we don’t have these kinds of problems in the future.”

Rep. Marcy Kaptur, D-Ohio, said she was “terribly concerned” that the slow pace of ship repairs was creating a “dispirited situation” for the crews assigned to them. The George Washington has been undergoing a mid-life overhaul and refueling process at Newport News, Va., since 2017.

“For hundreds of sailors, they have no access to housing or a car, and they’re stuck on the ship,” Kaptur said. “This is really demoralizing.”

Work on the George Washington was expected to end in late 2021 but will now stretch into 2023, she said. Austin attributed the delay to the coronavirus pandemic and said the repair of a nuclear-powered aircraft carrier such as the George Washington required “very, very sophisticated work.” 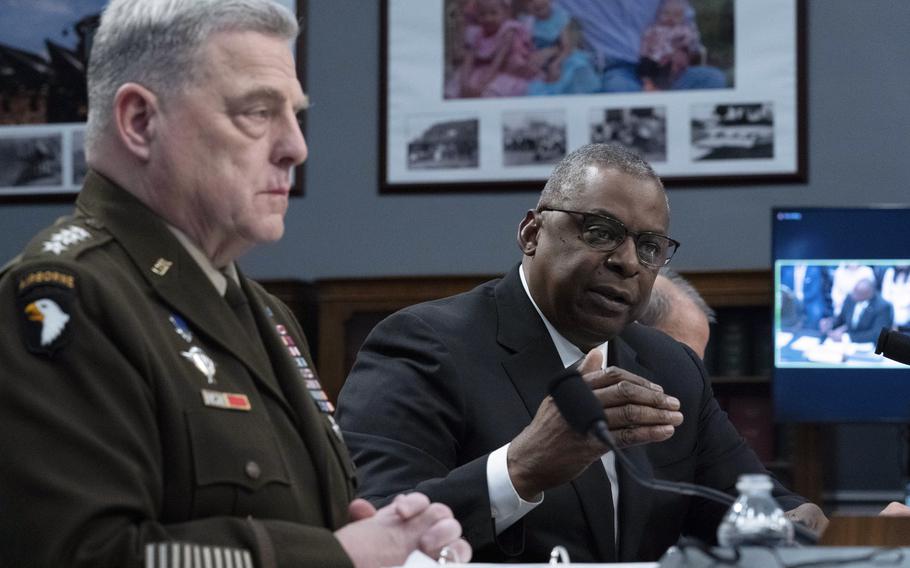 Defense Secretary Lloyd Austin, accompanied by Army Gen. Mark Milley, chairman of the Joint Chiefs of Staff, testifies Wednesday, May 11, 2022, before the House Committee on Appropriations subcommittee on defense during a hearing on Capitol Hill in Washington. (Jose Luis Magana/AP)

“It certainly was not anticipated that the ship would be in a repair cycle this long but nonetheless I expect the leadership to make the right decisions and I look forward to seeing what the investigations show,” he said.

The Navy allowed more than 200 sailors from the carrier to move to temporary housing at another local service installation earlier this month. Austin said Navy Secretary Carlos Del Toro will meet with the ship’s command on May 17.

Kaptur and several other lawmakers said they were worried the Navy was not spending enough money to improve repair backlogs, improve morale or prepare for the rising threat from China. The Pentagon’s requested budget for fiscal year 2023, which begins Oct. 1, seeks to retire 24 ships and decreases the fleet size from 298 ships today to 280 by 2027.

“I am troubled by the [Department of] Defense submission on the Navy because I see it getting worse,” Kaptur said. “I wanted to point a flashlight on this part of the budget and say we’ve got to do something … we are not taking care of those who are in service to our country right now.”

“With no clear shipbuilding plan and only eight ships requested in the budget, I have a very big concern that we’re not taking China in the South [China] Sea seriously, especially when China is building 22 ships this year,” Calvert said.

Army Gen. Mark Milley, chairman of the Joint Chiefs of Staff, said the Navy carefully assessed the risks and benefits of a “divest to invest” strategy that focuses on quality rather than quantity. Rep. Betty McCollum, D-Minn., chairwoman of the subcommittee, noted much of China’s fleet consists of smaller support ships.

Austin told lawmakers that the military has to counter China through multiple domains and the totality of investment in air, land, sea, space and cyber in the defense budget will meet that challenge.

“There is significant investment in a number of capabilities that are absolutely relevant to competition with China,” he said.