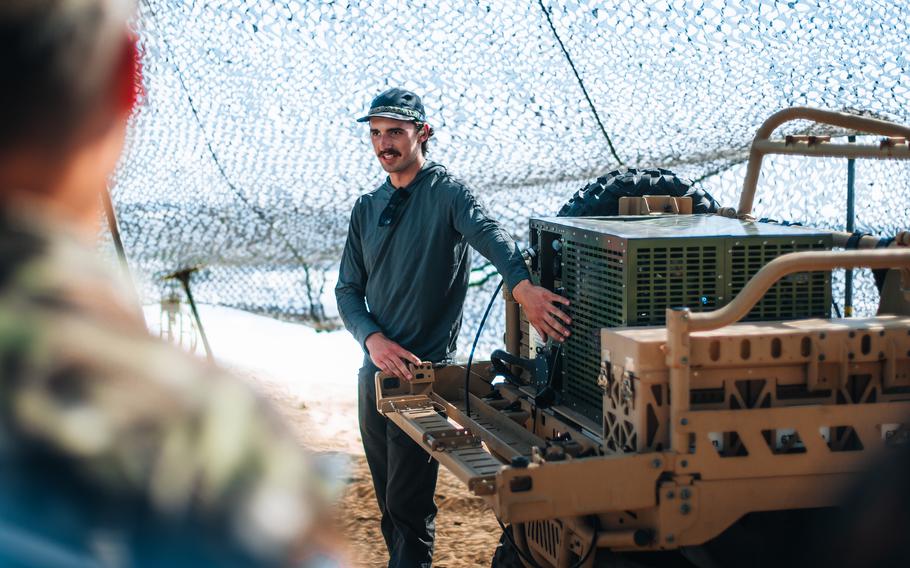 (Tribune News Service) — As the Marine Corps looks at the future of operations across the Pacific, the service is looking for ways to move lighter and faster in scenarios where supply lines may not be reliable.

At Marine Corps Base Hawaii in Kaneohe, the newly formed 3rd Marine Littoral Regiment is experimenting with new technologies to keep troops hydrated as they operate across far-flung islands and coastlines.

In recent months the MLR has been testing what the military calls the Atmospheric Portable-water Sustainment Unit — or APSU — and the Lightweight Water Purification System at Marine Corps Base Hawaii, which commanders see as a potentially promising solution to keeping troops hydrated as they operate across the vast expanse of the Pacific.

"Basically what this thing is, is it's kind of like a small dehumidifier with a purifier on it," said Capt. Sean Conderman, of the 3rd Marine Littoral Regiment's combat logistics battalion at MCBH. "We can mount it basically on any vehicle, and what it does is it pulls water out of the air to give us potable water without having to connect to an actual water source."

The APSU was developed by U.S. Indo-Pacific Command Logistics Science and Technology based on technology acquired from Florida­-based Snowbird Water Technologies.

"(INDOPACOM) kind of played with, like, the insides a little bit to make it a little bit better, a little bit more organized," said Conderman. "Then they looked for a unit that could experiment with it, and who better than someone in the MLR."

The 3rd MLR, which the Marine Corps officially activated in March at MCBH, is set to serve as the blueprint for a planned reorganization of the entire military branch. Under Force Design 2030, the Marine Corps seeks to look beyond the past two ­decades of bloody counterinsurgency warfare in the deserts of Iraq and Syria and the mountains of Afghanistan and return to its roots as a naval fighting force with a focus on coastal and island warfare.

The reorganization is aimed at preparing the Marine Corps for the possibility of confrontations with the Chinese military as tensions mount in the Pacific, especially in the disputed South China Sea — a critical waterway through which at least one-third of all international trade moves. The Chinese military has stationed troops on disputed reefs in the region and built artificial islands to consolidate its position.

The Marine Corps envisions small teams of troops operating across island chains manning anti-ship missile batteries. These small teams will be expected to operate without outside support for extended periods of time and get creative with logistics in an environment where enemy forces could cut supply lines — or friendly forces may simply be too far away to respond quickly.

Conderman said the APSU allows Marines to collect additional water "on the move" as they conduct operations. "In the humid kind of warm environments, especially that we see across INDOPACOM, those humid environments are ideal for it," he explained. "When we're talking about austere locations or, you know, these foreign environments that [we] might be operating in, we're de-tethering ourselves from a water source, enabling us to go really anywhere. … This allows us to establish positions in those austere locations, wherever it's more tactically advantageous, not necessarily tied to logistics, which gives us the flexibility to do what we want and gain that advantage." 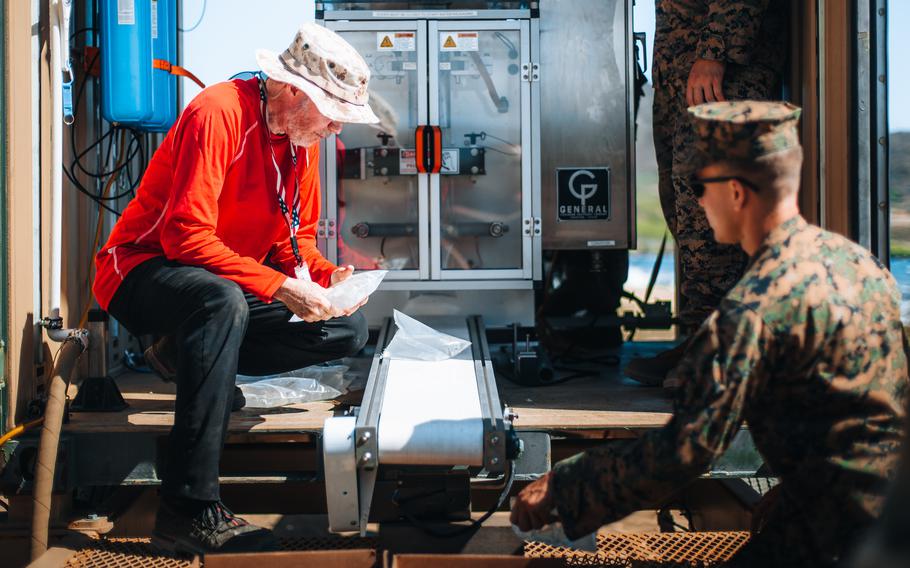 In addition to the water-generating system, the Marines are also experimenting with a bagging system to help Marines store and carry the water instead of relying on large storage tanks of water.

"What that allows us to do is store in bulk. So, for example, I'm not tied to a water source, I'm still pulling it out of the air, but now I can bag this water instead of having to rely on big containers," said Conderman. "So, in other words, reducing our actual footprint places as well."

Right now Marines are experimenting on the best ways to power the machine, testing a variety of batteries including lithium ion.

"It's not like it has to be running with a generator or an engine or anything, because these batteries charge pretty quick and they give us roughly 72 hours of use, " said Conderman.

But the APSU is one of several systems the Marines are exploring. They are contracting for a considerably larger water generator that is projected to produce as much as 100 to 200 gallons. "It's a much bigger atmospheric water generator. It's a lot bigger footprint, and we're still working through the kinks on making it more rugged-ized."