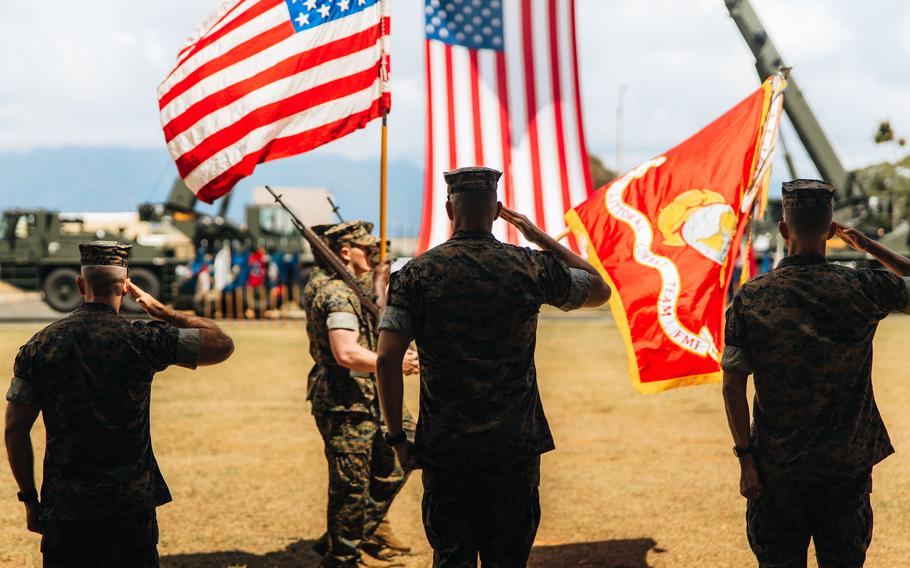 The 1st Battalion, 3rd Marines, was redesignated 3rd Littoral Combat Team, while Combat Logistics Battalion 3 was realigned under the 3rd Marine Littoral Regiment at ceremonies Thursday and Friday at Marine Corps Base Hawaii, the Marine Corps said in a news release Friday.

The changes are intended to remold the service into a lighter force more adapted to fighting in the kinds of contested maritime spaces expected to be central in a conflict with China.

“This is a significant moment in Marine Corps history,” Col. Timothy S. Brady, commander of the 3rd Marine Littoral Regiment, said in the news release. “This transformation began two years ago when the Commandant of the Marine Corps laid out his guidance for the force of the future in Force Design 2030.”

The 3rd Littoral Anti-Air Battalion was administratively activated in February, according to the Marine Corps release. The regiment is not expected to be fully operational for several years.

The newly designated 3rd Littoral Combat Team is being organized and equipped to support the Navy in controlling areas of sea and denying adversaries access to contested waters, according to the release.

The 3rd Marine Littoral Regiment is slated to participate in the Rim of the Pacific maritime exercise in Hawaii, which kicks off on Wednesday.