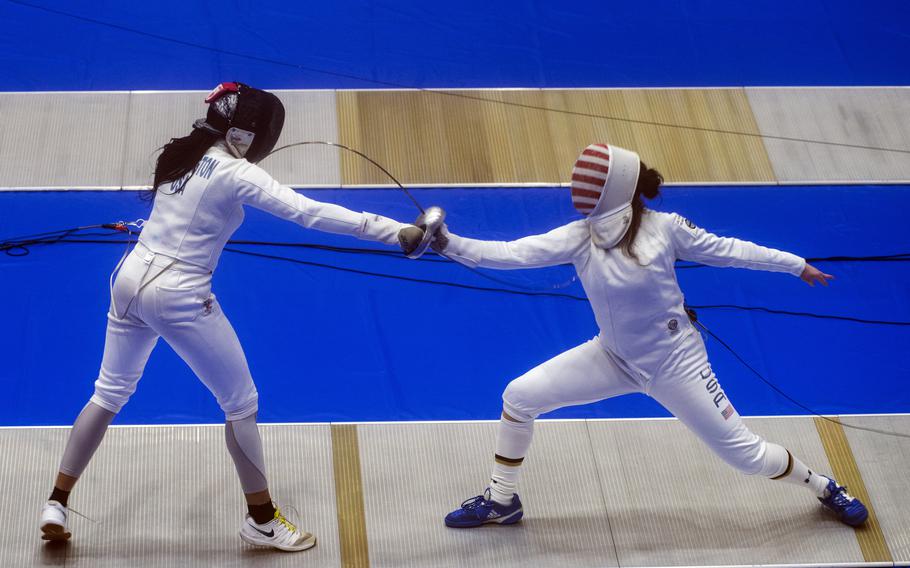 MCAS Iwakuni, where the team arrived Tuesday evening, shares the complex with Iwakuni city. Although the limited number of tickets to watch the team practice were snatched up within days, Marine Corps Community Services Iwakuni handed out a few more Wednesday.

About 25 people turned up at the complex’s Lotus Culture Center Arena to watch the fencers polish their parries and thrusts.

“We have never seen fencing live, so it gave us a chance to read and learn about it and a chance to come see it live,” Navy spouse Rebecca Calder told Stars and Stripes. “This opens up a whole new world to me and my kids.”

The women fencers arrived the day before the U.S. women’s Olympic softball team departed the air station for their upcoming Olympic matches. 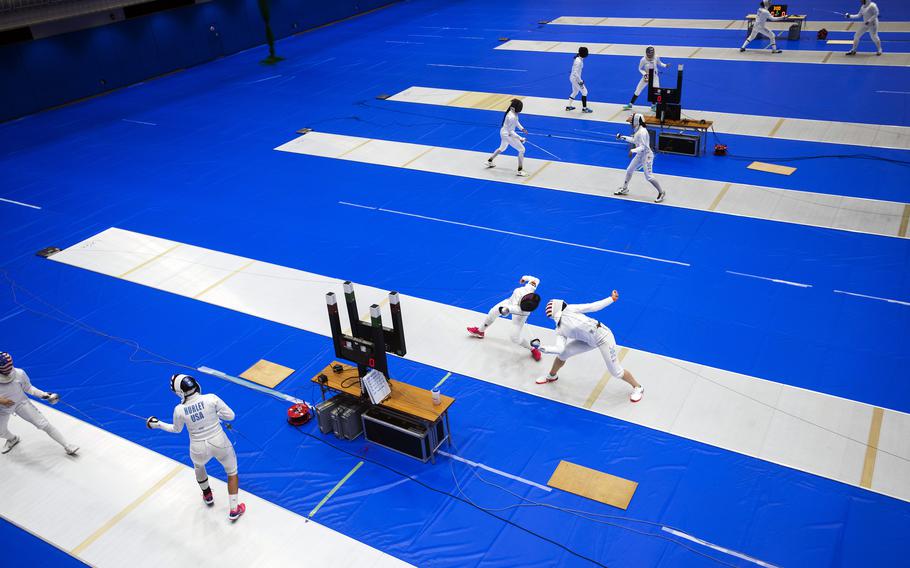 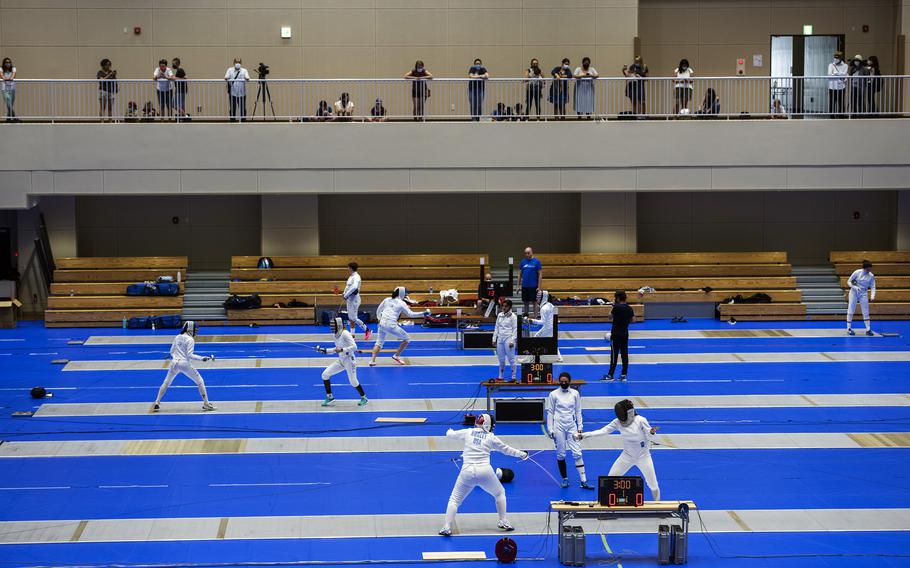 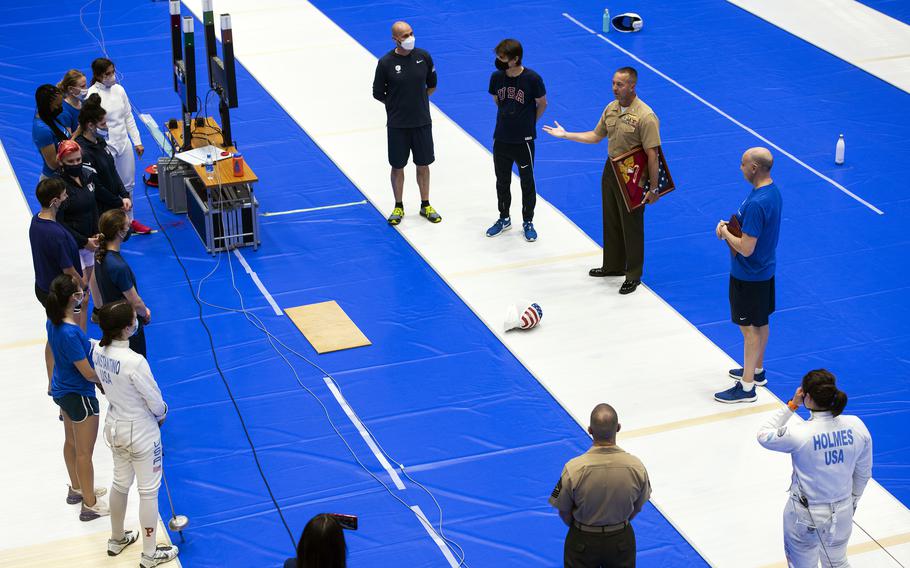 The softball team is scheduled to play in Fukushima July 21 and 22 in the opening rounds, first against Italy and then Canada. The games officially begin July 23 with closing ceremonies on Aug. 8.

The U.S. team went undefeated in four doubleheaders against three Japanese professional teams in exhibition play during a weeklong stay at the air station.

Weather delayed the first exhibition game against the Iyo Bank Vertz by seven hours, but the remaining three days of matches started as scheduled.

“There was zero issues with the weather because of the new covered training area by Kizuna Stadium,” the team’s head coach, Ken Eriksen, told Stars and Stripes in an email Wednesday. “The city has done an incredible job over the last three years upgrading the training areas for softball.”

The road to the Tokyo Games has not been easy for the team during the coronavirus pandemic.

The Olympians’ interaction with anyone outside their groups is constricted by regulations imposed to prevent any possible spread of COVID-19. Even the postgame congratulatory line-ups were reduced to distant bows between teams.

Safeguards imposed on the team affected its training schedule even before the players arrived at Iwakuni, Eriksen said in his email.

“Well, understandably, we have been limited, comparatively speaking, to what was originally planned schedule-wise,” he said. “Since then, our national governing body has done an incredible job of finding training sites for us at least 10 days every month. The challenges are that we have been reliant on our players to keep up the hard work in those other 20 days of the month they weren’t with us.”

Eriksen said the players’ inability to interact with the local communities had an upside.

“Not being able to go out into the communities to experience each region’s cultures, that’s a great bonus for us during rest and recovery,” he said by email.

The women fencers were at work 15 hours after they arrived at Iwakuni Airport, which shares a runway with the air station. They are scheduled to practice 10 a.m. to noon every day until Sunday, according to the Iwakuni city Sports Promotion Division.

The fencers spent two hours moving back and forth against one another in warm-up bouts Wednesday. The sudden availability of seats to view Olympians at work was a boon to Marine spouse Sara Dillon, who came to watch.

“I was let in without a ticket,” she said. “So, whoever didn’t come for their ticket, thank you!”