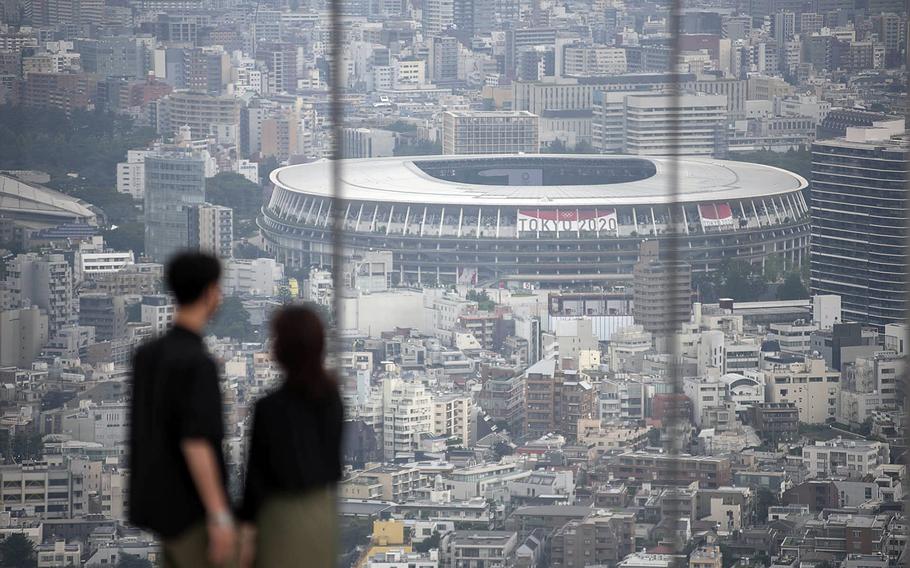 TOKYO – Japan’s capital city has announced its highest one-day count of new coronavirus cases since May, a troubling milepost as the nation prepares to host the Olympics in nine days.

The Tokyo Metropolitan Government reported another 1,149 new coronavirus cases Wednesday, according to public broadcaster NHK. That’s the highest daily figure since 1,121 on May 8, the peak of the previous wave of COVID-19 cases, according to metro data online.

For the past 25 days, Tokyo’s daily case numbers have exceeded those from the previous week, NHK reported. The number of new patients Wednesday was 229 more than July 7.

The newly infected individuals bring the city’s pandemic total to 184,119 coronavirus patients, according to metro data. The city also reported four deaths Wednesday for a total of 2,262.

Tokyo is under its fourth state of emergency in hopes of curtailing the latest viral surge. Bars and restaurants are expected to close early and refrain from selling alcohol. Residents are encouraged to avoid unnecessary travel. Mask wearing is nearly universal on city streets and public transportation.

The Olympics are expected to go on without spectators in the stands or with athletes not permitted much contact with people outside their respective bubbles. The traditional torch run has been trimmed to a series of semi-public events to avoid attracting large crowds to see the Olympic flame pass along Tokyo streets.

Among U.S. bases, Kadena Air Base on Okinawa added three more coronavirus patients to 22 already this month, according to a base Facebook post Tuesday evening. All three became ill with COVID-19 symptoms before testing positive, according to the air base.

U.S. Army Japan had one person test positive for the coronavirus in the past week, according to a news release from Army headquarters at Camp Zama, southeast of central Tokyo. The infected person had recently traveled outside Japan and was still under 14 days’ restricted movement.

Marine Corps Air Station Iwakuni, south of Hiroshima, reported two individuals had tested positive there, according to an air station news release Wednesday. Neither case is associated with the U.S. women’s softball and fencing teams, which are at the air station while preparing for the Olympics.

Sasebo Naval Base, on the island of Kyushu, said one person had fallen ill with COVID-19 symptoms and tested positive on Monday, according to the base Facebook page. The naval base last reported one new patient on May 25.

U.S. case numbers have dropped significantly with the arrival in December of coronavirus vaccines for service members, their families and Defense Department civilian employees. Yokosuka Naval Base has no active cases, according to a statement from the base Tuesday.

The U.S. Navy in Japan, overrun a year ago by the coronavirus, now has only three active cases, Rear Adm. Brian Fort, the outgoing Naval Forces Japan commander, said Wednesday.