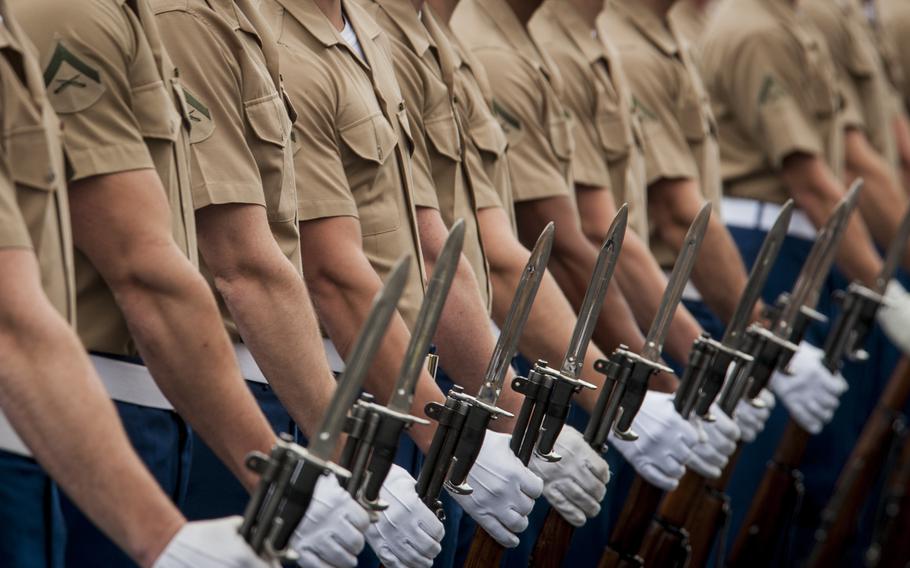 WASHINGTON — The active-duty force of the Marine Corps would shrink by about 1.1% under its 2022 budget proposal as the service continues to redesign itself to meet rising threats posed by China, according to budget materials released Friday.

While the service’s $47.9 billion proposed budget is up $2.8 billion from fiscal year 2021, it would cut 2,700 active-duty Marines as the service “is vigorously redesigning the force for naval expeditionary warfare in actively contested spaces,” according to the budget documents.

“The reduction of active-duty end strength is part of the larger effort to modernize the Marine Corps by divesting of legacy capabilities, such as tanks, bridging and law enforcement, along with a reduction of surge capacity, with the intent of investing in modernization,” the service said in the budget materials.

The change aligns with the Force Design 2030, a modernization effort announced in March 2020 that aims to transition the Marine Corps from a force focused on large-scale amphibious and sustained ashore operations to one optimized to support naval expeditionary campaigns.

To assist in the transition, the service is asking for $3 billion in procurements, which would include funds for ground-based anti-ship missiles and high-mobility artillery rocket system programs and purchase 613 joint light tactical vehicles and 92 amphibious combat vehicles, according to the budget materials.

“We prioritize investments in force-design programs that underwrite Marine Corps expeditionary nature and ability to contribute as a part of a larger naval campaign, including key efforts like long-range fires, sensors and network modernization,” Rear Adm. John Gumbleton, deputy assistant secretary of the Navy for budget, told reporters at the Pentagon on Friday.