Air Force seeks to cut dozens of aircraft, invest in the future in $156.3 billion spending plan 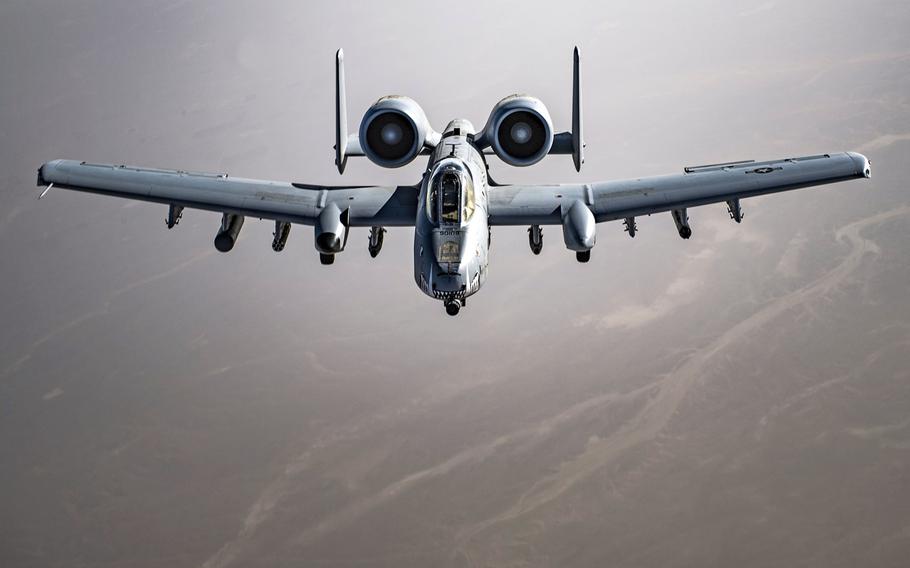 The Air Force seeks a slight funding boost in its $156.3 billion budget request for fiscal year 2022 unveiled Friday, which officials said made tough choices to divest from workhorse aircraft to fund the service’s future weapons programs.

The budget proposal seeks about a 2.3% increase from 2021 levels, but it would cut some 200 aircraft and about 800 active-duty troops to boost spending on the development of critical new technology, including hypersonic missiles and next-generation nuclear weapons. The Air Force request was rolled out Friday alongside the Pentagon’s proposed $715 billion fiscal year 2022 budget, which top officials said focused primarily on ensuring the United States retains its military advantage through the coming decades over an increasingly capable China.

“The Department of the Air Force faces increasing budget pressure based on growing costs of sustainment for current and aging force structure, continuous combat operations and long-deferred modernization,” Maj. Gen. James D. Peccia III, the Air Force’s deputy assistant secretary for budget, said Friday at the Pentagon. “It is essential to [cut] aging, costly and less-than-capable legacy systems, so we can deliver and direct resources toward the capabilities needed for future competition.”

The service said those divestments would save some $1.4 billion. However, at least some of those cuts — including to the popular A-10s, C-130s and RQ-4s — are certain to be challenged by lawmakers, who have repeatedly stepped in to ensure such aircraft remain in the Air Force inventory.

Peccia said Friday that the service needed the money freed up by retiring those aircraft to increase Air Force research, development, testing, and evaluation coffers, which would receive a $2.2 billion boost over 2021 levels to $28.8 billion in the budget proposal.

That RDT&E money is largely aimed at developing modern nuclear and hypersonic weapons, advanced command and control platforms, and the Air Force’s Next Generation Air Dominance Program, which aims to look at the future of fighter jet and drone systems.

The budget includes $3 billion for development of the B-21 nuclear bomber, which the Air Force hopes will make its first test flight next year. It also includes $2.6 billion for development of the Ground Based Strategic Deterrent, a $1.1 billion boost for the program that the service hopes will replace its Cold War-era Minuteman III intercontinental ballistic missiles beginning in 2029.

In addition to the cuts to aircraft and end strength, the budget proposal would also slash flying hours for Air Force pilots. The 2022 budget request would fund 1.15 million flying hours, down from 1.24 million in 2021.

Peccia said the flying hours drop was largely determined by operational changes overseas, where pilots are flying less combat hours in places such as Iraq, Syria and Afghanistan, where all U.S. forces are expected to leave by September. Those operational flying hours accounted for about 75% of the hours cut. The rest, the general said, were cuts to peace-time — or training — flight hours, which he called “a little bit more of a risk.”