Army backtracks, announcing heating caps and other measures to cut energy use in Europe 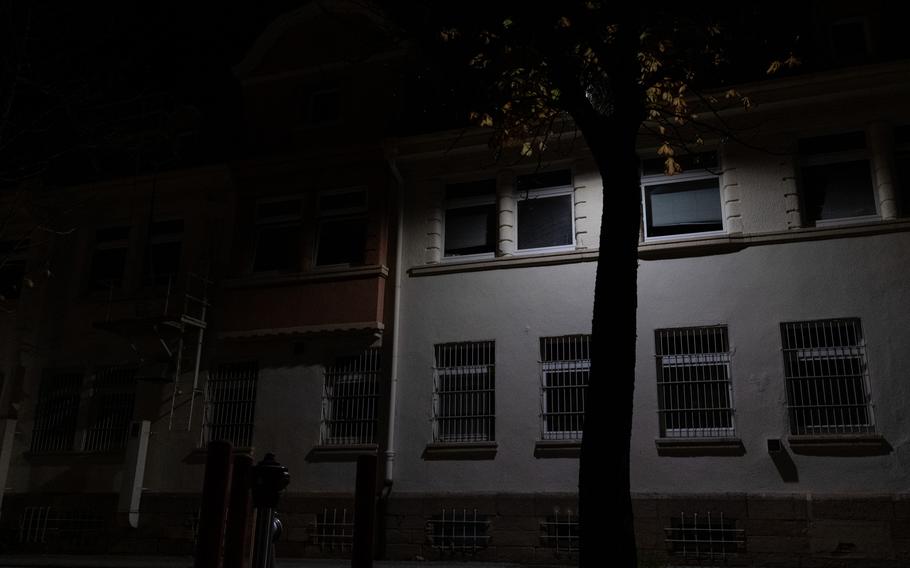 A building at Kleber Kaserne in Kaiserslautern, Germany, is illuminated by a single light Wednesday, Oct. 26, 2022. New Army measures to conserve energy at European bases call for heating caps and disuse of outdoor lighting that offers little security or safety. (Phillip Walter Wellman/Stars and Stripes)

KAISERSLAUTERN, Germany — U.S. Army garrisons in Europe are set to be colder and darker this winter because of new conservation measures taken in response to the Continent’s energy crisis.

The energy cutbacks were presented in a memo that is dated Oct. 21 but was released this week. They went into effect immediately and will be observed until April.

“We must reduce fuel and energy consumption; otherwise, our costs will continue to rise,” Installation Management Command-Europe director Tommy Mize said in the memo.

As part of the measures, buildings are to be heated to no more than 66 degrees Fahrenheit, and unnecessary outdoor lighting is to be turned off.

The move comes less than two months after the Army told Stars and Stripes it had no plans to specify heating limits at its European installations.

Officials said then that the service is not bound by host nation regulations and would try to reduce energy consumption by other means.

Earlier this year, the European Union pledged to cut overall consumption of natural gas by 15% as Russian imports dwindle, a consequence of the Kremlin’s response to Western sanctions punishing Russia for its war of aggression in Ukraine.

The Army’s conservation measures will help ensure it is “part of the solution” to the energy challenges facing European allies, Mize said. 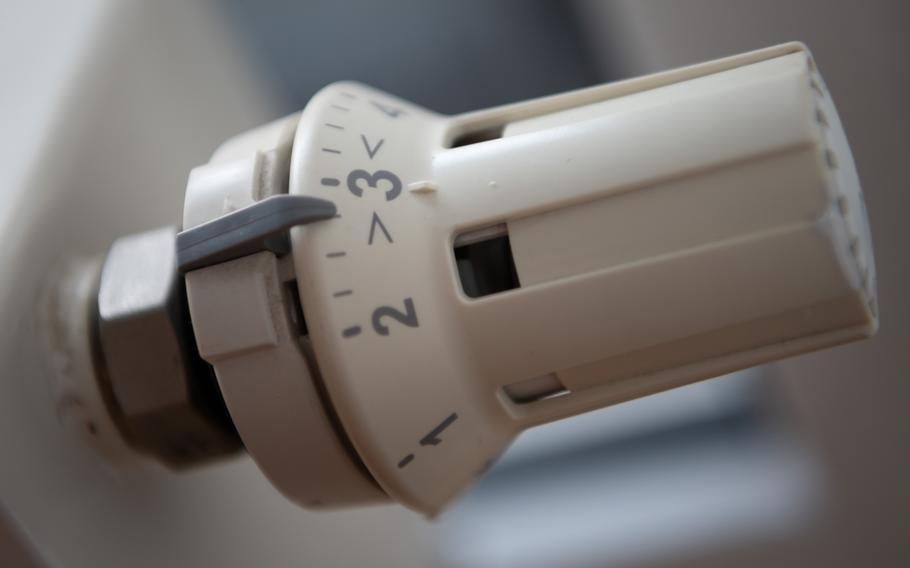 Army officials say buildings on installations in Europe should not be heated above 66 degrees Fahrenheit this fall and winter. That is just below heat level 3 on many European radiators. (Phillip Walter Wellman/Stars and Stripes)

The 66 degrees cap, which is slightly below heat level 3 on many European radiators, will apply to all workplaces during office hours and will be reduced to 50 degrees, or heat level 1, during nonworking hours, according to the new guidelines.

Nonwork areas, such as hallways and bathrooms, will remain at 50 degrees throughout the day. Facilities such as hospitals, schools and child development centers are exempt from the measures but are being encouraged to adopt them if possible.

The memo also says outdoor lighting at all installation buildings should be turned off if it provides little safety or security.

In addition, it directs service members to get rid of space heaters, keep doors and windows closed except for ventilation and open shutters during the day to let in sunlight but close them at night to trap warmth.

Although no enforcement mechanism is specified in the memo, garrison leaders think there will be a personal incentive to abide by the measures, command spokesman Mark Heeter said.

“People are looking to their own energy consumption as a way to help themselves while also contributing to solving a bigger problem,” Heeter said.

Officials say soldiers living in barracks and Army family housing also should reduce heat at home. The memorandum lacks a standard maximum home temperature but says DOD employees who are leaving on vacation should keep their residence no warmer than 50 degrees.

Despite a recent drop in energy costs, continued concerns over the price of natural gas, which jumped by 300% in some military communities in Germany and Italy this summer, appear to be a main reason for the U-turn by the command.

As a result of unusually warm fall weather and ongoing EU efforts, natural gas prices on Europe's TTF benchmark on Monday fell below $100 per megawatt-hour for the first time since June. That was a 70% drop from late-August highs of about $350 per megawatt-hour.

European storage facilities are also over 90% full, according to data from Gas Infrastructure Europe.

Still, prices could rise sharply again when the weather gets colder, according to experts, who have also voiced concerns about the threat of sabotage and the impact it could have on the market.

The largest Air Force wing in Europe and Africa is also attempting to match the EU’s collective 15% gas reduction. Ramstein Air Base’s 86th Airlift Wing announced that decision in a Sept. 26 memorandum that was issued Sunday, nearly a month later.

The Air Force memo says buildings should not be heated over 68 degrees Fahrenheit, as opposed to the Army’s 66 degrees.

The Army relies on local power grids for most of the electricity it uses to power its European garrisons.

In fiscal year 2021, the Army spent $6.6 million on natural gas for its garrisons in Germany alone during, and it is estimated to have spent about $10 million during fiscal year 2022, which ended last month, IMCOM-Europe told Stars and Stripes in August.