U.S. service members and their families in Italy are facing sharp cost increases for their utility bills. (Dire agency)

NAPLES, Italy — U.S. service members and their families in Italy are facing sharp increases in the cost of lighting and heating their homes that could leave them paying out of their pockets for utility bills.

The situation soon may get worse for sailors and civilians who pay for their utilities through the Navy exchange at Naval Support Activity Naples.

On Saturday, their electricity cost could rise by somewhere between 48% and 80%, or 40 to 50 cents per kilowatt hour, said Aldo Giovanni Moccia, services operations supervisor for the Navy Exchange at NSA Naples. For the past few months, they have been charged 27 cents.

“Such a big change we haven’t seen in a while,” said Moccia, who said electricity prices gradually have increased about every three months. Moccia cautioned that no official statement on an increase had been made as of Wednesday.

The budget punch might be cushioned by a 22% increase in the monthly allowance service members living off base in Italy receive to pay for utilities and maintenance. 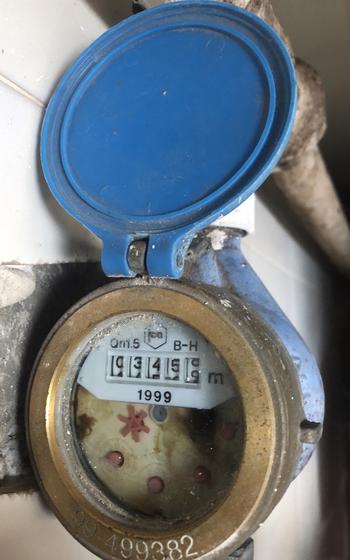 Even so, some military families worry that the larger stipend won’t be enough this fall and winter.

Costanza Hanford, whose husband is an active-duty sailor assigned to NSA Naples, said her family of three paid about 100 euros a month for gas over the summer months. Their monthly electricity bill averages about 300 euros, she said.

Hanford was waiting to see her most recent gas and electricity bills to determine whether the allowance increase would cover them.

“I’m assuming no, since the increase (in utility costs) is way more than the increase in the allowance,” Hanford said.

Consumer costs for natural gas could rise as much as 120% this winter, the Italian newspaper Corriere della Sera reported Thursday. But leaks discovered this week in Russia’s Nord Stream pipelines could drive prices even higher, it said.

Although European leaders and NATO are not yet assigning blame, they say the leaks have all the hallmarks of sabotage.

Natural gas bills for soldiers have surged as much as 300% in Vicenza, retired Army Lt. Gen. Ray Mason, the director of Army Emergency Relief, told Stars and Stripes this week.

Electricity prices are likewise expected to increase by as much as 60% over the final quarter of the year, Corriere della Sera reported. The cost could rise to 67 cents per kilowatt hour, an increase of about 25 cents from the previous quarter, according to the report.

U.S. military installations in Italy also are seeing a significant rise in their utility costs, which for U.S. Army Garrison Italy in Vicenza have outpaced estimates.

The garrison originally budgeted for a 40% increase in overall utility costs for this fiscal year, which ends Friday, said Rick Scavetta, a spokesman for U.S. Army Garrison Italy.

But the garrison now estimates those costs to be 123% higher than those of the previous year, he said.

“This winter, the costs of natural gas for heating are of primary concern,” Scavetta said.

In October, the base plans to promote energy conservation over the winter and beyond, especially as European Union countries implement strategies for doing so, he said.

Aviano Air Base and NSA Naples haven’t yet answered Stars and Stripes questions from Sept. 7 and Sept. 21, respectively, on how much they were spending on gas and electricity or whether those expenditures were consistent with budget projections. They also haven’t said how they planned to communicate to their communities about conserving gas and electricity.

“This year, we really, really need our community to care about their energy consumption and take prudent steps to reduce,” said Scavetta, the Army spokesman.