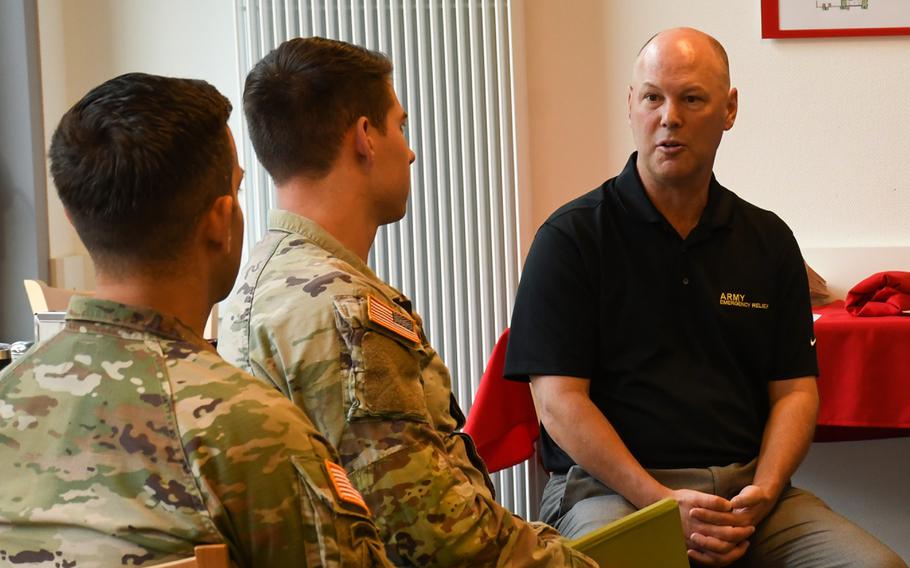 KAISERSLAUTERN, Germany ― Army leaders are concerned that skyrocketing European utilities expenses will leave some U.S. soldiers living in Germany and Italy with cold comfort this fall and winter.

Officials from Army Emergency Relief, a charity that helps cash-strapped troops, have been touring U.S. bases in Europe and speaking with soldiers about ways to alleviate the economic stress, which in large part stems from actions taken following Russia’s February invasion of Ukraine.

On average, gas prices across Europe are more than 200% higher than they were this time last year, according to Reuters.

“Everywhere we’ve been, the leadership has been very concerned about rising energy costs,” retired Lt. Gen. Ray Mason, the charity’s director, said Tuesday during a visit to Rhine Ordnance Barracks in Kaiserslautern, part of the largest American military community overseas.

The stop followed others in Germany and Italy by Mason and his team and preceded a visit to Belgium. The situation in parts of Italy is particularly dire, with soldiers in the northeastern city of Vicenza seeing a 300% rise in gas prices, Mason said.

Most soldiers and Defense Department civilians in Europe live off base, according to Installation Management Command-Europe. While DOD personnel do receive varying levels of housing and utility allowances, the stipends may not be enough for some to avoid out-of-pocket costs.

“Unfortunately, the storm is coming,” Mason said, adding that on top of the rising energy costs, which are expected to mount as the months get colder, inflation will likely continue.

Army Emergency Relief is encouraging soldiers in Europe who are experiencing financial hardship, whether it’s linked to rising energy prices or not, to contact the nearest AER branch and have a counselor go over their finances.

The charity is the Army’s official nonprofit and provides grants, interest-free loans and scholarships based on need, with each application evaluated individually. While there’s no cap, recipients usually get between $1,800 and $2,000.

Counselors also work with soldiers to manage their finances if they’re still having trouble after receiving aid.

This summer, utility and maintenance allowances for soldiers with dependents who pay their own utility bills in Germany and Italy increased by about 170 euros and 230 euros respectively, according to U.S. Army Europe and Africa. Personnel without dependents receive 75% of those increased rates.

A second raise could be on its way for those same soldiers, USAREUR-AF spokesman Maj. Scott Kuhn said.

USAREUR-AF’s financial management branch has been working with the Office of the Secretary of Defense and explaining how an additional increase would help troops in Europe, but a decision has yet to be made, Kuhn said.

Moscow reduced gas supplies to the Continent via the Nord Stream 1 pipeline, which connects Russia to Germany, before suspending them altogether in August. The Kremlin blamed Western sanctions for causing technical difficulties.

European politicians, however, say that was just a pretext to halt exports. They accuse Russian President Vladimir Putin of weaponizing energy in an attempt to drive up prices and sow uncertainty.

On Tuesday, as many in Germany began to heat their homes for the first time since spring, a leak was discovered in Nord Stream 1, dashing hopes that Europe will be able to receive gas from the pipeline before winter.

A second leak was found in the Nord Stream 2 pipeline, leading to speculation of sabotage. The invasion of Ukraine prompted Germany to terminate plans for importing Russian gas through Nord Stream 2, which has never gone online for commercial supply.

European gas futures rose 11% Wednesday following news of the leaks and amid new worries about the risks to gas supplies to Europe.