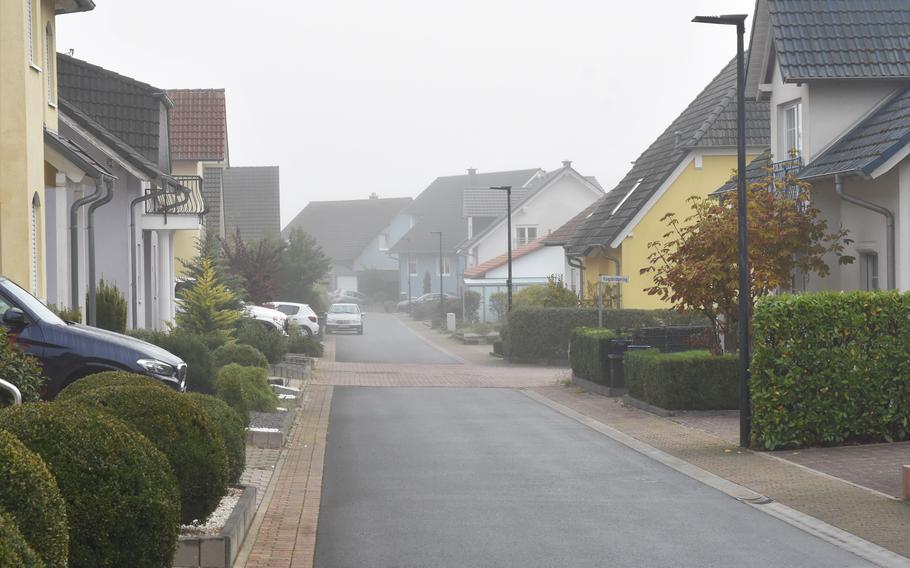 Americans and Germans live on this street in Weilerbach, a village about 10 minutes from Ramstein Air Base, Germany, that has parks, lots of shops and numerous trails. More American military families are applying to live on base in the face of rising utility prices in Germany this winter. (Jennifer H. Svan/Stars and Stripes)

KAISERSLAUTERN, Germany — Skyrocketing utility prices in Germany are driving more U.S. military families to seek on-base housing, where they don’t have to worry about paying heating bills this winter.

The wait list for on-base housing in the Kaiserslautern Military Community has climbed 57% over this time last year, from 94 service members to 148, Ronald Jung, a spokesman for the 86th Airlift Wing at Ramstein Air Base, said in a statement.

But the rising demand is coming largely from off-base families who want to move on base, Jung added, and military family members who spoke with Stars and Stripes cited energy prices as the reason.

“At this time last year, there was virtually no waitlist for these homes,” he said. 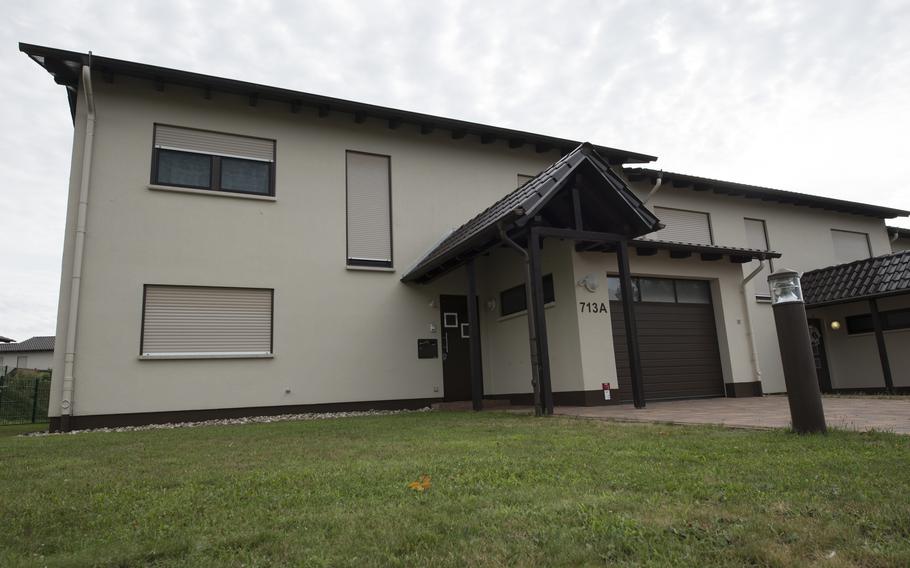 A townhouse at Ramstein Air Base, Germany, Aug. 9, 2019. More military families are requesting base housing, as energy prices off base continue to rise steeply. (Taylor Slater/U.S. Air Force)

Families may apply to live at a particular installation, which may have made on-base housing more desirable, Jung said.

Army installations “have not noticed an increase in requests to move on post specifically due to energy costs,” said Mark Heeter, a spokesman for Installation Management Command-Europe.

However, the price of gas alone has gone up more than 200% on average for couples and families in Germany since a year ago, according to price comparison portal Check24. Some service members in the Kaiserslautern area, home to about 50,000 U.S. personnel and their families, say their prices have gone up more than that.

Brandy Sheldon said she’s been pulling money out of savings the last few months to cover rising utility prices on top of higher grocery and fuel bills. That coincides with a cost-of-living allowance for U.S. troops in this part of Germany that has been slowly falling for months.

Sheldon’s husband is an Army chief warrant officer 3. The family is moving on base from Hochspeyer to curb their expenses and for their kids, who she said had no one to play with in the village.

They accepted a townhome on the Vogelweh installation last week, Sheldon said.

“Once we saw the utilities increasing drastically over the winter months,” combined with other costs, “we decided on-base was the best choice for us,” she said.

Some military families have ideas of finding a historic half-timbered house for their tour in this heavily forested part of the country, while others like modern German homes.

But those dreams can lose out to practicality.

When Sophie Pappas and her family went to see a four-bedroom house offered to them at Vogelweh this week, a housing official said “you’re coming at a great time. Everybody is coming in this week to try and get on the waitlist,” Pappas said Friday.

Pappas and her husband, an Army second lieutenant, accepted the house Friday, despite having fallen in love with a “quintessential German house” in Weilerbach, a village popular with Americans about 10 minutes from Ramstein Air Base.

The family arrived in September from Hawaii and began house hunting after they were told the on-base wait could last anywhere from two to 36 months. The Vogelweh house became available the day they were to sign their Weilerbach lease.

The Pappases did the math: Estimated utility expenses in Weilerbach, about $1,200 a month; the family’s monthly utility stipend, $860.

A family adding their names to the waitlist at the housing office told Pappas their utility expenses had risen 300% since January, she said.

“It just seemed like a risk we didn’t want to take,” Pappas said. 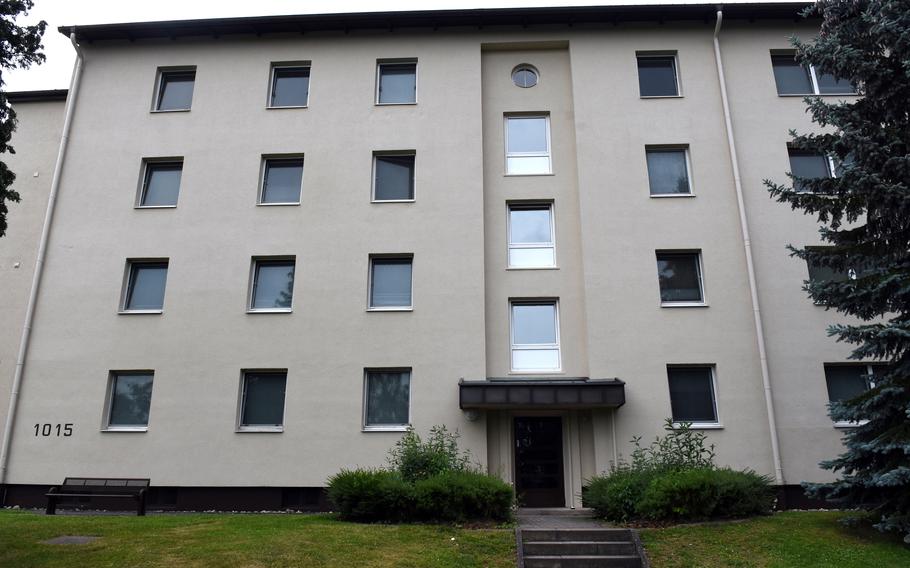 Beside duplex housing, U.S. bases in Germany have apartment buildings dubbed "stairwell housing," like this one at Vogelweh near Kaiserslautern, Germany in 2018. (Jennifer H. Svan/Stars and Stripes)

Base residents don’t pay rent, water or heating bills. They do pay for internet, television and phone services.

Defense Department personnel receive varying levels of housing and utility allowances off base, but many are worried that those stipends won’t be enough.

One airman who lives in Otterberg told Stars and Stripes last week that his gas bill alone has climbed from 110 euros a month to 799 euros a month in the past year. His total utilities allowance is 820 euros a month.

With a newborn at home, turning off the heat isn’t an option, he said.

Moscow reduced gas supplies to the Continent via the Nord Stream 1 pipeline, which connects Russia to Germany, before suspending them altogether in August. The Kremlin blamed Western sanctions for causing technical difficulties.

Base housing at Kaiserslautern-area installations is limited to active-duty members and their families. Most of the Americans assigned here live in outlying villages or in the city.

Off-base housing offers Americans a new experience. They can walk to shops and interact with German neighbors.

“The views were beautiful” off base, one person who now lives on base wrote on a local Facebook page earlier this month. But “I like not having to worry about our heating bill in the winter.” 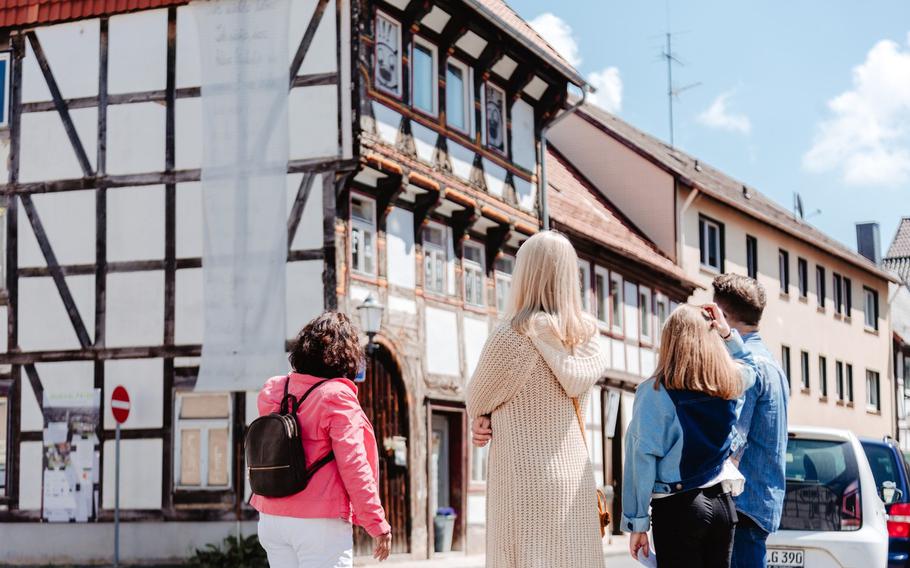 Some military families have ideas of finding a historic, half-timbered house for their tour in Germany, though that may not always be realistic depending on rank, location and unit policies. (Daniel Li/Einbeck Tourismus)