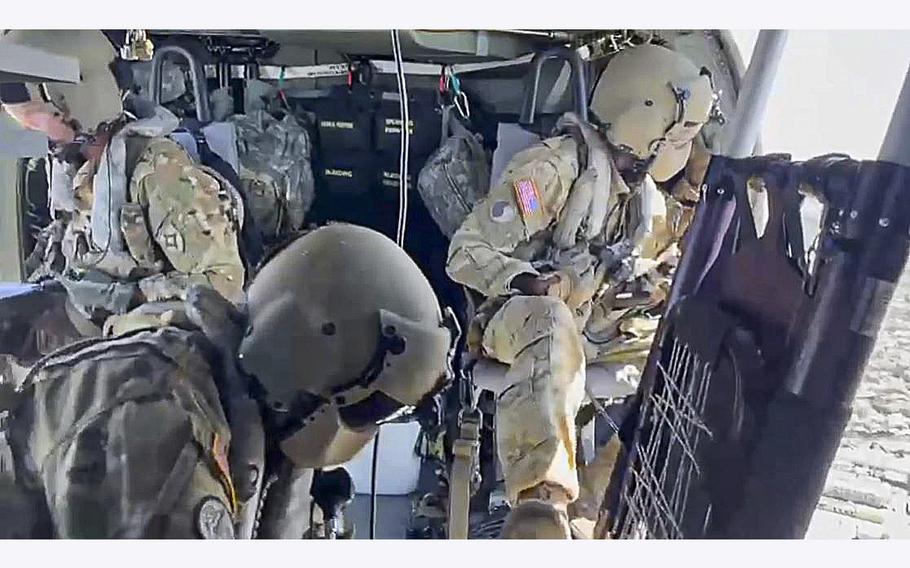 Soldiers from the Florida Army National Guard’s 1-111th Aviation Regiment ride in a helicopter en-route to Sanibel Island, Florida on Sept. 30, 2022, as they assist with medical evacuations in addition to search and rescue operations in the wake of Hurricane Ian. (U.S. Army)

MIAMI (Tribune News Service) — Residents stranded on Sanibel Island by Hurricane Ian flew to the mainland by U.S. Army helicopters after Miami-Dade County rescuers reached them, according to footage released by the agency.

Footage provided by Miami-Dade's Fire Rescue department shows one firefighter on Thursday carrying a woman to a an all-terrain vehicle in Sanibel, which then shuttled the person to the waiting Army helicopter.

"Fortunately we were able to find a suitable landing zone, and we started to evacuate people," Miami-Dade Lt. Alex Acosta said in a county-produced video from the Southwest Florida International Airport in Fort Myers. "We ended up transporting approximately 42 individuals and several pets from that area."

The airlift operations in Sanibel were needed after Hurricane Ian destroyed part of the only bridge connecting the island to the mainland.

Acosta said county firefighters used chairs to double as stretchers to transport people unable to move on their own. No fatalities were reported, and Acosta, part of a nearly 100-person county deployment, said everyone they encountered on Sanibel was flown to the mainland.

Both Miami and Miami-Dade dispatched Urban Search and Rescue teams to Southwest Florida as part of a broad deployment by local agencies to the disaster zone, operations typically funded by the federal government. 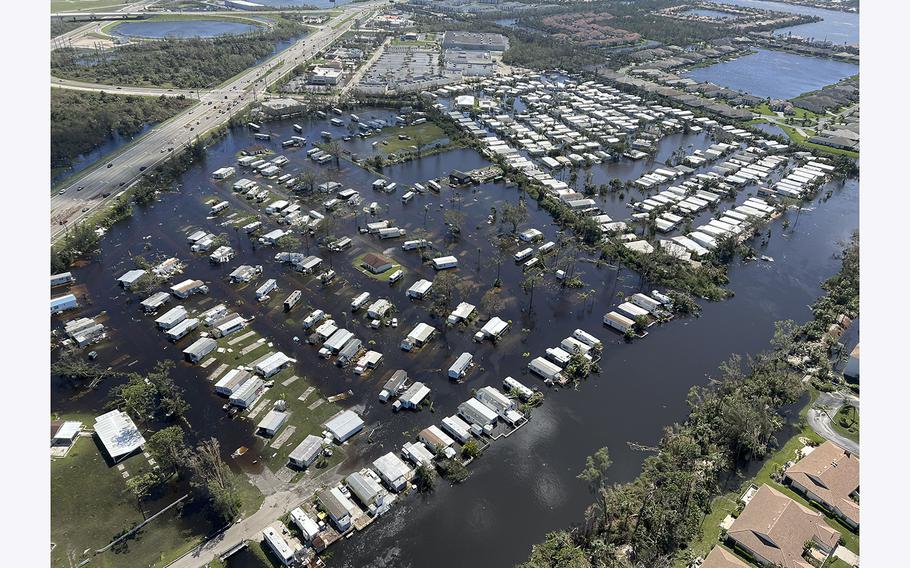 U.S. Coast Guard aircrews assess the damages from Hurricane Ian in the Sanibel, Florida area, on Sept. 29, 2022. Crews have been conducting search and rescue operations and assessing damage and potential pollution in the wake of the storm. (Joey Feldman/U.S Coast Guard)

In one clip, Miami paramedics working at night are transferring several elderly people from a transport truck to an awaiting ambulance. "It's going to be tight quarters, guy," one paramedic says off camera.