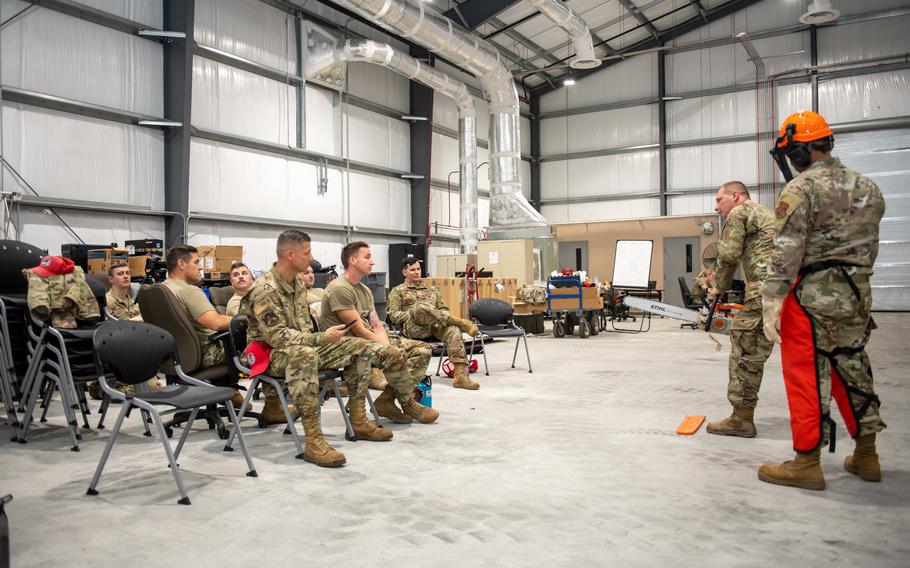 ATLANTA — Florida activated some 5,000 National Guard troops and military installations in Florida ordered some evacuations Monday as the state prepared for Hurricane Ian’s arrival by midweek.

Florida Gov. Ron DeSantis ordered the 5,000 troops to state active-duty, sending them to stage in armories across the state and prepare to rapidly respond to the hurricane after it makes landfall. The National Hurricane Center reported Hurricane Ian was a “quickly intensifying” Category 2 storm as of 5 p.m. Monday as it neared western Cuba, where it was expected to make landfall early Tuesday potentially as a Category 3 storm.

The Hurricane Center warned Ian could grow to a Category 3 or 4 storm — with winds reaching 111 to 129 mph or 130 to 156 mph, respectively — before reaching Florida on Wednesday or Thursday. That would make it the first major hurricane to hit the state since Hurricane Michael devastated the Florida Panhandle in 2018 as a Category 5 storm. Michael — blamed for 74 deaths and damages in the region worth some $25 billion — leveled Tyndall Air Force Base, which has since spent almost $5 billion on ongoing efforts to rebuild the base near Panama City.

Among the Guard troops activated ahead of Ian’s arrival were five route-clearance teams and aviation units, according to DeSantis’ office. Guard officials said they would ready high-wheeled vehicles, helicopters, boats, generators and more for the anticipated response.

Another 2,000 National Guard troops from Georgia, Tennessee and North Carolina also were prepared to activate to assist in the response, according to DeSantis’ office.

Meanwhile, officials at MacDill Air Force Base near Tampa and Naval Station Key West ordered at least partial evacuations of their bases Monday. Officials at other west Florida bases — including Tyndall, Eglin Air Force Base and Naval Air Station Pensacola — used social media to remind service members, families and other employees to prepare ahead of the storm, but they had not issued evacuation orders or installation closures as of Monday evening. 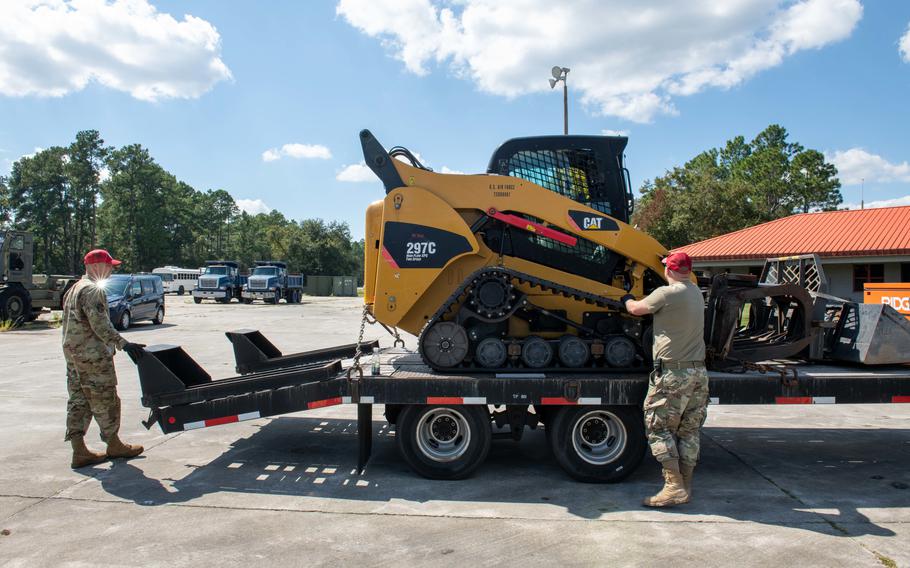 MacDill’s commander, Col. Adam Bingham, on Monday ordered all military and civilian residents of portions of Hillsborough, Manatee and Pinellas counties in local evacuation Zone A to evacuate the area by Tuesday afternoon. Zone A largely covers coastal areas near Tampa, including MacDill Air Force Base housing, officials said. Pasco County residents in Zone A were ordered to begin evacuating Tuesday, base officials said.

Bingham expected to close the base to nonessential personnel beginning Tuesday afternoon, according to base officials.

Hurricane models showed Tampa was near the center of Ian’s projected path as of Monday evening, according to the National Hurricane Center.

While the storm was expected to pass well west of Key West, leaders at the naval station there ordered the small base closed to nonessential personnel on Tuesday as the National Weather Service anticipated tropical storm-strength winds and 4-6 inches of rain. Installation leaders ordered residents of NAS Key West’s RV park and marina to evacuate Monday afternoon, according to social media posts.

The National Hurricane Center issued a hurricane warning Monday evening for areas of Florida stretching from the Anclote River — about 10 miles north of central Tampa — to Englewood, about 100 miles south. A warning indicates hurricane conditions are expected in the area within 24 to 36 hours, according to the Hurricane Center.

The center warned Ian could dump up to 20 inches of rain on some areas of central west Florida in the coming days and 4-8 inches across other parts of the Florida peninsula. It predicted up to eight inches of rain in the Florida Keys. It also warned the storm could bring heavy rainfall across inland northern Florida, eastern portions of the Florida Panhandle and other areas in the southeast United States.

It warned of “widespread considerable flash and urban flooding” and “prolonged significant” river flooding across central and northern Florida, southern Georgia and coastal South Carolina through the end of the week. 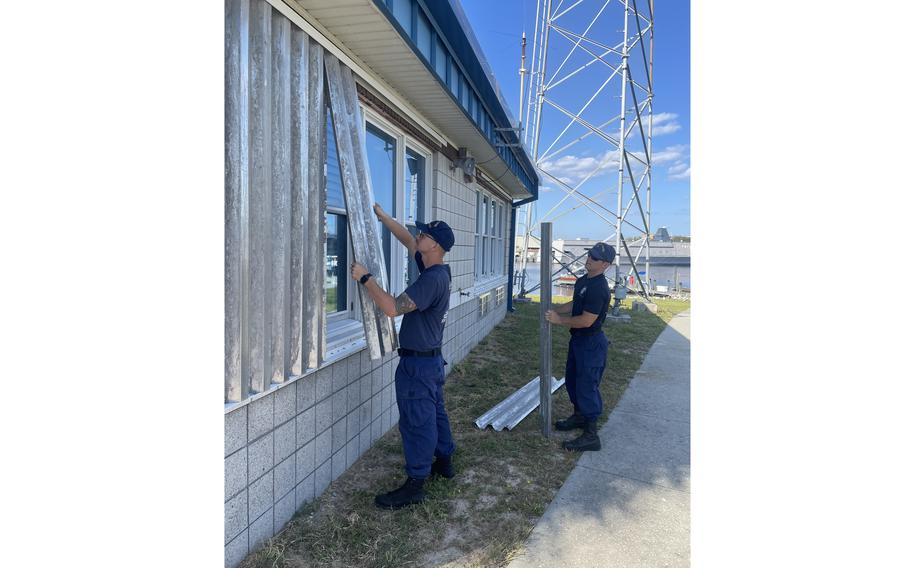