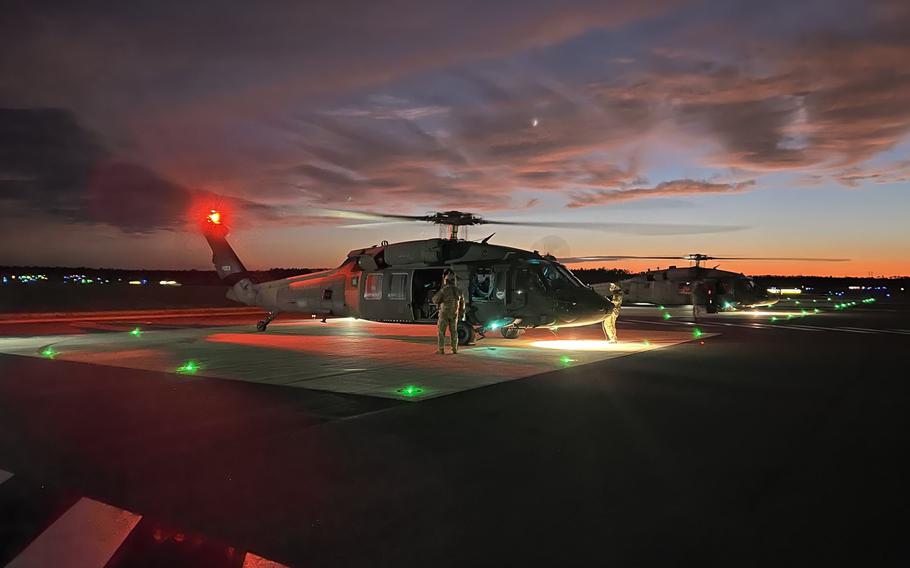 Some 5,000 National Guard troops from Florida and several other states were on duty by Thursday morning as the Florida troops began damage assessments in Sarasota, De Soto, Charlotte, Collier and Lee counties in the southwestern portion of the peninsula, military officials said. Meanwhile, the Coast Guard began search-and-rescue operations at dawn Thursday in the hours after the Category 4 hurricane — boasting winds beyond 150 mph — barreled across southwest Florida as one of the most powerful storms to ever hit the state.

Federal and state officials warned the slow-moving storm was traveling northeast across Florida toward Daytona Beach and had caused catastrophic damage via wind and flooding along its path. Ian remained a tropical storm along Florida’s east coast Thursday afternoon, as it continued on a path predicted to make a second landfall sometime Friday near Charleston, S.C., perhaps as a Category 1 hurricane, according to the National Hurricane Center.

Some military installations in the southeast part of the U.S. stretching from Moody Air Force Base near Valdosta, Ga., to Joint Base Charleston in South Carolina closed their gates Thursday to nonessential personnel as they prepared for the massive storm to reach them sometime Friday. Moody evacuated its A-10 attack jets this week to Barksdale Air Force Base in Louisiana. At Fort Stewart and Hunter Army Airfield in coastal Georgia, leaders called off planned training events for the coming days. Officials at Marine Corps Recruit Depot Parris Island paused recruit training operations, choosing to “shelter-in-place” on the South Carolina island through Ian’s end.

Officials at MacDill Air Force Base in Florida’s Tampa Bay metro area began recovery and damage-assessment operations on the base that houses headquarters for U.S. Central Command and U.S. Special Operations Command and Air Force refueling jets. On their social media pages, MacDill officials warned troops, civilian employees and family members to remain clear of the base for now, even after the area appeared to avoid the brunt of Hurricane Ian, which was once projected to hit Tampa directly.

The storm’s worst impacts appeared to be in the state’s southwest stretching from Sarasota to south of Naples, near where Ian made landfall Wednesday. It left some 2.6 million people without power, according to state officials, who also warned of preliminary reports of deaths attributed to the storm.

President Joe Biden on Thursday warned Hurricane Ian “could be the deadliest hurricane in Florida's history,” based on early reports. Biden and Florida Gov. Ron DeSantis said they could not yet provide death counts Thursday afternoon.

Coast Guard officials said Thursday that their troops had rescued at least 30 people in southwest Florida since they began their response with helicopters and “shallow water flood boats.” 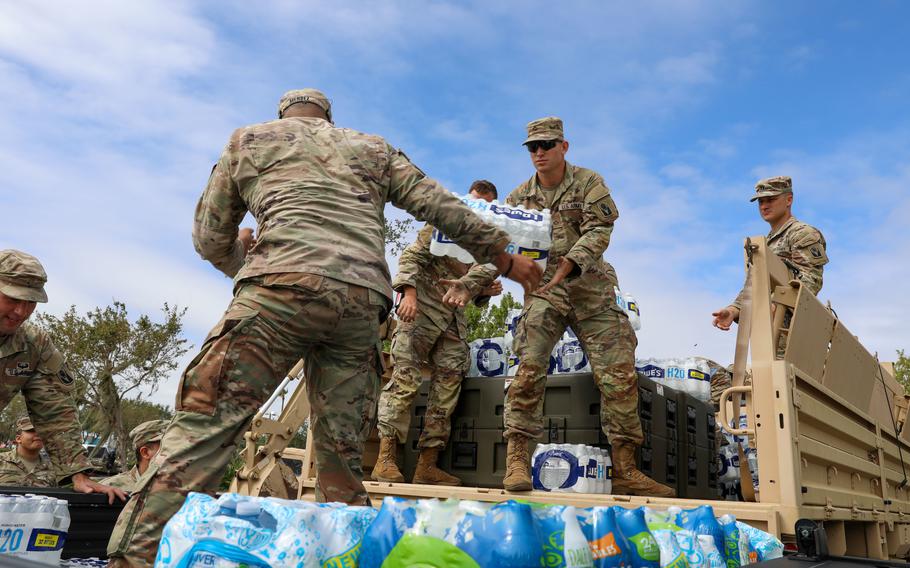 Florida Guard troops were just beginning Thursday to respond to the storm with 16 helicopters, 1,640 high-wheeled vehicles, seven boats and 36 fuel tankers, according to the National Guard Bureau. They were expected to begin route clearance, search-and-rescue operations, and food and water distribution efforts on Thursday afternoon, according to the Guard. Hundreds of National Guard troops from Louisiana, New York and Tennessee were assisting Thursday in the initial response, while more troops from Georgia, Indian, New Jersey, South Carolina, Montana and Virginia were expected to join storm efforts in the coming days, according to the Guard bureau.

Biden said the Pentagon could provide additional assets in the response, as the Defense Department named Army Brig. Gen. Sean Boyette, a Florida National Guard officer, the commander of Task Force Florida and put him in charge of all state and federal troops operating in response to Hurricane Ian.

Biden, DeSantis and other officials said the response to Ian in Florida alone would likely last at least several weeks and probably months.