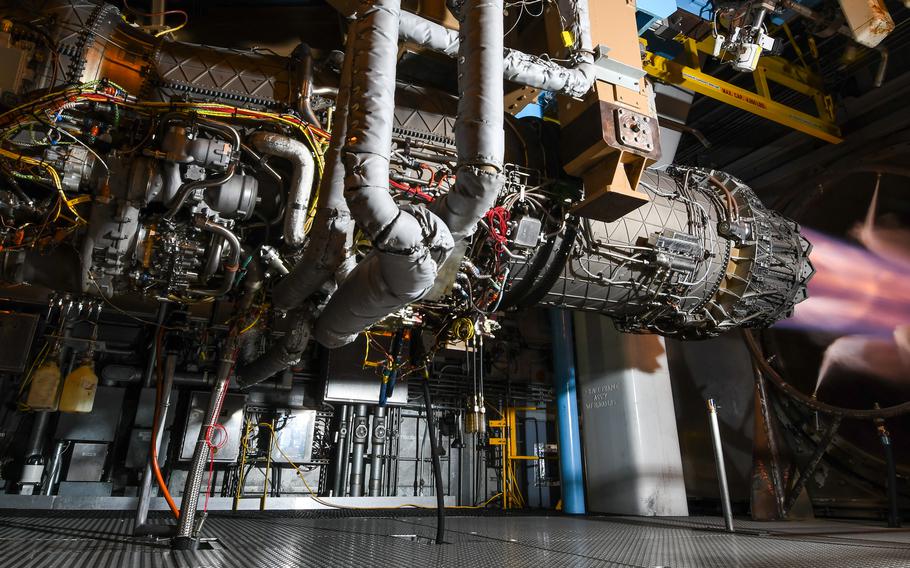 WASHINGTON — The Pentagon has temporarily called off engine deliveries for the F-35 Lightning II fighter jet after a crash last month at a military base in Texas, officials said Wednesday.

The F-35 Joint Program Office said an agreement was reached between defense officials and Pratt & Whitney, the maker of the engines, to suspend the deliveries pending the outcome of the crash investigation.

“Currently, acceptance of new engines has been suspended,” a JPO spokesperson said, adding the suspension began Dec. 27 — 12 days after the crash. “The length of the pause is currently to be determined, and it is hard to say how long it will last.”

An Air Force pilot was testing an F-35B for the Marine Corps at Naval Air Station Joint Reserve Base Fort Worth on Dec. 15 when the jet, which can take off and land vertically, encountered trouble while hovering above a runway.

The pilot slowly began to lose control and ejected safely after the plane sank toward the ground and bounced off the runway. The aircraft ultimately came to rest just off the runway and appeared to be largely intact.

Naval Air Systems Command, or NAVAIR, is investigating but has not yet given an indication of what caused the crash. 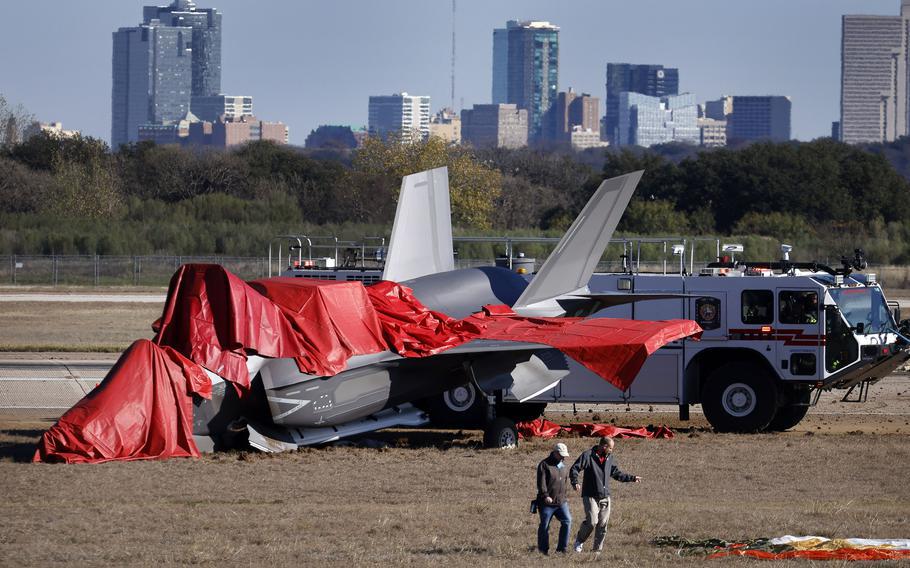 Officials look over the F-35B military aircraft wreckage, including the parachute (right) along the runway at the Naval Air Station Joint Reserve Base in Fort Worth on Dec. 15, 2022. The pilot ejected successfully as the plane bounced off the runway after hovering. The Fort Worth skyline can be seen in the background. (Tom Fox, The Dallas Morning News/TNS)

The statement from the F-35 Joint Program Office on Wednesday that it suspended engine deliveries for the fifth-generation fighter jet came just days after it grounded some F-35s due to the crash in Texas. The JPO is the military office that oversees life-cycle management of all three F-35 variants.

The length of the delivery blackout depends on what investigators find, the JPO spokesperson said.

“The root cause analysis and accident investigation need to be completed first,” the spokesperson said.

The F-35 uses only one engine in flight, the turbofan Pratt & Whitney F135. The F-35B uses the engine’s 600 model, which has a thrust vectoring nozzle that allows the flow of energy to be directed downward so the plane can hover and take off and land vertically. While the jet is hovering over the ground, the engine can produce more than 40,000 pounds of thrust.

The JPO said the suspension affects new deliveries of all variants of Pratt & Whitney’s F135 engine.

Lockheed Martin’s F-35 entered service in 2015. The Marines fly the B variant, the one involved in the Texas crash, while the Air Force operates the A variant and the Navy uses the C variant.

The F-35 is the only U.S. military aircraft that uses the Pratt & Whitney F135 engine. Officials have said, however, the new B-21 Raider bomber, which was unveiled last month, will use one similar to the F135 to keep maintenance costs down.