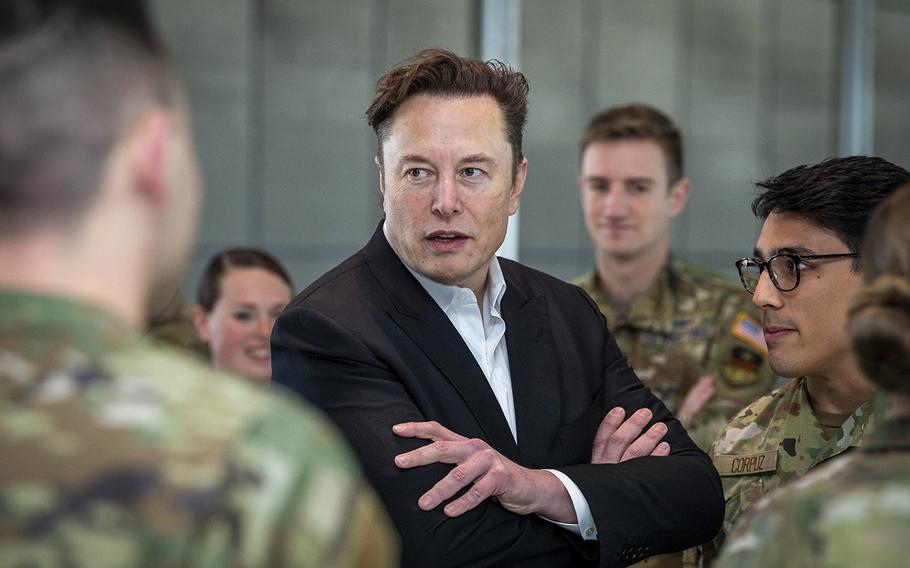 SAN FRANCISCO — As dawn rose on the city Twitter has made home, employees here awoke to a new era for a company that has been lauded for its open-minded culture, its work-from-anywhere policy and perks like a monthly day of rest.

That chapter of Twitter was over. Now they were left scrambling to learn whether they would still have jobs at all.

Elon Musk began his overhaul of the newly privatized Twitter on Friday with his first round of layoffs, which struck across the workforce - impacting teams including sales, engineering and product, and trust and safety and legal. In all, around half the staff was expected to be cut, casualties of Musk's debt-financed $44 billion purchase of the site, which is expected to saddle the company with bills the new CEO will face pressure to quickly address.

On Friday, Musk alluded to those pressures in a tweet which said Twitter has had a massive drop in revenue because of activists pressuring advertisers. He reiterated that nothing has changed with the company's moderation.

"Extremely messed up! They're trying to destroy free speech in America," he tweeted.

Some workers said as early as Thursday night their access to internal systems such as email and messaging service Slack had been cut - indicating they were laid off.

Workers had been told they would receive an email by 9 a.m. Pacific time, with the subject line reading: "Your Role at Twitter." If they were let go, a notification would go to their personal emails. If they were retained, they'd receive a ping in their work inboxes.

The layoffs set the tone for how Musk, a notoriously hard-charging boss known for tough work environments, will be expected to run the company. His tenure began last week with the firing of top executives and the turmoil continued Friday with the job cuts. That all came before Musk had found the time to formally introduce himself as the new boss, either via email or a town hall, one of which was canceled earlier this week.

"We acknowledge this is an incredibly challenging experience to go through, whether or not you are impacted," a Thursday night email said, the first known companywide acknowledgment of the new regime. It was signed, "Twitter."

Throughout the week, employees described an anxious wait for the final word on their job status as an information vacuum took hold over the company of 7,500.

Workers said their goodbyes to one another on Thursday, and some attempted to make their documentation easily retrievable for the staff left to run Twitter in their absence.

One worker, speaking on the condition of anonymity for fear of retribution, said that layoffs or not, employees simply wanted to learn their fate.

This version of the company "isn't what we all signed up for," the person said. The person described the new environment as "cruel, toxic, padding Elon's debt pockets."