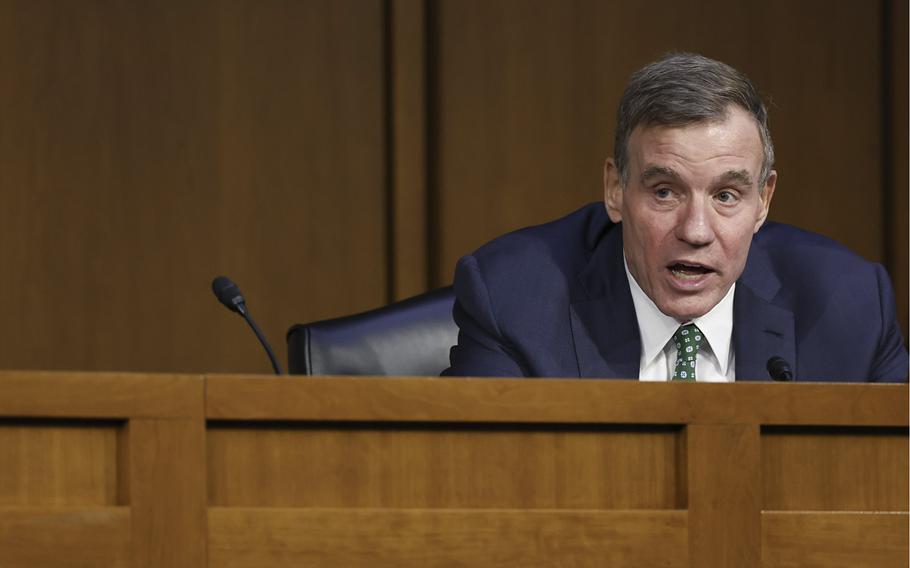 Democratic Senator Mark Warner said he is concerned about Elon Musk's reliance on China amid the Tesla chief executive's recent statements about Taiwan and his potential purchase of Twitter.

"I don't think there is another American more dependent upon the largess of the Communist Party than Elon Musk," Warner, the chair of the Senate Intelligence Committee, said in an interview in New York.

Musk told the Financial Times that Taiwan should agree to become a special administrative zone of China in order to resolve tensions with Beijing. Taiwan is governed independently, but China considers the island part of its territory. Musk also said Beijing has sought assurances that he won't offer SpaceX's Starlink internet service in China.

Warner, of Virginia, said he is concerned that if Musk's $44 billion bid to buy Twitter goes through he will face additional pressure from China to moderate tweets critical of Chinese President Xi Jinping or the Communist Party. "That to me is much more troubling, or potentially troubling, than whether Donald Trump's on Twitter," he said, referring to Musk's criticism of Twitter's ban of the former president.

Sales in China accounted for roughly a quarter of Tesla's automotive revenue in the third quarter. The company operates a massive factory outside of Shanghai, and Musk has publicly praised China's government and the hard-working ethos of his Chinese work force on multiple occasions.

Warner also said Musk's recent statements about Ukraine, given his control of the Starlink satellite internet service used there, raise concerns. He said Musk deserves credit for initially providing Starlink to Ukraine, but worried about Musk controlling when and where Starlink operates.

"It's obviously a concern," he said.

Musk has tweeted about his fears that any drive by Ukraine to repel Russia from Crimea, which it annexed in 2014, might result in Russia using nuclear weapons. He threatened to cut financial support for Starlink service in Ukraine, a move that would deny the country a key means of communication, only to reverse course, saying he supports doing "good deeds" and that the company will keep funding the satellites "for free."

Warner said global pressure appeared to cause Musk to reverse himself.

"Is that going to last?" Warner asked. "This is a critical component" of Ukraine's communication system, he said. He said he hopes to see competitors to Starlink "shortly."

On Tuesday, Pentagon spokesman Brigadier General Patrick Ryder said questions about Starlink business strategy should go to the company, but added "the Department of Defense does continue to discuss various matters with SpaceX and to include Starlink."

Warner said he's been more broadly frustrated with multinational companies who have turned a "blind eye" to oppression in China given the importance of the Chinese market, including "hypocrisy" among some in the environmental community to not look at the whole supply chain for products like cars. He is pushing for an array of efforts to counter China's efforts to dominate key technologies of the future and extract U.S. businesses from reliance on Chinese supply chains as part of a "quasi industrial policy."