The parent of Tucson-based Raytheon Missiles & Defense posted third-quarter revenue of $16.95 billion, up 5% from last year, with unadjusted earnings of $1.39 billion or 94 cents per share, up from 93 cents in third-quarter 2021.

The adjusted results topped the average Wall Street analyst forecast for earnings of $1.11 per share but fell short of the $17 billion in quarterly revenue expected by analysts tracked by Zacks Investment Research.

Raytheon's Collins Aerospace unit had third-quarter adjusted sales of $5.1 billion, up 11% versus the prior year, as increases in commercial aviation sales more than offset a 6% drop in military sales, while operating income rose 31% to $630 million.

Engine maker Pratt & Whitney posted third-quarter adjusted sales of $5.38 billion, up 14% versus the prior year while quarterly operating income rose 68% to $318 million.

The missiles and radars unit posted adjusted third-quarter operating profit of $416 million, down 15% from the prior year, driven primarily by an unfavorable program mix, lower sales of land-warfare and air-defense systems, and "lower net program efficiencies driven by continued supply-chain and labor constraints," the company said.

Raytheon said the sales declines were partly offset by higher volume on strategic missile defense programs including the Next Generation Interceptor. Raytheon is partnered with Northrop Grumman on development of the new ground-based ballistic missile interceptor, in competition with a team led by Lockheed Martin, under a contract worth up to $3.9 billion awarded last year.

Other major contract bookings at RM&D in the third quarter included $1 billion to develop the Hypersonic Attack Cruise Missile for the U.S. Air Force; $972 million for Advanced Medium-Range Air-to-Air Missiles for the Air Force, Navy and allied foreign nations; $226 million for AIM-9X Sidewinder air-combat missiles for the Navy; and $207 million for counter-drone systems for the Army.

The Tucson-based Raytheon unit, the region's biggest employer with more than 13,000 local workers, also has won hundreds of millions of dollars in contracts this year to supply weapons to Ukraine or to replenish U.S. weapons transferred to Ukraine, including Javelin anti-tank missiles, Stinger man-portable antiaircraft systems and the National Advanced Surface-to-Air Missile System, which Raytheon makes with Norway-based Kongsberg Defence. 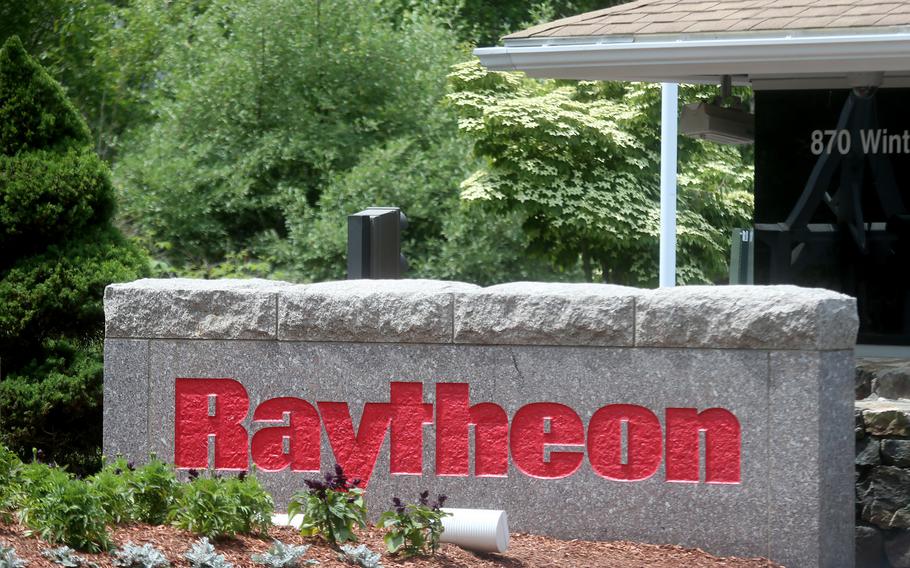