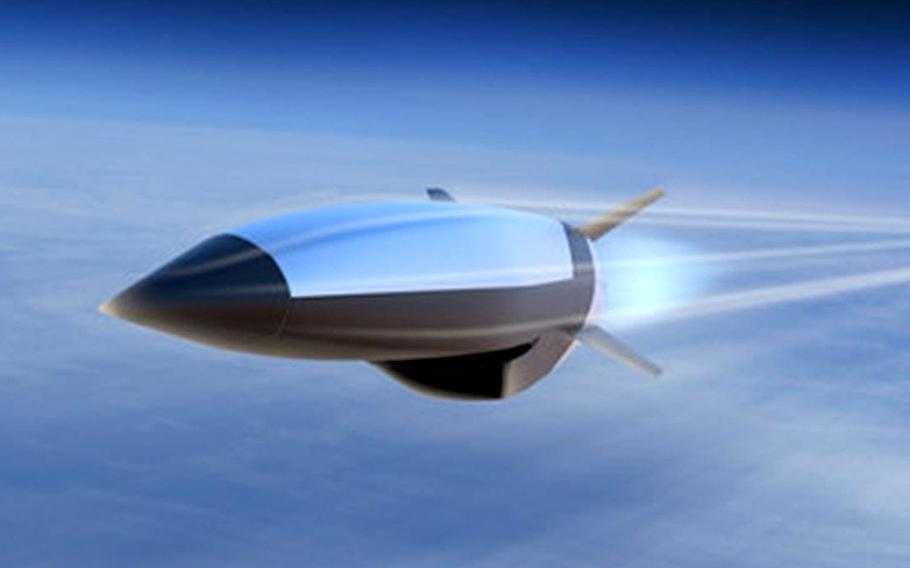 An artist’s rendering of Raytheon’s hypersonic attack cruise missile. The Air Force awarded the company a $985 million contract to develop the missile. (Raytheon Missiles and Defense)

The Air Force awarded a nearly $1 billion contract for development of a new hypersonic missile system that could be fielded within five years, the service said Thursday.

Raytheon will be tasked with developing prototypes for a hypersonic attack cruise missile, which is an air-launched weapon designed to be used against high-value targets, the Air Force said. It is being developed in tandem with Australia’s air force.

The total value of the contract is $985 million.

The system will give commanders more “tactical flexibility” in using fighter aircraft against high-value, time-sensitive targets while keeping bombers in reserve for other targets.

Hypersonic weapons systems have become a priority for the Pentagon, given recent technological advances by both Russia and China in the development of such systems.

An advantage of hypersonic systems is their ability to maneuver at high speeds, making them harder to shoot down.