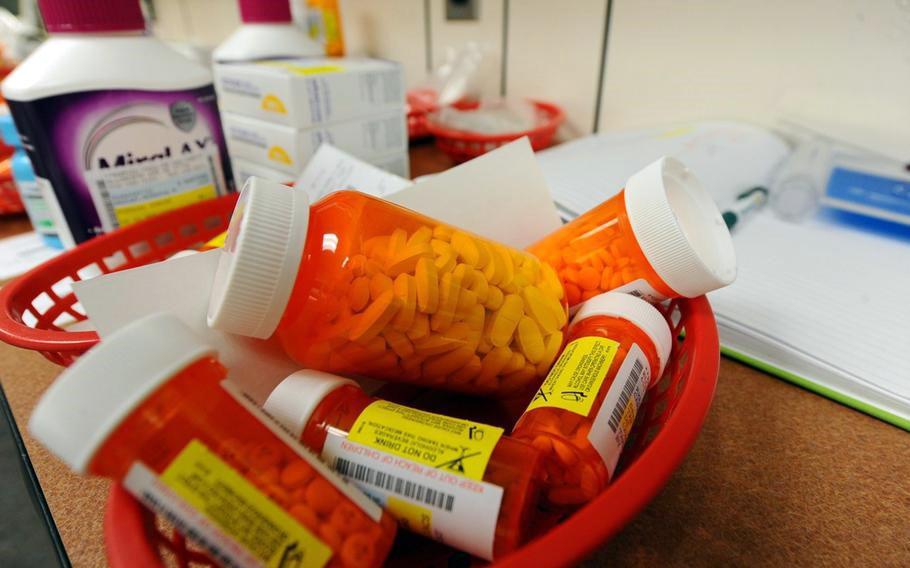 A new contract from prescription-drug benefit manager Express Scripts will force nearly 15,000 pharmacies out of the Tricare network by the end of this month, according to a spokeswoman for a small pharmacies’ association.

The new contract will remove 14,963 pharmacies from the network by Oct. 24, leaving approximately 41,000 pharmacies.

A proposed contract Express Scripts sent to participating pharmacies in August lowered their reimbursement rates below even their own costs, Anne Cassity, vice president of federal and state government affairs at the National Community Pharmacists Association, told Stars and Stripes by phone Sept. 22. She said association members had never before seen anything like it.

“We saw a massive reduction in reimbursements to the tune of far below even acquisition price for our pharmacies,” Cassity said. “So, they would be underwater on every prescription that they dispense for a Tricare beneficiary.”

Many small, local pharmacies had to refuse the new contract, she said.

“This is going to have a huge effect, especially in rural areas where it’s generally independent pharmacies,” Cassity said.

Express Scripts, a pharmacy benefit management company based in St. Louis, handles annual pharmacy contract negotiations on behalf of Tricare. It also provides a mail order prescription service for Tricare beneficiaries. The company has 27,000 employees and annual revenue of over $100 billion, according to job-search website Zippia.

In August 2021 the Department of Defense awarded a $4.3 billion contract to Express Scripts that incentivized the company to reduce the size of the Tricare retail pharmacy network, according to email and phone conversations with National Community Pharmacists Association spokeswoman Andie Pivarunas.

“Anyone with a prescription at a pharmacy that is transitioning out of the network should transfer it to a new network pharmacy to avoid paying the full cost of the prescription up front or having to file a claim for reimbursement,” Graves said.

Doris Parker, 66, of Alexandria, Va., the wife of a retired service member, used to receive Kisqali, a cancer medication, through the Express Scripts mail-order service, she told Stars and Stripes by phone on Sept. 26.

“About three or four months after I started taking it, they decided they aren’t going to send it to me anymore,” she said.

Parker turned instead to a local pharmacy, but in September was told by Express Scripts that the pharmacy would be dropped from the Tricare network, she said.

Tricare denies its new contract will have a huge, negative impact on beneficiaries living in rural areas.

“The Tricare retail network will continue to meet or exceed Tricare’s standard for pharmacy access,” Graves said. “[Defense Health Agency] expects nearly 95% of beneficiaries will maintain access to at least two network pharmacies within 15 minutes from their home, and over 99% will have access within 30 minutes.”