Military families not having enough food is a national security issue, report says 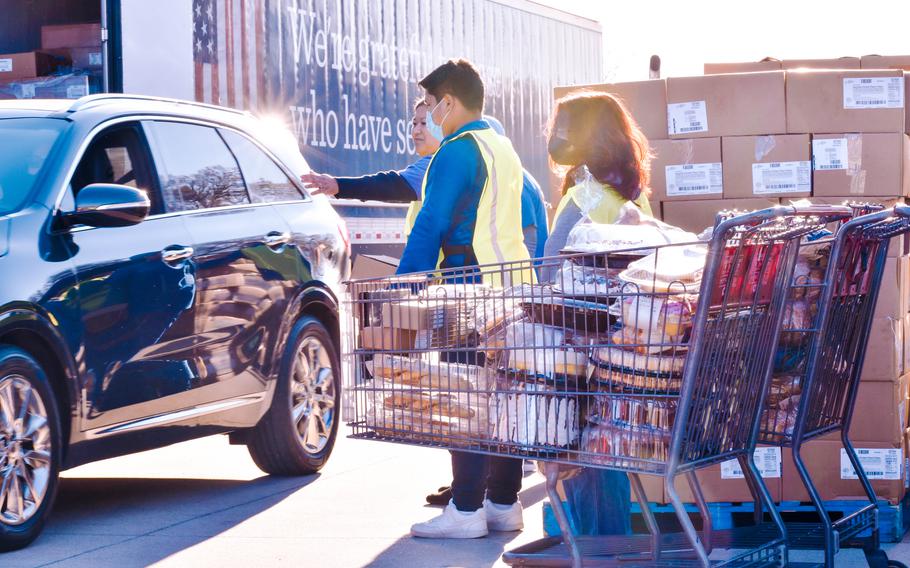 The key factors that make up military life were found to be significant contributors to food insecurity for military families and could hinder the ability of the armed forces to recruit and retain troops if it isn’t addressed, according to two reports released this week.

Frequent moves, including to areas with a high cost of living, and high spouse unemployment are two of the factors unique to military life that were found to impact the ability of military families to purchase enough nutritious food. Other factors identified include adding a new family member, unexpected expenses, natural disasters and the rising cost of living, according to reports from the Military Family Advisory Network and the Center for Strategic and International Studies.

“Food insecurity among U.S. veterans and military families is a national security concern: it multiplies stress on active-duty personnel, diminishes well-being among service members and their children — who are more likely to serve in the military as adults — and may hinder recruitment for the armed services,” according to the report from CSIS, a Washington-based think tank.

“That feels personal for people. That feels like you're doing something wrong. But the reality is, some of these things are really outside of your control,” she said. “People are sometimes afraid because they don't want to look like they're irresponsible. We’re making sure that people recognize that there are things happening here that are outside people's control or are specifically related to military life.”

This fear of stigma is especially heightened for troops as they move to a new duty-station and don’t want to be seen as problematic in a new unit, Razsadin said.

Both reports offered recommendations on how to combat the issue.

MFAN’s recommendations included changing the eligibility requirement for military families to enroll in federal assistance benefits and improving the way that the housing allowance is calculated to match an area’s rental market more accurately.

For its research, MFAN conducted phone interviews with 312 families experiencing food insecurity at military bases in Texas and the Tidewater region of Virginia. The majority had between one and three children, Razsadin said.

Food insecurity is defined by the U.S. Department of Agriculture as a family with limited or uncertain access to adequate food. To be secure is to have enough food for an active, healthy lifestyle. It’s about the quality of the food, not just quantity, and ensuring it meets the nutritional needs of a household.

While the Defense Department has not released a comprehensive study on the prevalence of food insecurity among its service members, an Army Public Health Center and Department of Agriculture Economic Research Service survey conducted in 2019 found nearly 33% of more than 5,600 respondents at a major Army base were marginally food insecure. The CSIS said the coronavirus pandemic, which began a year after the Army survey, has amplified hunger in the military community.

“There's a real tie here to the future of the all-volunteer force and military kids and making sure that they are eligible to serve and growing up in a healthy nutrition-rich life,” Razsadin said.

Researchers also noted the military is making strides to address the problem. Congress mandated the Defense Department provide it a report on food insecurity in the military by Oct. 1 as part of the National Defense Authorization Act for fiscal year 2022. Meanwhile, Defense Secretary Lloyd Austin ordered the Pentagon to create a plan to strengthen security across the armed forces.

MFAN is continuing this year with food distribution events at military bases, including one later this month at Joint Base Lewis-McChord in Washington state.

“These food distribution events: one, we can't serve everyone, and two, they're not sustainable. They're a Band-Aid,” Razsadin said. “So much of this is about transition. It's about a move. It's about adding to your family. It's about those points in life where something changes. It’s putting those interventions in place, having those conversations and really lessening the stigma.”