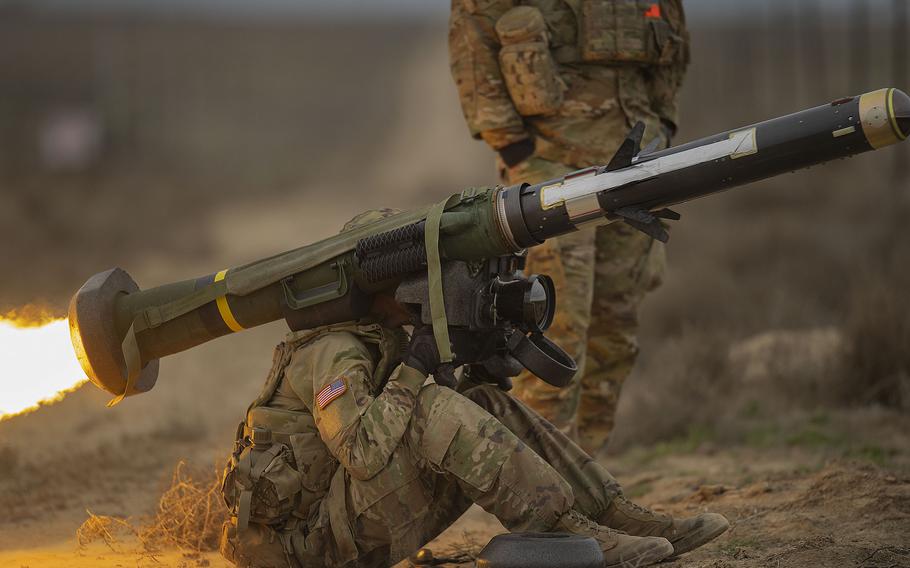 The Tucson-based Javelin Joint Venture, comprised of Raytheon and Lockheed Martin, was recently awarded two Army contracts worth a total of $309 million to produce Javelin missiles and launchers.

The Army recently awarded the Javelin Joint Venture separate contract options of $238 million and $71 million for Javelin systems, with estimated completion dates in 2025.

The Pentagon is looking to increase Javelin production since the U.S. has sent more than 5,500 Javelins and its allies including the United Kingdom have sent thousands more to Ukraine, which has reportedly used them along with other weapons to destroy hundreds of Russian tanks and vehicles.

The Javelin can be fired from a shoulder-mounted launcher or from military vehicles. The system uses heat-seeking infrared guidance and automatically locks onto targets up to about 2 1/2 miles away to deliver a 19-pound, armor-penetrating warhead.

First fielded in 1996, the Javelin has been incrementally upgraded and is in use by the U.S. Army and Marine Corps as well as about 20 allied nations, with extensive combat use in Iraq, Afghanistan and Syria.

The Naval Strike Missile contract is a follow-on to a production contract awarded to Raytheon and partner Kongsberg in 2018 worth up to $850 million.

Originally developed by Kongsberg, the missile has been in service with the navies of Norway and Poland since 2012 and is planned as a long-range weapon system for the Navy's Littoral Combat Ships and future guided-missile frigates.

The Naval Strike Missile is undergoing operational testing and is deployed aboard the USS Gabrielle Giffords (LCS 10), while a ground-launched version is being tested by the Marine Corps.

With a range of more than 100 miles, the $2 million Naval Strike Missile can elude enemy radar and defense systems by performing evasive maneuvers and flying at sea-skimming altitudes, Raytheon says. The missile uses a combination of guidance systems including GPS and imaging infrared homing and carries a 276-pound high explosive warhead.

Raytheon co-produces the Naval Strike Missile with Kongsberg, with missile component production in Tucson and launcher manufacturing in Louisville, Ky.