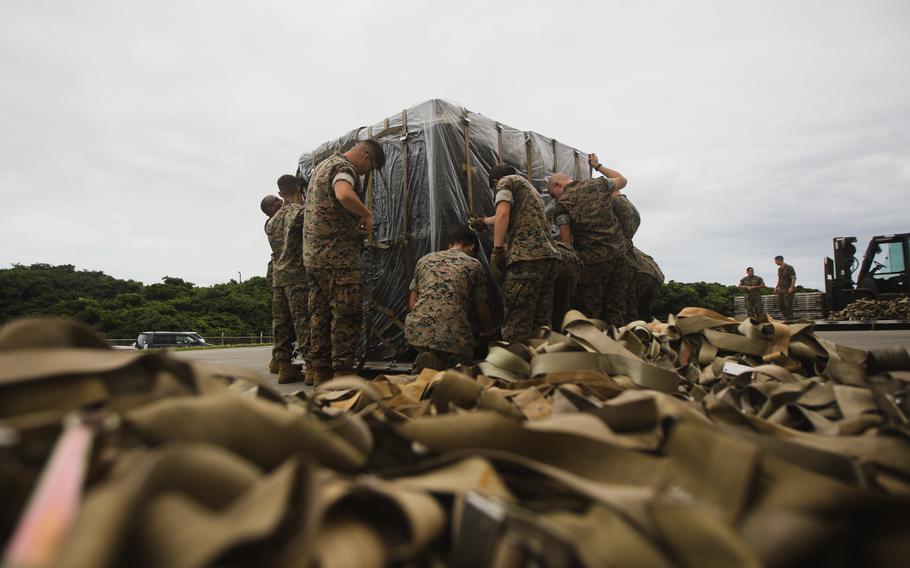 WASHINGTON — The Pentagon will run out of funds to send weapons from its stockpiles to Ukraine by the third week of May unless Congress quickly approves a $33 billion supplemental aid bill for the war-torn country, chief Pentagon spokesman John Kirby said Monday.

Only $100 million remains of a $3.5 billion authority granted by Congress in March to pull weapons and equipment from U.S. inventories and ship them to Ukrainians battling Russian forces, Kirby said. The White House is seeking another $20 billion in military assistance for Ukraine, including $5 billion in an additional drawdown authority as part of a new spending request delivered last month to Congress.

“The $100 million that we still have left — we’re going to be working that in real time with the Ukrainians,” Kirby said. “We continue to urge Congress to pass [President Joe Biden’s] supplemental request as soon as possible so we can provide aid to Ukraine uninterrupted.”

Kirby said Pentagon officials are confident that Capitol Hill, where bipartisan support for arming Ukraine against the Russian invasion remains high, will move quickly. The $33 billion bill contains the $20 billion in military assistance, with the remainder earmarked for economic and humanitarian aid.

“Everything coming out of the Hill is telling us that this supplemental will be acted on and approved,” Kirby said. “We see no indication that this is going to be an issue.”

House Speaker Nancy Pelosi told reporters on Friday that lawmakers hope to pass the legislation “as soon as possible.”

Other authorities are available to the U.S. if congressional action stalls. The Defense Department still has the capacity to purchase weapons for Ukraine through the Ukrainian Security Assistance Initiative, Kirby said. Biden on Monday also signed into law a lend-lease program that will allow the U.S. to loan weapons to Ukraine with less bureaucratic red tape.

In the meantime, the pace of weapon shipments will continue, Kirby said. The Pentagon is adjusting deliveries based on security and the rate at which Ukrainians can absorb the new material, though multiple flights are arriving in the region daily, he said.

“We’re not allowing [the fact that] we’re down to $100 million left … to slow down what we’re already providing,” Kirby said.

The remainder of the funds will be used for equipment that “more discreetly” meets Ukraine’s needs, he said. Kirby did not elaborate on the details of the next package but said the Pentagon wants to have “flexibility” with what it has left and intends to use its ability to pull from stockpiles “smartly.”

With war now raging in the open terrains of the Donbas, Ukraine is requiring more long-range artillery that is capable of repelling Russia’s onslaught, he said. Ukrainian officials have told their U.S. counterparts that howitzers are proving especially impactful in the fight, Kirby said.

Florida National Guard troops and other U.S. service members have trained about 300 Ukrainian artillerymen on howitzers, with another 50 currently learning how to operate the weapons, Kirby said. The U.S. began a secondary training program on Monday that will teach Ukrainians how to maintain howitzers as they’re used in combat, he said.

Russia’s push to conquer the Donbas and build a land bridge to the Crimea Peninsula is incremental so far, Kirby said. The Russian military has gotten better at logistics and sustainment and there are pockets of better integration between air and ground forces but progress remains limited, he said.

The same command and control issues that plagued Russian forces as they tried to encircle and capture the Ukrainian capital city of Kyiv are still there, he said. Russians are now focused on smaller gains and have committed more than 90 battalion tactical groups to take control gradually of smaller towns and villages, Kirby said.

The battlefield remains so dynamic, however, that those municipalities are changing hands between Ukrainians and Russians as often as every day, he said.

“It’s certainly clear, at least from where we stand on day 75 [of the war], that the Russians have not overcome the challenges that they were trying to overcome in this new part of the conflict,” Kirby said.