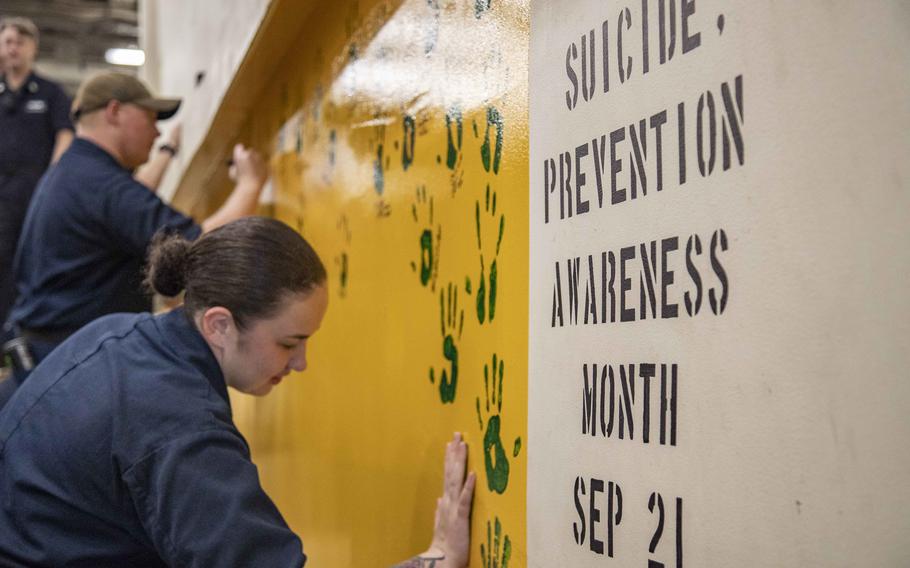 STUTTGART, Germany — Cultural isolation, family separations and lack of mental health support are among the factors that could explain why service members overseas appear more at risk to attempt suicide than their counterparts in the continental U.S., a new government report says.

Meanwhile, easier access to guns explains why troops based in the U.S. account for a higher percentage of suicide deaths, a Government Accountability Office report released Thursday said.

The GAO’s review was prompted by 2021 directive from Congress to examine factors involved in the rising number of suicides within the military, which has struggled to counter an upward trend in such deaths.

But to date, the Pentagon has not fully assessed suicide risk at remote overseas installations, the report said.

The GAO defined remote locations as those outside the contiguous United States, including those in Alaska, Hawaii and overseas that have less Morale, Welfare and Recreation funding; that qualify as a hardship-duty pay location; or that have less than standard tour lengths.

Military officials at remote overseas installations told the GAO that they believed service members should undergo more rigorous screening prior to being assigned.

“By establishing such a process to assess risk factors for suicide and related challenges associated with assignment to remote OCONUS installations, DOD can improve its understanding of risks and challenges and better address them as needed,” the GAO said.

Officials from U.S. Army Garrison Alaska, Fort Wainwright and Eielson Air Force Base in Alaska told the GAO that a long winter with seasonal periods of extended darkness and light could affect service members and contribute to mental health issues.

Meanwhile, officials from Yokosuka Naval Base in mainland Japan and Marine bases in Okinawa said restrictions that put limits on off-base travel for some service members — especially those who are young or have limited transportation — could lead to isolation. An inability “to relax, socialize or engage with Japanese culture” has been further exacerbated by the coronavirus pandemic, officials said.

“Navy and Marine Corps suicide prevention officials stated that risk factors including lack of access to behavioral health care, barriers to health care, cultural and religious beliefs, and social isolation caused by separation from friends and family may be more prevalent at remote OCONUS installations,” the GAO reported.

The GAO made a series of recommendations, including that DOD establish a process to assess suicide risk at remote overseas installations. The report also said the Defense Department should develop a strategy to address shortages in primary care behavioral health providers, including at remote overseas bases.