The Biden administration is threatening to use a novel export control to damage strategic Russian industries, from artificial intelligence and quantum computing to civilian aerospace, if Moscow invades Ukraine, administration officials say.

The administration may also decide to apply the control more broadly in a way that would potentially deprive Russian citizens of some smartphones, tablets and video game consoles, said the officials.

Such moves would expand the reach of U.S. sanctions beyond financial targets to the deployment of a weapon used only once before — to nearly cripple the Chinese tech giant Huawei.

The weapon, known as the foreign direct product rule, contributed to Huawei suffering its first-ever annual revenue drop, a stunning 30% last year, according to analysts.

The attraction of using the foreign direct product rule derives from the fact that virtually anything electronic these days includes semiconductors, the tiny components on which all modern technology depends, from smartphones to jets to quantum computers — and that there is hardly a semiconductor on the planet that is not made with U.S. tools or designed with U.S. software. And the administration could try to force companies in other countries to stop exporting these types of goods to Russia through this rule.

“This is a slow strangulation by the U.S. government,” technology analyst Dan Wang of Gavekal Dragonomics, a research firm in Shanghai, said of Huawei. The rule cut the firm’s supply of needed microchips, which were made outside the United States but with U.S. software or tools.

Now officials in Washington say they are working with European and Asian allies to craft a version of the rule that would aim to stop flows of crucial components to industries for which Russian President Vladimir Putin has high ambitions, such as civil aviation, maritime and high technology.

“The power of these export controls is we can degrade and atrophy the capacity of these sectors to become a key source of growth for the Russian economy,” said a senior Biden administration official, who, like others in this report, spoke on the condition of anonymity to discuss internal deliberations.

But the effort could face head winds from American and European business interests that fear using export controls could lead to Russian retaliation in other spheres — and eventually cause foreign companies to seek to design U.S. technology out of their products. That’s because the extension of the rule beyond a single company like Huawei to an entire country or entire sectors of a country is unprecedented.

“It’s like a magic power — you can only use it so many times before it starts to degrade,” said Robert D. Atkinson, president of the Information Technology and Innovation Foundation, a think tank. “Other countries will say, ‘Oh, man, the U.S. has total control over us. We’d better find alternatives.’”

Russia is vulnerable because it doesn’t produce consumer electronics or chips in large quantities, analysts say. In particular, it doesn’t make the highest-end semiconductors needed for advanced computing, an area dominated by Taiwan, South Korea, the United States, Europe and Japan.

Cutting off the country’s chip imports “would invariably hit the Russian leadership’s high-tech ambitions, whether in artificial intelligence or quantum computing,” said Will Hunt, an analyst with Georgetown University’s Center for Security and Emerging Technology.

The administration has not yet decided whether to restrict the export control to strategic sectors or extend it to everyday devices, officials said. Either way, said Paul Triolo, chief of technology policy at the Eurasia Group, “this would be weaponizing the U.S. semiconductor supply chain against an entire country.”

The pairing of financial sanctions with export controls would inflict pain immediately and over time. The impact of financial sanctions, which could apply to Russia’s largest banks as well as to civilian aerospace, maritime or emerging tech firms, would probably be felt first, experts say. Banking sanctions in particular probably would drive up Russian inflation and trigger a devaluation of the ruble, they say. Export controls, on the other hand, build over time as the cumulative effect of companies shutting off sales to Russia begins to hurt industrial production.

“If the objective is to impose severe and overwhelming costs on Russia’s economy, the combination of sanctions on major Russian banks and the export control would go a long way towards that, absolutely,” said Kevin Wolf, a former senior Commerce Department official who once headed the agency that implements export controls.

If the restrictions are applied broadly, they could also drive up prices for consumer electronics, analysts said.

The administration says it also may hit Russia with an export ban similar to those against Iran, Cuba, Syria and North Korea. Such a ban, experts say, probably would apply to basic electronics, aircraft parts, telecommunications items and software. But the United States exports relatively little in this area to Russia, so the measure would have limited effect unless other countries impose similar bans of their own.

Germany, which is Russia’s largest trading partner in Western Europe and is highly dependent on Russian energy, is in close” discussions with the United States on sanctions, said a German Embassy official, declining to comment further.

Targeted use of the foreign direct product rule could be a blow to Russia’s military, which relies on a type of chip called Elbrus that is designed in Russia but manufactured in Taiwan at a chip foundry called TSMC, according to Kostas Tigkos, an electronics expert at Janes Group, a U.K.-based provider of defense intelligence.

In a statement, TSMC said it “complies with all applicable laws and regulations” and that it has a “rigorous export control system in place ... to ensure export control restrictions are followed.”

Analysts say that Western multinational firms probably would comply with the export controls. All U.S. chipmakers include clauses in their contracts requiring customers to abide by U.S. export rules. The United States also has a powerful stick to compel compliance: It could place any scofflaw companies on the Commerce Department Entity List, a blacklist of sorts that effectively bars U.S. firms from selling them their technology.

The Russian state-owned defense and tech industry conglomerate Rostec said in a statement that while some foreign components are used in civilian products, Russia has begun to make many components on its own. “The possible imposition of additional sanctions will primarily hit the interests of American companies working for export,” Rostec said. “But we have managed and will manage again, albeit not immediately, but very quickly — we have proven this more than once.”

The country is a big supplier of electronics to Russia. In 2020, it accounted for some 70% of Russia’s computer and smartphone imports, according to the Peterson Institute for International Economics. Three of the top five smartphone brands in Russia are Chinese, according to market-research firm International Data Corporation.

Liu Pengyu, spokesman for the Chinese Embassy in Washington, suggested that Beijing would not look kindly on extraterritorial control by the United States. “China is always opposed to any country’s unilateral sanctions and so-called long-arm jurisdiction on other countries based on domestic law,” he said in a statement.

Chinese manufacturers could choose to continue selling to Russia even if they use U.S. technology in their products, and it would be difficult, for instance, to monitor Chinese smartphone sales to Russia, IDC analyst Simon Baker said.

Experts, however, said there are ways to police noncompliance. The Commerce Department often gets tips from firms about rule-breaking competitors. Its investigators scan shipping data. They also get intelligence shared from other U.S. agencies.

If Chinese firms wound up supplying Russia in violation of the rule, that would leave Washington with a major diplomatic dilemma: whether to sanction them, even if they make ordinary — not military — goods.

After the Trump administration applied the foreign direct product rule to Huawei in August 2020, the company’s smartphone sales plummeted. Earlier in the year, it led the world in such sales. Today, it’s fallen to 10th place, according to IDC.

The most important goal now is deterrence, officials and analysts said, and that means threatening the most severe sanctions — such as severing the largest Russian banks from the U.S. financial system, said Edward Fishman, adjunct fellow at the Center for a New American Security. Export controls wouldn’t have as immediate an effect, said Fishman, a former State Department official in the Obama administration.

But, he said, they are a good move.

“The United States has no interest in aiding Russia’s technological and industrial capacity,” he said, “so long as Putin is using it to bully neighbors and attack democracy.’‘

The Washington Post’s Isabelle Khurshudyan and Mary Ilyushina in Moscow contributed to this report. 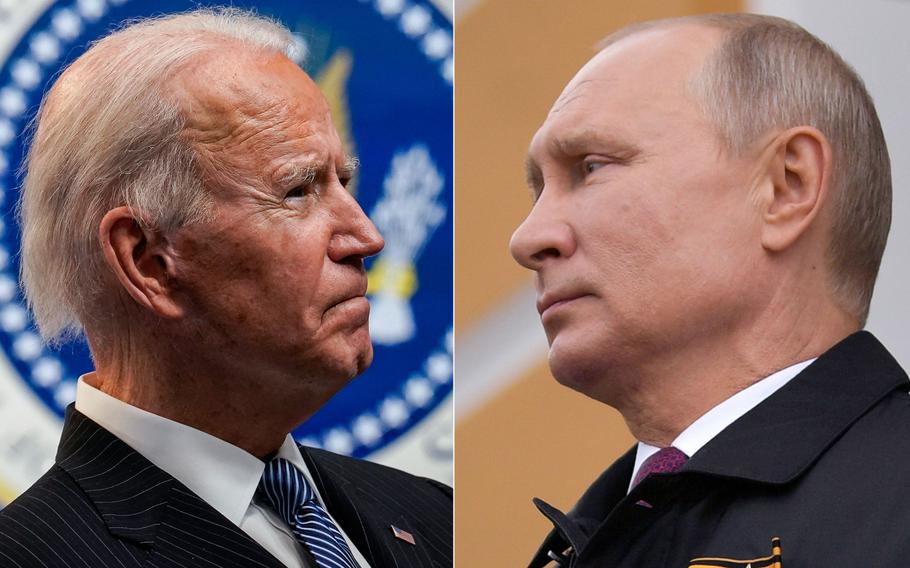