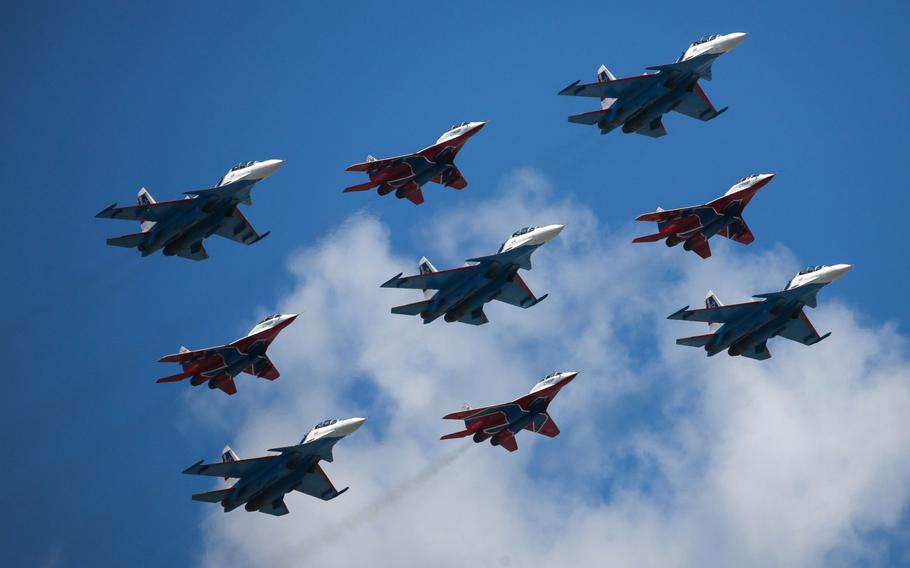 Even as Russia massed over 100,000 troops on Ukraine’s borders in April, Andriy Zagorodnyuk felt sure President Vladimir Putin wouldn’t go to war.

The former defense minister in Kyiv, who’d also spent years on projects to modernize Ukraine’s military, reasoned that Putin knew an invasion would be no walk in the park for Russia this time.

“Our task has been to make sure we can inflict unacceptable damage, a damage level so high that they will be demotivated to advance,” Zagorodnyuk said in a video interview from the Ukrainian capital.

That was a bold bet, though Ukraine had made dramatic improvements to its armed forces since a few thousand Russian troops, in uniforms with no identifiable markings, annexed Crimea without firing a shot in 2014. It could potentially have been catastrophically wrong.

Whatever Putin’s motives for the recent show of force (some of the additional troops have since pulled back), alongside tit-for-tat accusations with the U.K. over a British destroyer transit of Ukrainian waters, comparing military capabilities is difficult and becoming even more so. After a brief post-Cold War interlude in which the U.S. and its North Atlantic Treaty Organization partners had no serious peer competitors, now they do.

Many common measures of military strength are misleading. Based on defense spending alone, for example, Spain should be stronger than Turkey, NATO’s second-largest military power after the U.S.; Saudi Arabia should be easily able to swat Iran; and Britain could go toe-to-toe in any conflict with Russia. None of the above is the case.

But much more than a top-line number goes into how effective a military is. Refining budget data, weighting weaponry for age and effectiveness and accounting for intangibles such as morale, doctrine, training and geography are just some of the factors at play.

Defense dollars also overstate American strength relative to its rivals, according to Chairman of the Joint Chiefs of Staff, Gen. Mark Milley.

“When everything is taken into account, and you normalize for the cost of personnel, etcetera, then you will find that the combined budgets of China and Russia do exceed that of the U.S. Department of Defense budget,” he told the House Armed Services Committee on June 23.

According to their declared defense budgets, China spends about a third of the U.S. administration’s $715 billion request for the coming year and Russia one tenth.

For sure, governments and their intelligence agencies know more than they make public, and generals have motives for exaggerating the threats they face. Milley said in his testimony he would have to go into a classified session if the committee wanted him to explain the math behind his claim. His office also declined to provide details. U.S. military personnel gather to board the USS Wasp aircraft carrier ahead of the Memorial Day address by President Trump at the U.S. naval base in Yokosuka, Kanagawa Prefecture, Japan, on May 28, 2019. (Kiyoshi Ota/Bloomberg) Pedestrians and cyclists stand in front of a screen showing an advertisement for the People's Liberation Army in Beijing on March 5, 2021. (Qilai Shen/Bloomberg)

In March, Milley’s Chinese counterpart as top uniformed officer, Central Military Commission Vice Chairman Xu Qiliang, made a similar appeal to his legislature. He called for improved capabilities to attain “invincibility” against the threat of conflict with the U.S.

A U.S. State Department index comparing defense budgets around the world stresses the lack of clarity and gives broad spreads for each country — from $228 billion to $433 billion for China, and $66.5 billion to $159 billion for Russia in 2017, the latest available data.

Applying complex sets of information to particular geographies and scenarios is an industry that draws on hundreds of thousands of analysts in defense and intelligence agencies around the world.

Those services have been in growing demand since 2014, in large part because of Russia’s military modernization and its hybrid war in Ukraine, according to David Shlapak, a senior defense researcher at the Rand Corporation, a California-based think tank that works closely on scenario planning with the Pentagon.”When we started work on a Russia-NATO scenario in 2014, the first thing we did was go look at the literature — what we found was no one had thought seriously about a Russia-NATO war for 20 years,” says Shlapak, at the time co-director of the Rand Center for Gaming. “We were in Afghanistan, Iraq — the services had their hands full.”

China’s rapid military development, with a laser-like focus on challenging U.S. capabilities in the South China Sea and Taiwan Strait, also has contributed. Researchers at the University of Sydney warned last year that Chinese missiles could wipe out U.S. bases in the “opening hours” of any conflict. In October, President Xi Jinping rolled out the new People’s Liberation Army Rocket Force as part of a massive military parade.

And it isn’t just Ukraine or the U.S. that are rethinking their security postures. In March, a British defense and security review cited increased “global competition” and modernization by other nuclear powers to justify a controversial decision to increase the cap on Britain’s atomic warhead stockpile to 260 from 225. The decision reversed decades of nuclear arms reduction; Britain currently has 195 warheads, down from a Cold War peak of 520, according to a parliamentary briefing paper.

Russia, in particular, is developing new nuclear platforms and Putin has boasted of fielding hypersonic glide missiles that would be all but impossible to intercept, although their actual capabilities are essentially unknown.

One reason official data may understate Chinese defense spending is that it excludes some items the U.S. doesn’t, such as research and development, according to Fenella McGerty, a defense finance specialist at the International Institute for Strategic Studies in London. Exchange rate comparisons also inflate U.S. dominance because it gets less bang for its dollar — it’s a lot cheaper for Russia to build a plane, or for China to pay a soldier.

Attempts have been made — including by the United Nations in 1984 — to develop a purchasing power parity index that would make defense sector comparisons more reliable, but so far without success. That’s what McGerty is working on now and “it’s really hard,” she says. Much of the data needed is classified, disinformation is rampant, and there’s little market pricing to rely on.

Comparing hardware isn’t much easier. In 2016, the U.S. Army’s Strategic Studies Group (now called the Future Studies Group) commissioned the Frederick S. Pardee Center for International Futures at the University of Denver to produce a weighted index of heavy weaponry. Pardee differentiated between generations of combat aircraft, for example, scoring them for effectiveness. Within that, they bumped up older aircraft supplied with new avionics and missiles.”Counts are interesting,” says Collin Meisel, who runs the program. “But when we talk about Chinese aircraft carriers, they have ramps that are dependent on wind and all kinds of other things. They aren’t nearly as capable as U.S. aircraft carriers.”

Pardee came up with an overall weighted index for each country’s share of global fire power: Iran scored just ahead of Saudi Arabia, Turkey twice as high as Spain, and Russia four times above the U.K.

Russia also outscored Ukraine by a factor of 12. The index was a first attempt and needs updating, Meisel cautioned.

To figure out how a 2021 Ukraine-Russia conflict would pan out, you’d also have to look at doctrines, training, morale, electronic war-fighting capabilities, command and control systems and, above all, geography, says Rand’s Shlapak. For the 2014 NATO-Russia war game in the Baltic States, he said, “we had people in Latvia and Estonia literally driving the roads we thought the Russians would use.” The project concluded Russia would win before NATO had a chance to respond.

Ukraine’s military has to plan for the possibility of a Russian assault from Belarus to the north, Russia and the separatist Donbas territories in the east, Crimea and the Black Sea to the south and Moldova’s separatist territory of Transnistria, to the west.

Ukraine has come a long way since 2014, when corruption had plundered its arsenals, some top commanders worked for Moscow and an antiquated doctrine left it paralyzed before Russia’s hybrid tactics, says Zagorodnyuk. A tech entrepreneur at the time, he recalls struggling to produce makeshift heaters for troops freezing on barricades — only to find out later the military had 25,000 unused heaters in storage.

While the danger from Russia remains, a new doctrine and systems in Ukraine, more than 200,000 regular troops, an officer corps that has largely passed through NATO training and better equipment mean it would be “relatively easy to get in but very difficult to get out,” Zagorodnyuk said.

Maybe, except Russia’s military has improved since 2014, too. Says Yohann Michel, who covers land warfare for the Military Balance, the tome of comparative military data the IISS has published since 1959: “The capabilities gap has probably grown.”