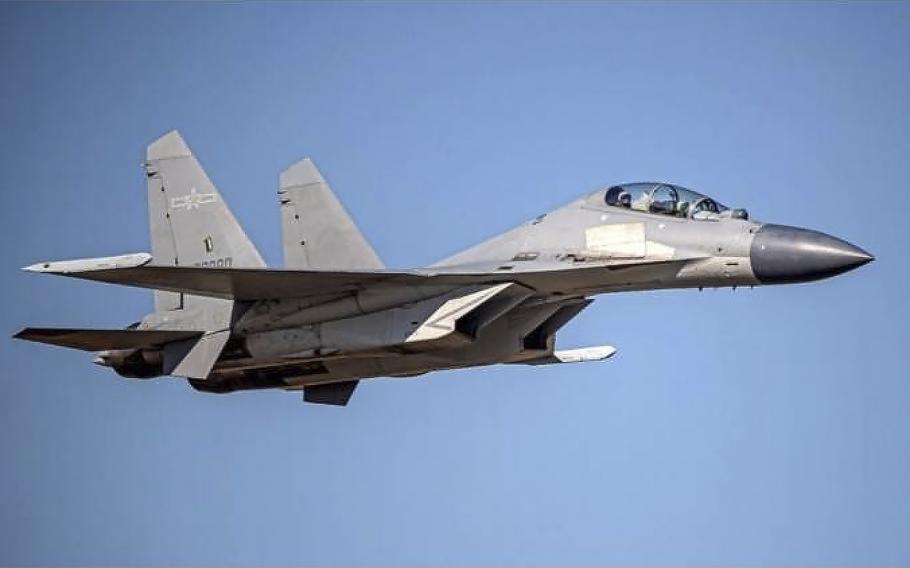 TAIPEI, Taiwan — China flew a record 28 fighter jets toward the self-ruled island of Taiwan on Tuesday, the island’s defense ministry said, the largest such display of force since Beijing began sending planes on a near daily basis last year.

Taiwan’s air force deployed its combat air patrol forces in response and monitored the situation in the southwestern part of the island’s air defense identification zone with its air defense systems, the Ministry of National Defense said.

The planes included various types of fighter jets including 14 J-16 and six J-11 planes, as well as bombers, the ministry said.

China’s show of force comes after leaders of the Group of Seven industrialized nations issued a statement Sunday calling for a peaceful resolution of cross-Taiwan Strait issues and underscored the importance of peace and stability.

Taiwan and China split during a civil war in 1949, but China continues to claim Taiwan as part of its territory. Taiwan has been self-ruled since then.

Since the election of President Tsai Ing-wen in 2016, China has increased diplomatic and military pressure on the government over her refusal to agree to China’s insistence that the island be considered part of Chinese territory.

The vast majority of Taiwanese reject the prospect of political union with China under the “one country, two systems” framework used for Hong Kong.

Since last year, China has been flying fighter jets toward the island almost daily in what it calls a demonstration of its seriousness in defending its national sovereignty.

Previously, the largest such maneuver was in March, when China sent 25 fighter planes toward Taiwan.