Review of US-Saudi ties comes with calls for troop pullout 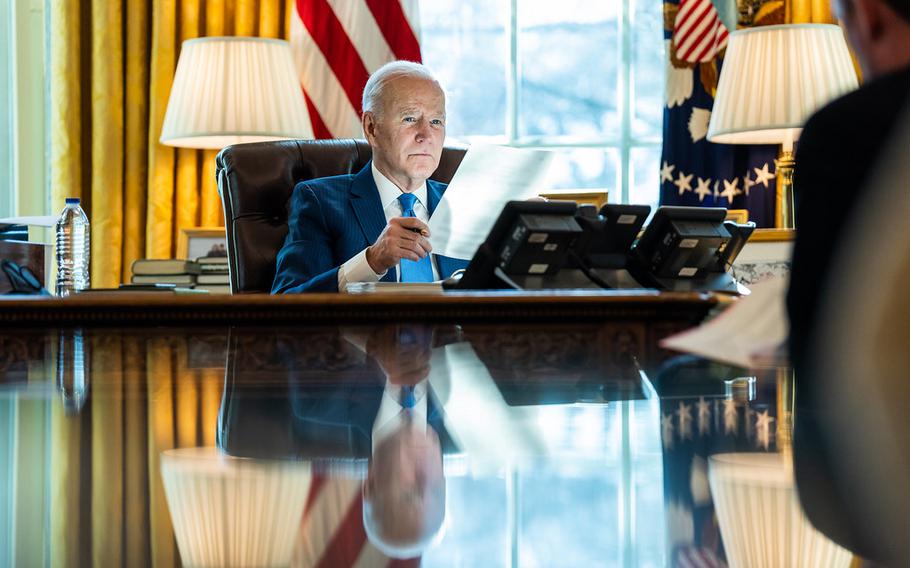 President Joe Biden talks on the phone with King Mohammed bin Salman of Saudi Arabia on Feb. 9, 2022. Biden’s administration is being urged to withdraw U.S. troops from Saudi Arabia in response to a dramatic cut in oil production. (Adam Schultz/White House)

A decision by Saudi Arabia that indirectly will help Russia fund its war in Ukraine has the U.S. weighing whether to scale back ties with a Middle East ally that houses thousands of U.S. troops and buys more American arms than any other nation.

The Saudi-backed move by the OPEC+ cartel to slash oil production has led President Joe Biden to review U.S.-Saudi ties amid calls by lawmakers to withdraw troops and missile defense batteries deployed there.

U.S. officials asked their Saudi counterparts to delay a decision on oil production for a month, The Wall Street Journal reported Tuesday. Saudi officials dismissed the request, saying their decision was purely economic and had no political dimensions, the report said.

But Russia, a member of OPEC+, stands to take in greater oil revenues if a more limited supply results in higher prices, as expected.

“We thought it was a shortsighted decision and that it benefited Russia,” said Kirby, who declined to give further details on the review.

Any change in the relationship will have to balance the desire to sending a message to Riyadh with the value the Saudis provide in advancing U.S. security goals. 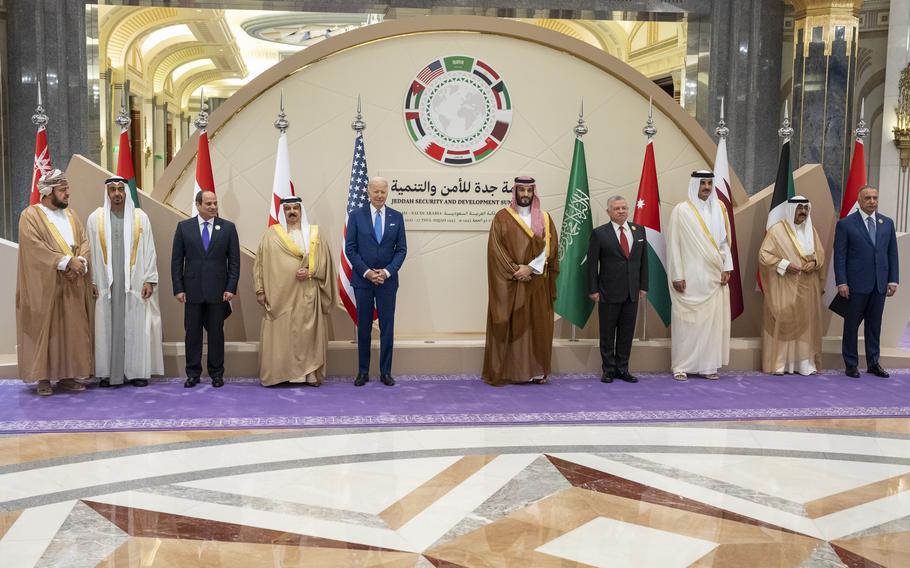 The country offers stable staging points for a range of operations, including protecting “interests in the region against hostile action by Iran and Iran-backed groups,” a White House statement in June said.

The roughly 3,000 U.S. service members there maintain aircraft and provide air and missile defense in coordination with the Saudi government.

Other U.S. troops and contractors work on defense and security cooperation programs. Riyadh is Washington’s largest foreign military sales customer, with more than $100 billion in contracts supporting the country’s security ministries, according to a State Department fact sheet.

But Biden’s recent remarks that U.S.-Saudi ties need to be reconsidered are a “strong signal that the relationship is in trouble,” said Jeff Colgan, a professor of political science at Brown University in Rhode Island.

The president told CNN’s Jake Tapper that Saudi Arabia should expect “some consequences for what they’ve done with Russia," but he declined to give specifics.

“Oil has always glued the two countries together,” Colgan said. “Lately, however, the relationship seems to be under as much strain as ever.”

The legislation seeks to give Biden tools “to recalibrate these relationships so they’re more in our interest,” one of the lawmakers, Rep. Tom Malinowski, D-N.J., said on CNN last week.

While most modern presidents have claimed broad powers to wage war, some legal scholars think Congress is constitutionally authorized to regulate military activity, such as by setting funding constraints and time limits on the deployment of troops, a Lawfare Institute blog post said in 2019.

The U.S. has shifted military assets out of Saudi Arabia before, noted Bilal Saab, senior fellow and director of the defense and security program at the Washington-based Middle East Institute.

The U.S. removed advanced missile defense systems and Patriot batteries from Saudi Arabia in 2021, only to return them about six months later.

Relations between Saudi Arabia and the U.S. are at a lower point than they were after the 9/11 attacks, in which 15 of the 19 terrorists were Saudis, Saab said.

Logistically, pulling out the relatively small number of troops from Saudi Arabia to somewhere else in the Middle East would be easy and take days, not weeks, he said.

But the geopolitical costs of such a move could be immense, he added, even as the U.S. attempts to pivot away from the Middle East.

Saudi Arabia is the third-leading source of imported oil for the United States, providing about half a million barrels per day to the U.S. market, according to a Congressional Research Service report published in February.

And spurning Saudi Arabia, a codified security partner of the U.S. since 1951, could create a narrative of abandonment that leads countries in the region to turn to Russia or China, other analysts have said.

“Our footprint in Saudi Arabia serves U.S. interests first and foremost,” said Saab, who has written about the importance of a stable global oil market. “We would be shooting ourselves in the foot if we pulled out.”