A U.S. drone strike hit back against the Islamic State group in Afghanistan Saturday, less than 48 hours after a deadly terrorist bombing killed 13 American service members and dozens of civilians at the Kabul airport.

The terrorist group claimed responsibility for the complex attack at the airport Thursday that left some 170 civilians dead and scores more wounded.

Eleven Marines, a Navy corpsman and a soldier with the Army’s 1st Special Forces Command were also killed, and at least 18 U.S. troops were wounded.

The bombing, which targeted crowds hopeful for evacuation as part of a U.S.-led airlift, was among the deadliest single events for U.S. forces in the 20-year war.

Saturday’s strike was conducted using an unmanned aerial vehicle in Nangarhar province, according to Urban.

“Initial indications are that we killed the target,” he said. “We know of no civilian casualties.”

It was unclear whether the individual killed was directly involved with the airport bombing.

The strike appeared to fulfill a pledge President Joe Biden made to go after those responsible for the attack.

“We will not forgive, we will not forget,” the president said in an address from the East Room of the White House Thursday. “We will hunt you down and make you pay.” 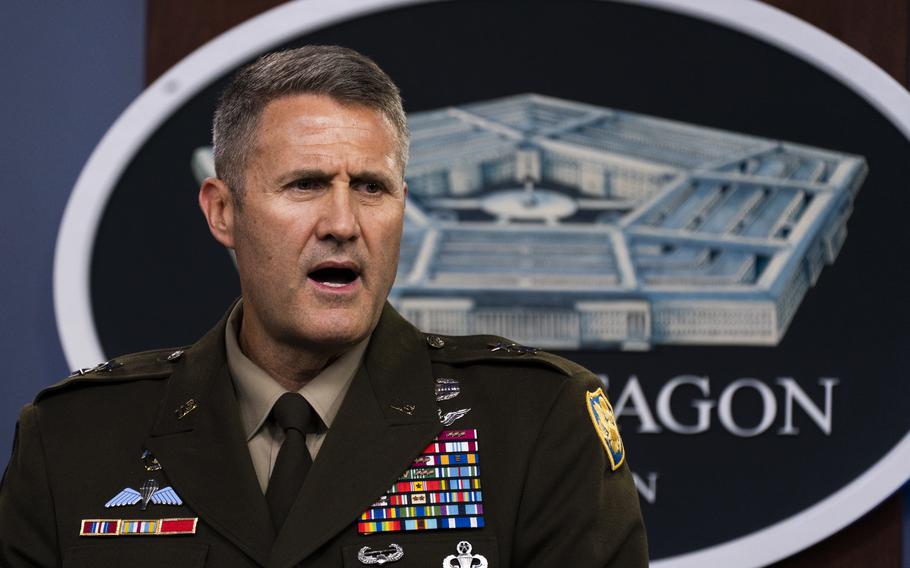