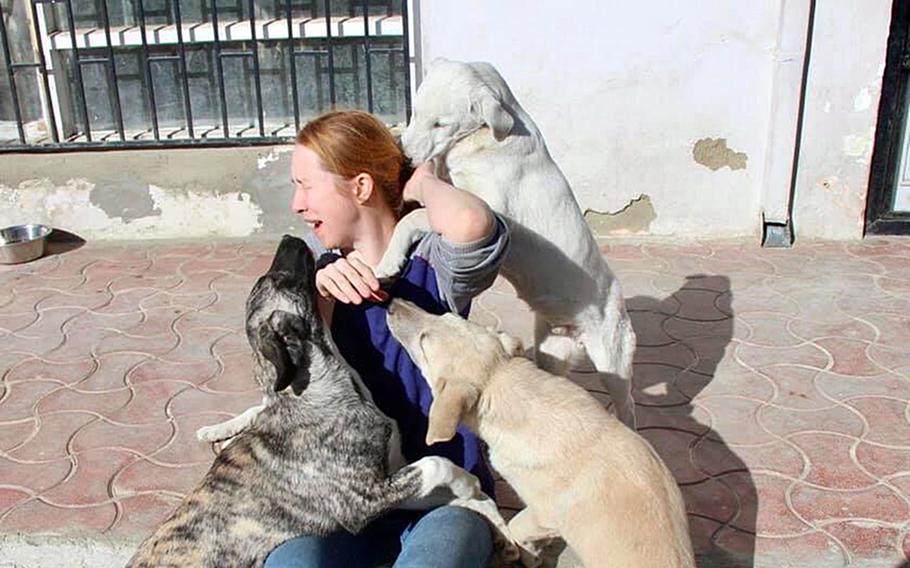 The head of an animal rescue clinic in Kabul that has helped American troops bring home cats and dogs from Afghanistan after their deployments is racing to evacuate staff and hundreds of animals by the end of the month.

Charlotte Maxwell-Jones, an American who founded Kabul Small Animal Rescue in 2018, was recently told by the Taliban to leave Afghanistan. But she doesn’t intend to go until she’s secured the departure of about 125 people, including her employees and their family members, and as many as 250 animals, she said.

“We’re not going to leave them,” Maxwell-Jones said in a phone interview Tuesday.

She acknowledged that she has little time left to organize the exit. U.S. forces are scheduled to leave Afghanistan by Aug. 31 and it’s unclear how many civilians will be able to leave at the very end, when U.S. and foreign forces fly themselves out.

The rescue has received some $700,000 in donations over the past week through online sites, grants and smaller fundraisers. The money is intended to pay for a chartered flight or flights, but logistical challenges remain that make coordinating with the U.S. military and the Taliban necessary. 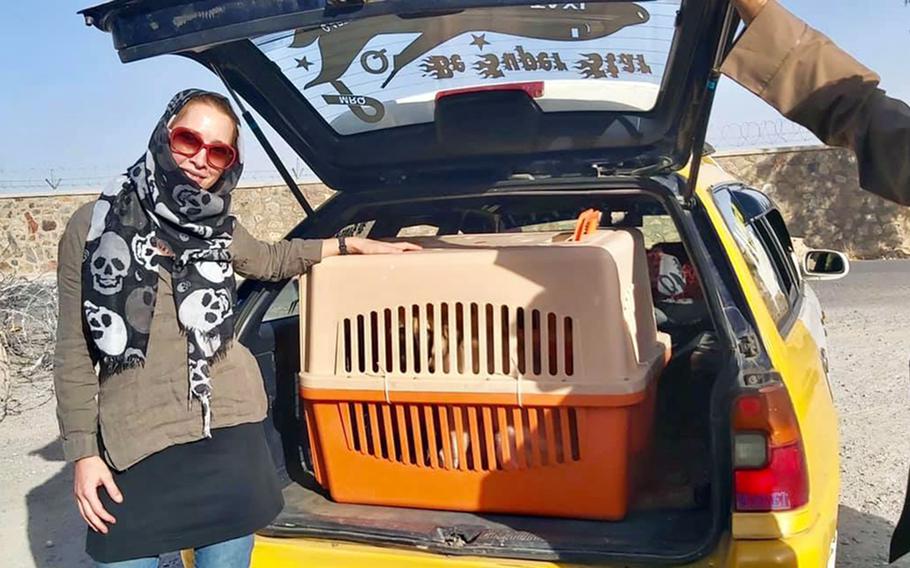 The biggest hurdle is finding a third country that will allow a plane carrying animals to land. All the animals Kabul Small Animal Rescue is trying to evacuate have paperwork to enter the U.S., but all of its Afghan staffers have applied for P1 visas, which require applicants to be vetted in a third country.

The video was posted the same day that a group of about a dozen Taliban officials, including one holding a rocket-propelled grenade launcher, showed up at Maxwell-Jones’ Kabul residence and told her to leave the country, she said.

“I’m not armed. They just came into my house,” she said.

“They said NGOs would be allowed to stay,” she added, referring to a previous statement on the status of nongovernmental organizations by the group. “I think everybody believes that’s a lie.” 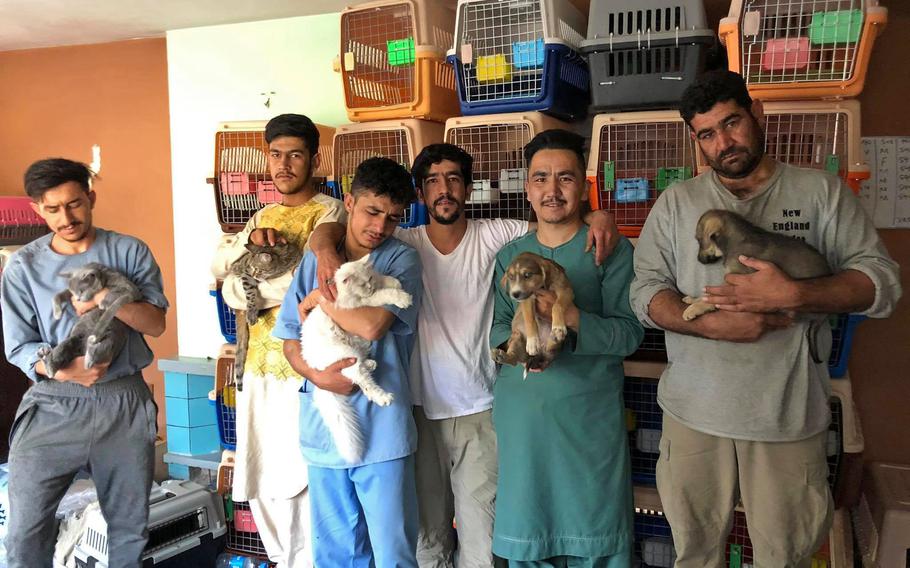 Maxwell-Jones told the Taliban she was in the process of leaving with her staff and needed more time. Taliban guards have been stationed at her house since then and the group has agreed to escort her and the staff to the airport in the coming days, she said.

Tens of thousands of Afghans desperate to leave the country have surrounded the Kabul airport since the Taliban’s lightning takeover of the city Aug. 15. The crowds make entry difficult and pose another obstacle to the rescue group’s evacuation.

Yet another hurdle is getting permission from the U.S. military to land a chartered flight at the airport.

Maxwell-Jones said that when she first called U.S. officials and told them she wanted to evacuate animals, they dismissed her.

“Now people in the U.S. are getting their senators and state [representatives] to go through it for us, so we’re getting a bit more traction,” Maxwell-Jones said.

But as of Wednesday afternoon, permission still hadn’t been granted and time was running out.

Despite the chaotic scenes at Kabul’s airport and fears that some Americans and at-risk Afghans may be left behind, President Joe Biden has ruled out any extension of the deadline, The Associated Press reported Tuesday. The Taliban also were adamant that the U.S. withdraw by the deadline date at a press conference Tuesday. 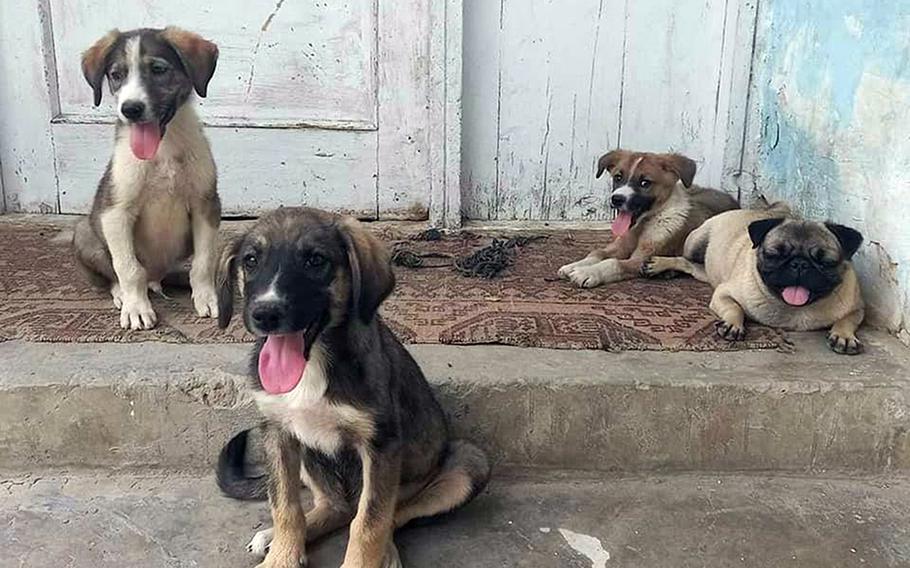 Even as they prepare to leave, staffers at Kabul Small Animal Rescue have been collecting dogs and cats left behind by others forced to flee.

Maxwell-Jones founded the animal rescue group in 2018 as a side project while working with the Heart of Asia Society, a think tank working toward sustainable peace in the country.

Maxwell-Jones said in an April interview that two-thirds of the dogs she had shipped to the U.S. in the previous week had been for service members, who befriended the animals while deployed in the country.

Kabul Small Animal Rescue isn’t the only organization trying to evacuate animals from Afghanistan amid the Taliban takeover.

Nowzad, a Kabul shelter founded by British former Marine Paul Farthing, has been campaigning to have its employees, their families and 200 dogs and cats brought out in what has been dubbed “Operation Ark.”

Some have criticized the operation for putting “pets before people,” but Farthing has said the animals will travel in a hold where people can’t go, meaning that the main section of Nowzad’s privately funded plane will be able to carry more people out of the country.

Maxwell-Jones responded to similar criticisms about her organization's aim to help cats and dogs.

“I realize that it’s not everybody else’s passion, but these are private donations,” she said. “I think that their lives matter, and I have put blood, sweat and tears into this organization that’s specifically for saving animals. And I don’t intend to stop now.”