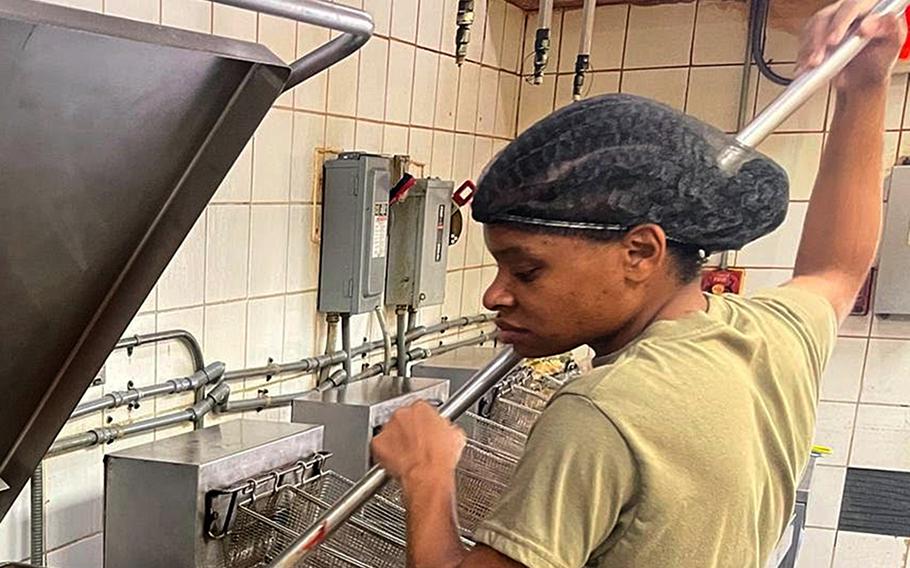 In the waning days of the U.S. presence at Bagram Airfield, Marine Corps veteran Justin Modeste knew the can of energy drink he had was valuable and rare.

“Probably the remaining supply of red Rip-it in the country,” he wrote in a post shared to several Facebook groups where the base’s denizens bought, sold and traded various goods. “Act now to get your hands on the last few drops of this nectar from the gods. No lowball offers, I know what I got.”

The post included a photo of a short, opened 8-ounce can of the fruity energy drink that has fueled U.S. wartime operations since 2004 by the tens of millions and has become a staple for troops, veterans and contractors alike. His asking price: $500.

“It was indeed my last can of Rip It,” Modeste said in a phone interview in early July about the photo he’d jokingly posted weeks earlier. He’d planned to snap the photo before popping the can’s top and downing half of it, “but I couldn’t wait to dig in.”

Energy drinks and tobacco became hot commodities as base residents hunted for diminishing supplies in the hectic weeks before the U.S. left, seemingly overnight, in early July.

Many went from dining at bountiful cafeterias to subsisting on Meals, Ready to Eat, but Army culinary specialists were sent in to serve up hot food at least through June 25. 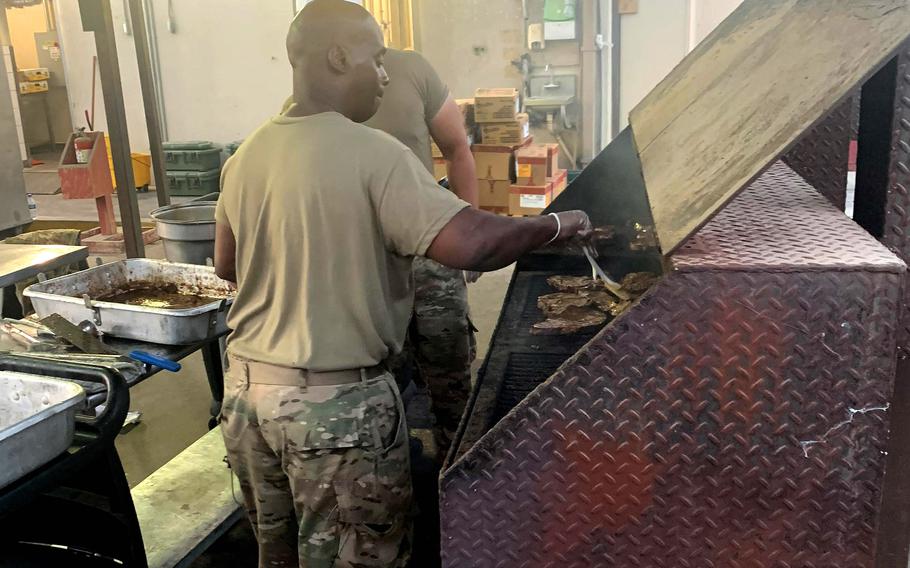 The simple tastes of ‘Camp Cupcake’

A group of four Army cooks recently returned to Kuwait after spending several weeks running the North Dining Facility on Bagram. Other cafeterias had been closed and civilian contract workers sent home.

“We were feeding over 2,000 soldiers,” said Sgt. Nicole Hall of the Army Reserve’s 310th Sustainment Command, quoted in an Army statement this week.

On 12-hour shifts, they served up scrambled eggs, steak, vegetables and “everything you could possibly think of,” Master Sgt. Lloyd Cossey said in the statement.

Throughout much of the war, the cafeterias on forward operating bases Modeste called “Camp Cupcake” hosted steak and lobster dinners on Fridays. Modeste was partial to another delicacy Bagram’s DFACs served those nights: “the best mac and cheese known to man.”

Toward the end, the troops were happy just to have hot meals, Hall said, as cited in the Army statement. “Their favorite meal was the grilled cheese.”

With more than 95% of the withdrawal complete, the military has hauled out over 980 C-17 cargo plane loads of gear, U.S. Central Command said this week.

But as creature comforts became rare at the airbase that served as the U.S. logistical hub north of Kabul for nearly 20 years, contractors began to complain, said Modeste, who’d deployed to a similarly “cupcakey” base in Iraq on one of several overseas tours during his 8 1/2 years in the Marines.

He’d been conditioned for Bagram’s final, spartan days during an “eye-opening” deployment to Helmand province over a decade ago. His team lived on MREs and took solar showers during long stretches at an observation post atop an “unlivable mountain” in 2009 and 2010.

“It could be worse,” Modeste would remind himself this summer. Buy Photo
In this comment on a Facebook trading forum for residents of Bagram Airfield in Afghanistan on Friday, July 9, 2021, user Rob Fisher showed off the last two Rip Its he was able to get his hands on at the base in late 2020. They were a hot commodity during the U.S. drawdown, he told Stars and Stripes, and his are displayed on a shelf with other souvenirs from Afghanistan, where they will remain unopened. (Chad Garland/Stars and Stripes) Buy Photo
In a Facebook marketplace ad on the group ''Bagram Buy, Sell, Trade,'' Marine Corps veteran Justin Modeste jokingly offered to sell his last half can of red ''Power'' Rip It for $500 on Wednesday, June 16, 2021. It wasn't the last can on Bagram, Modeste told Stars and Stripes, but it was his last can before leaving as part of the U.S. withdrawal in the summer of 2021. (Chad Garland/Stars and Stripes) Buy Photo
A ''chick magnet'' bike with ape-hanger handlebars was among the random items being offered on the Facebook group ''Bagram Buy, Sell, Trade,'' in June 2021, as the U.S. was finishing up its withdrawal from Bagram Airfield after nearly 20 years of war in Afghanistan. Residents of the sprawling base used bikes to get around throughout the war. (Chad Garland/Stars and Stripes)

The last ‘trickle’ of energy drinks

One user jokingly offered an MRE, labeled as a “stool hardener,” for $1,000. Another advertised a bike with ape-hanger handlebars, billing it a “chick magnet” likely to net marriage proposals.

“Make an offer,” the user wrote. “Free to an American soldier.”

As exchanges and dining facilities closed, things got dicey for those with energy drink and tobacco habits, some of whom turned to these groups offering to buy cases of Monster or Red Bull, packs of cigarettes and logs of dip. Others offered their dwindling supplies in trade.

Modeste’s “last can” ad came after years of being supplied “cases and cases” of the Rip Its that typically filled drink coolers at the dining facilities, he said. He’d first tasted the tantalizing beverage in Iraq, where he’d stuff his cargo pockets with it — his personal record was smuggling out 12 that way.

“That was my life force,” he said, adding that the habit “trickled into contractor life” when he arrived at Bagram in 2014 to support the counter-rocket, artillery and mortar systems.

Rip It was adopted as the energy drink of choice to be supplied at dining facilities in 2004 “because it was the most cost-effective,” Army spokesman Wayne Hall told Stars and Stripes in late 2018.

In the decade from 2009 to 2018, the Defense Logistics Agency shipped more than 175 million cans of it to U.S. Central Command — $165 million worth — data DLA provided to Stars and Stripes shows.

It’s also sold by the case or by the can in the coolers of higher-end Kabul grocery stores and the stalls of the bustling Bush Bazaar, likely pilfered from military supplies.

While it’s available in the U.S., often in discount retailers like dollar stores, Modeste says it’s not the same as the stuff shipped downrange.

This story has been clarified to reflect that the quotes from Sgt. Nicole Hall, Master Sgt. Lloyd Cossey and Staff Sgt. Steve Augusten all came from the same Army statement.