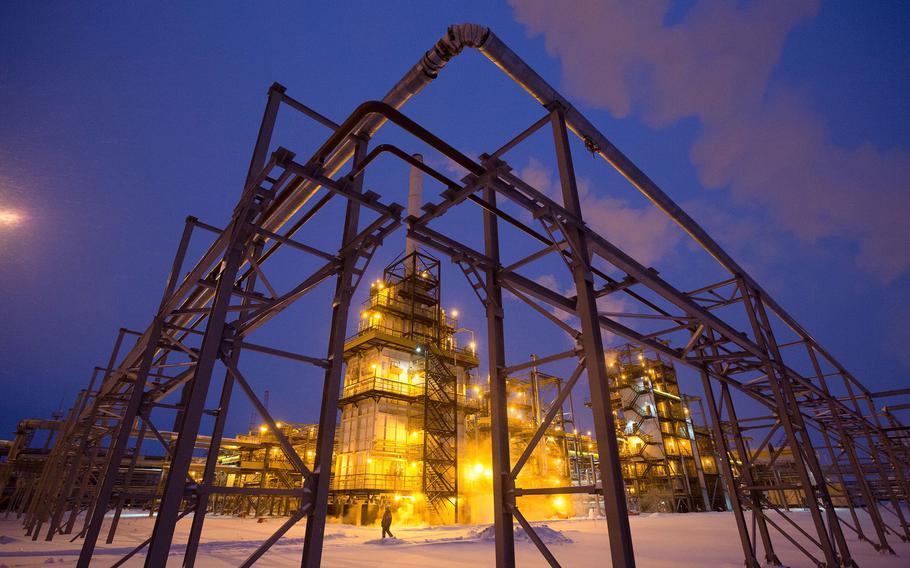 Germany and Poland pledged to stop buying Russian oil by the end of this year. Their plans to do so are starting to take shape.

Germany, Europe's top buyer of Russian crude until the invasion of Ukraine, is seeking replacement of some flows with supply from Kazakhstan in what looks like a contorted logistical challenge. Neighboring Poland appears set to miss its deadline to halt — at least for a month or two.

What happens is important for the two countries' ability to meet their domestic fuel needs, but also for global crude supplies. The less they take, the more Russia may need to push into the global seaborne market, most likely requiring shipment to buyers thousands of miles away in Asia. The Kremlin has even discussed cutting output amid G-7 sanctions.

Poland and Germany joined a European Union ban on almost all seaborne imports from Russia that began on Dec. 5, a step designed to punish Moscow for the war in Ukraine. However, they were also major recipients of Russian crude via the northern leg of the giant Druzhba pipeline system that feeds two refineries in eastern Germany and plants in Poland.

Those piped shipments aren't subject to the embargo but the two nations pledged earlier in the year to halt the piped inflows by the end of the year, which is on Saturday.

But finding alternative supplies of a similar quality and volume has proved challenging from a technical and logistical standpoint, not least because the German refineries are in-land and have long been served via the Druzhba with a specific grade of Russian crude called Urals.

Poland, which has also argued it needs European Union sanctions to help it meet its pledge, appears set to continue dealing with Moscow into next year.

For next month, Transneft PJSC's oil shipment plan includes delivery of 500,000 tons of Russian crude to Poland via Belarus, Igor Dyomin, a spokesman at the Russian pipeline operator said by phone.

Earlier, Polish climate minister Anna Moskwa reiterated that a halt to flows from Russian producer Tatneft PJSC through the line would require sanctions. Officials already flagged weeks ago that Poland would continue buying.

"As we've repeatedly informed, Orlen won't renew the contract that expires in 2023," the company said in a statement Thursday. "The only other valid contract will end once sanctions are in place, for which we are prepared."

Currently 70% of crude deliveries to Orlen's refineries come from sources other than Russia, the firm said.

Germany, meanwhile, is turning to Kazakhstan. For the central Asian country to help, it will need to feed crude into the Druzhba for onward transportation to Germany. It's not clear where it will find the barrels to do that.

However, Kazakhstan's oil-pipeline operator KazTransOil JSC has made a request to Transneft to send its crude via Druzhba to Germany next year.

The request will require approval from Russia's Energy Ministry, but "technically it's possible" to deliver those volumes, Transneft spokesman Igor Dyomin said by phone.

Russia is ready to back the Kazakh request, Interfax reported Thursday, citing Alexander Novak, the deputy prime minister in Moscow.

As of Thursday evening, Transneft hadn't received requests from Kazakh oil producers, according to Dyomin.

Under current sanctions, it's permissible to use the Druzhba for Kazakh crude, according to the German Economy Ministry.

Bloomberg's Maciej Martewicz and Iain Rogers contributed to this story.