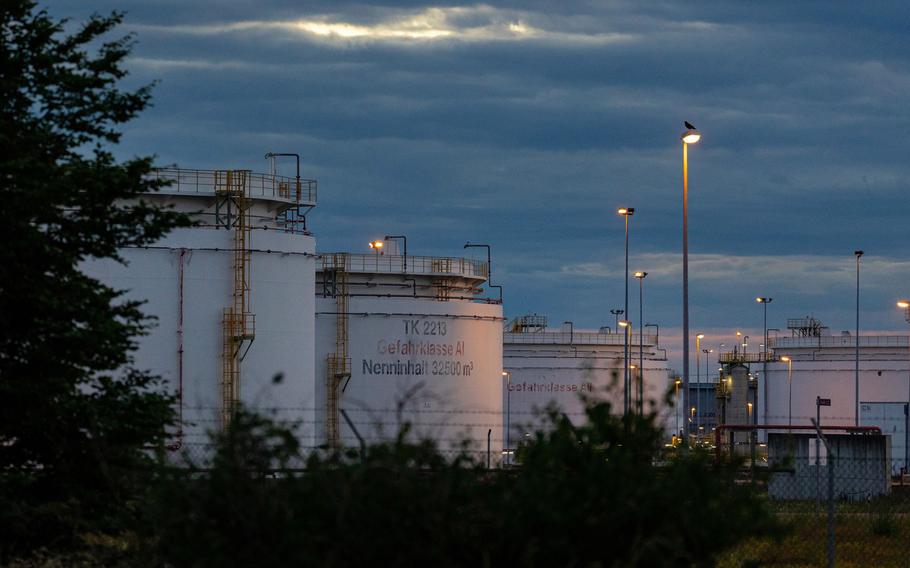 Germany rejected a claim that it plans to buy Russian oil early next year, saying that it will instead import crude oil from Kazakhstan.

Europe’s largest economy has said previously that it plans to halt imports of Russian crude by the end of this year after the Kremlin’s invasion of Ukraine, but that was thrown into doubt when the chief executive officer of Russia’s oil pipeline operator said it had received requests for Russian crude supplies in the first quarter of 2023.

German refineries Leuna and Schwedt have historically been heavily dependent on piped Russian oil imports. Now flows along the Druzhba pipeline - Europe’s largest crude oil conduit - will be from Kazakhstan instead, though that agreement hasn’t been finalized yet.

“Reports that Germany had ordered Russian crude oil are false,” a spokeswoman for the economy ministry said. “The mineral oil companies at the Leuna and Schwedt refineries will no longer be ordering Russian crude oil in the new year.”

The PCK refinery in Schwedt has “reserved capacities for Kazakh oil in the pipeline system” as of January, she added.

Pipeline oil flows from Russia are exempted from the European Union’s ban on most seaborne imports, which started on Dec. 5. Germany and Poland, which receive Russian crude via the northern leg of the Druzhba link, pledged to wean themselves off by December.

“They announced they wouldn’t take oil from Russia from Jan. 1, but we’ve received requests from Polish consumers: give us 3 million tons for next year and 360,000 tons for December,” Transneft’s CEO Nikolay Tokarev said in an interview with state-owned TV channel Rossiya 24 earlier on Tuesday. “Germany has already sent a request for the first quarter - give us too.”

It would be difficult for German refineries to replace all Russian volumes with Kazakh crude, Tokarev said, adding that while technically it’s possible to conduct so-called swap operations to partially replace Russian oil, it’s a political decision to make.

The Polish request to Transneft was “a standard procedure and it’s only to book potential transit capacity,” nation’s refiner PKN Orlen said last month. The company is ready to stop imports of Russian oil, but it needs government decisions for that to happen.

“The filing with the Russian operator it’s a technical request in case the valid contracts are still being fulfilled,” Orlen said in November when the Polish move was first made public.