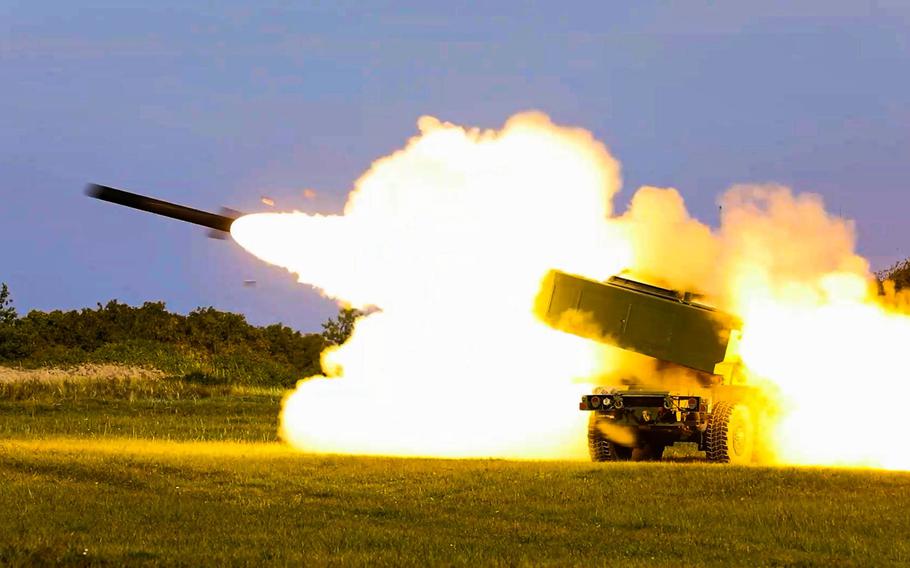 Lithuania has finalized a deal to procure eight high mobility rocket systems in a move aimed at enhancing defensive capabilities in the Baltics, the country’s top defense official said this week during a visit to the Pentagon.

The $495 million acquisition is the latest high-profile sale of the Lockheed Martin-manufactured HIMARS system, which has gained cachet with allies due to its effective use against Russian forces in Ukraine.

“It is a big step for our armed forces, this new system, and it will significantly enhance our national and regional capabilities,” Defense Minister Arvydas Anusauskas said Thursday.

Anusauskas met with Defense Secretary Lloyd Austin, who praised Vilnius’ efforts to upgrade its military and also reaffirmed a U.S. commitment to keep a steady American presence in Lithuania.

“I understand that you’re working to increase your country’s ability to host allied forces, and we appreciate those steps as well,” Austin said. “And the United States remains committed to a persistent rotational U.S. force presence in Lithuania.”

In late November, the 2nd Battalion, 7th Cavalry Regiment, known as the Ghost Battalion, out of Fort Hood, Texas, was the latest U.S. Army unit to rotate into Lithuania for a nine-month mission.

The force is part of ongoing efforts to deter potential Russian aggression by positioning U.S. and other allied troops along NATO’s eastern flank.

“We are happy to see U.S. boots on Lithuanian soil,” Anusauskas said.

In the aftermath of Russia’s full-fledged invasion of Ukraine in February, the Lithuanian defense chief, like his counterparts in the other Baltic states and Poland, has been vocal about his desire for a stronger NATO presence in the east.

Moscow’s invasion in Ukraine has "rocked the foundations of Europe and the rules-based order," Anusauskas said.

Austin praised the Lithuanians for providing military support and training to Ukrainian troops.

“Lithuania fully understands how important it is for us all to … stand up for Ukraine's right to defend itself,” Austin said.

Lithuania’s increasingly prominent role in the alliance will be on display next summer, when heads of state hold a NATO summit in Vilnius.