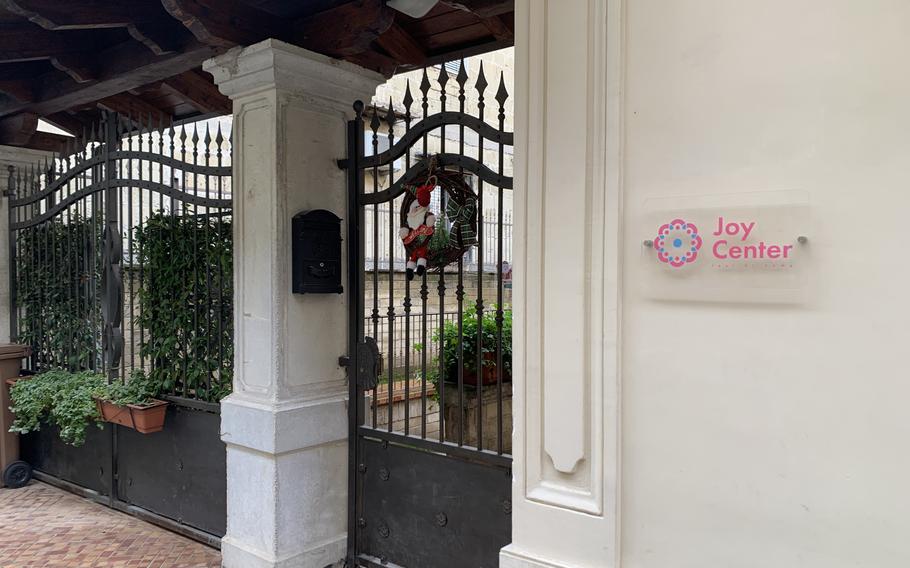 Joy Center offers behavioral, mental health and other services for military and Defense Department civilian families. The American-based center, which has clinics near U.S. military bases in the Italian cities of Naples, Vicenza and Aviano, recently was stripped of its in-network provider status by Tricare. The clinic's Gricignano di Aversa location, pictured above, is near Naval Support Activity Naples. (Alison Bath/Stars and Stripes)

NAPLES, Italy — More than a hundred military families in Italy and Spain say they’ll have to start choosing between their children’s well-being and their financial stability after government insurer Tricare stripped a longtime pediatric clinic of its in-network status.

Joy Center, a U.S-based clinic founded in Naples in 2010 that offers psychological, psychiatric, speech-language and occupational therapy for children and their families, no longer will be a Tricare in-network provider as of Sunday, clinic founder and supervisor Amy Zier told Stars and Stripes on Thursday.

As a result, parents who want coverage for those services must switch to a different provider that now appears to be the only authorized similar clinic in Italy and Spain, based on a search of Tricare’s online list of in-network overseas providers.

That Italy-based provider, Reach Aut, was founded by at least one former employee of Joy Center in 2020, Zier said. Reach Aut now has clinics in each of the same cities overseas as Joy Center.

Natallia Stiefel, who is married to an active-duty sailor, said the couple’s 6-year-old son has been receiving speech therapy at Joy Center near NSA Naples for nearly a year.

Stiefel was hoping to get approval from Tricare for an out-of-network referral to Joy Center, but the request recently was denied without explanation.

Their only other option is to change to another Tricare health care program. That would mean an out-of-pocket expense of about 20% of their son’s therapy costs, Stiefel said.

“His therapy isn’t cheap, so it becomes a financial strain to continue what we’ve been doing,” she said. 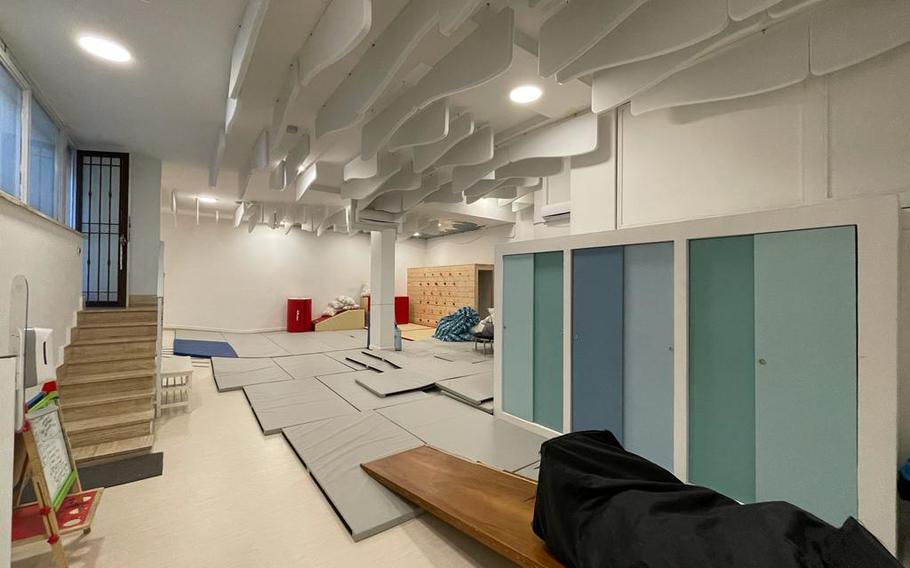 A play area for children receiving therapy is included at a Joy Center clinic. Tricare’s decision to end Joy Center’s status as an in-network provider in Italy and Spain has upset some parents, who now face tough decisions regarding their children’s care. (Joy Center)

Zier and parents whose children were treated at Joy Center say the decision puts patients’ continuity of care at risk, potentially undermining progress and development at a time when children are most vulnerable.

Stiefel said she visited the other clinic and did not find it suitable.

“I feel at this point, if I don’t stay with Joy Center, it’s pretty much there’s not going to be any therapy (for my son),” she said.

Tricare offers health plans and other services for active-duty service members, retirees and their families. As of Friday, the insurer had not answered questions posed by Stars and Stripes last month and Wednesday seeking information about the change, the reasons behind it and the impact for patients.

Cunningham, Stiefel and other parents who spoke with Stars and Stripes said Tricare did not tell them about the change.

But in a Nov. 23 post to its official Facebook page, the U.S. naval hospital in Rota, Spain, said it had been notified by Tricare that Joy Center no longer was an authorized provider and would not be for the “foreseeable future.” The post had no explanation for the decision.

As a result, military hospitals in Italy and Spain no longer will refer patients to Joy Center. Parents who want to keep their children enrolled in the center’s programs likely will have to pay part of the cost of services previously covered in full by Tricare.

Zier said she was notified of the termination in November by Tricare’s Italian country representative, who said Joy Center had been dropped from the network based on an analysis of beneficiaries’ needs and current network providers.

The representative did not respond to Joy Center’s request for additional information, such as the reasons for the decision, but did direct the clinic to refer its patients to Reach Aut, said Zier, who plans to appeal the decision.

The decision was surprising because Joy Center had not received any criticism of its programs from Tricare and there had been no mention of challenges or improvements needed, Zier said. Previously, Tricare had asked Joy Center to add services in Vicenza and Aviano, in 2015 and 2019 respectively, because there was no other provider, she said.

But there were indications that the clinic’s position in those locations had changed. A January 2021 letter from Tricare’s overseas management division said there wasn’t a need for Joy Center in Aviano, she said.

“It was confusing because we had so many people coming to us for help, either for their children or for themselves,” she said.

Cunningham said that despite the potential of having to pay for her daughter’s care, the family will continue to go to Joy Center.

The clinic not only helped her daughter but also offered Cunningham skills and insight to better understand her daughter’s needs, she said.

“She loves it there,” Cunningham said. “We love going there, learning so much about her and what makes her tick and how to help her.” 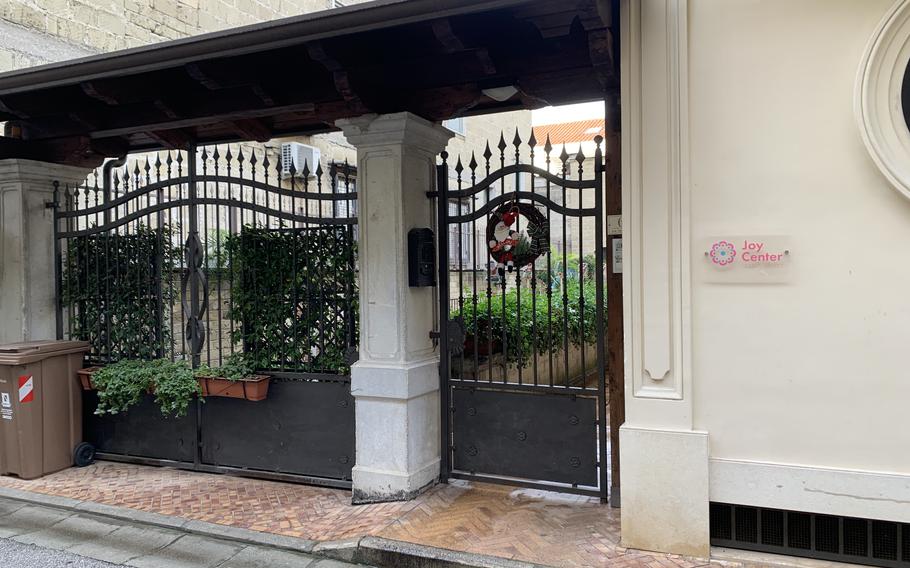 Joy Center, as seen Thursday, Dec. 8, 2022, offers behavioral, mental health and other services for active-duty military and Defense Department civilian families. The American-based center, which has clinics near three U.S. bases in Italy, recently was stripped of its in-network provider status by Tricare. (Alison Bath/Stars and Stripes)