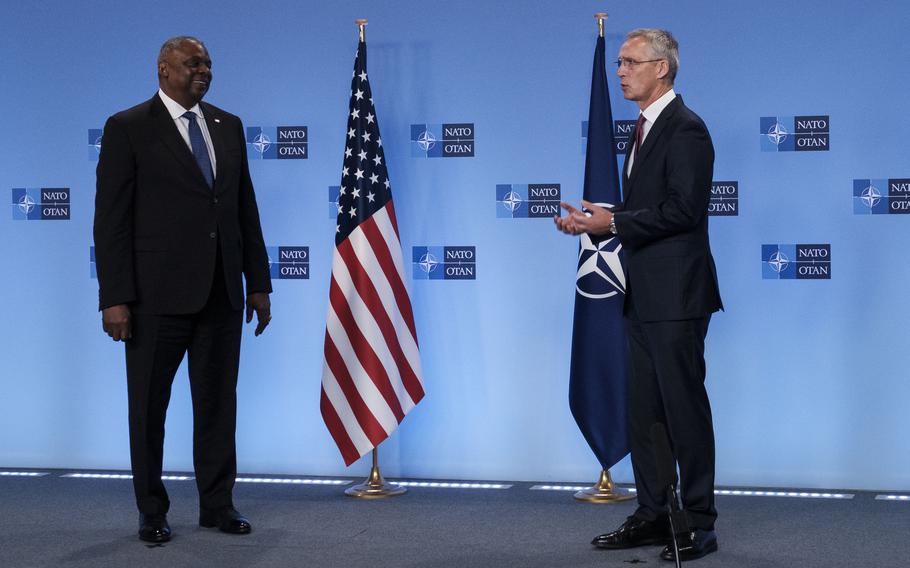 Western allies said Thursday they will rush special weaponry into Ukraine to help Kyiv neutralize drones that the Russian military is relying on to attack cities and civilian targets across the country.

Stoltenberg’s comments came at the conclusion of two days of talks at alliance headquarters in Brussels, where allies were focused on beefing up air defenses not only in Ukraine, but on NATO turf.

More than a dozen NATO countries are now on board with plans to launch the European Sky Shield, a new air defense initiative on the eastern side of the Atlantic. They signed a letter of intent Thursday at NATO headquarters in Brussels during a meeting of defense ministers.

“This commitment is even more crucial today as we witness the ruthless and indiscriminate missile attacks by Russia in Ukraine, killing civilians and destroying critical infrastructure,” NATO Deputy Secretary-General Mircea Geoana said in a statement.

Germany is slated to lead the effort through a shared acquisition strategy. It wasn’t clear Thursday when NATO intends the initiative to begin operations, or what weapons systems it will include.

The 14 NATO allies that signed on to the plan are Belgium, Bulgaria, the Czech Republic, Estonia, Germany, Hungary, Latvia, Lithuania, the Netherlands, Norway, Slovakia, Slovenia, Romania and the United Kingdom.

Finland, which is still awaiting the unanimous approval of member states required for entrance into the alliance, also is part of the effort. 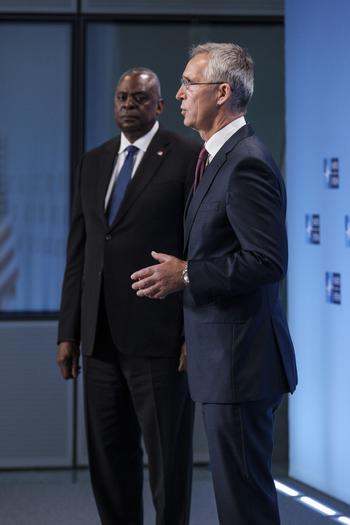 The assets are expected to integrate into NATO’s broader air and missile defense network, enhancing the allies’ ability to defend their collective territory from air and missile threats, alliance officials said.

On Wednesday, American defense leaders said the U.S. and its allies also are aiming to provide Ukraine with an integrated air defense system that will better protect high-priority parts of the country.

The plan came at Kyiv’s request in the wake of Moscow’s bombardment of numerous cities across Ukraine.

With the war in Ukraine now in its eighth month, the U.S. and other allies have sent billions of dollars in arms to support the country since Russia launched its full-scale invasion. But the scale of allied support has raised concerns about member states depleting their weapon stockpiles.

NATO agreed on Thursday to take steps to ramp up weapons production.

“We all know that we all share the responsibility to prepare and provide ready capabilities and forces to prepare this alliance for the challenges to come,” Defense Secretary Lloyd Austin told reporters at the end of discussions Thursday.