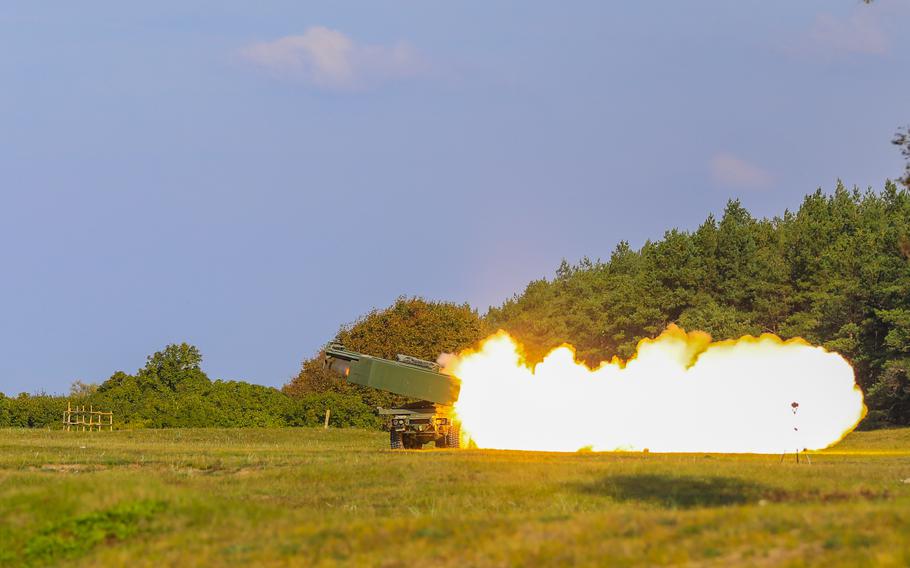 U.S. soldiers fire a HIMARS during an exercise in Liepaja, Latvia, on Sept. 27, 2022. The system is among the more than $16 billion in military support the U.S. has provided to Ukraine since Russia invaded the country in February. (Lianne Hirano/U.S. Army)

The U.S. and its allies are aiming to provide Ukraine with an integrated air defense system that will give enhanced protection to high-priority parts of the country, the top American military officer said Wednesday.

The system, to be built from a range of assets from multiple countries, will involve everything from short-range, low altitude systems to medium, long and high-altitude systems, Joint Chiefs Chairman Gen. Mark Milley told reporters.

“So it’s quite complicated from a technical standpoint,” said Milley, who did not detail what the timeline is for putting such a system into action. “(But) it is achievable, and that’s what we’re aiming at.”

Milley and Defense Secretary Lloyd Austin led a meeting in Brussels of the Ukraine Defense Contact Group, a collection of some 50 allies and partner states involved in the effort to get more weapons into Ukraine.

Allied defense ministers are gathered this week at NATO headquarters for two days of talks, which began Wednesday.

The main focus was how to get more air defense weapons into Ukraine, which in recent days has been hit with a Russian missile barrage in numerous cities. 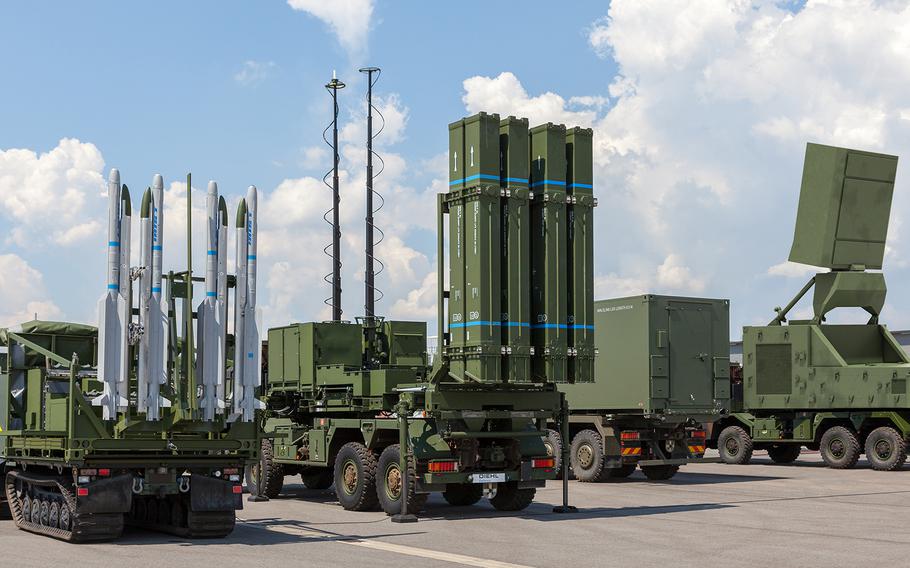 The salvos are seen as President Vladimir Putin’s retaliation for an explosion that severely damaged a bridge the Kremlin built over the Kerch Strait after it illegally annexed Crimea in 2014.

“The malice and cruelty of Putin’s war of choice rooted in aggression and waged with deep contempt for the rules of war,” Austin said.

Russia’s missile attacks appear to have added urgency to the arming effort. On Wednesday, Germany confirmed that the first of four state-of-the-art air defense systems it pledged had arrived in Ukraine.

Artillery, infantry fighting vehicles and armored personnel carriers were other needs brought up by Ukraine during the meeting in Brussels.

Despite the Russian missile attacks, Ukrainian forces have changed the dynamics of the war, Austin said.

“They’ve liberated hundreds of towns from Russian occupation. And they’ve retaken thousands of square kilometers of their land,” Austin said.

Austin said the U.S. is committed to providing Ukraine with military support over the long term.

A key part of Ukraine’s ability to shift the momentum in the war, now in its eighth month, has been the billions of dollars in weaponry that has poured into the country from the West.

Since Russia’s invasion began in late February, the U.S. alone has provided more than $16 billion in military support to Ukraine, coming in the form of howitzers, javelins and mobile precision artillery systems known as HIMARS.

In addition, allies also deliberated on plans for ramping up weapons production in general to meet Ukraine’s needs and ensure that their own stocks don’t become depleted.