Andrei Dmitriev, 48, shows journalists where and how he said he was tortured in Pisky Radkivsky, Ukraine. (Wojciech Grzedzinski/for The Washington Post)

PISKY RADKIVSKY, Ukraine — It wasn’t the sort of house that neighbors gave much thought to in peacetime. With its white brick walls and metal gate, it looked much like the others.

But when Russian forces arrived in the springtime, it turned into a place that residents looked away from as they hurried past. Asking questions might lead them to be the ones whose screams rang out at night, locals said.

Civilians and soldiers were tortured on Parkova Street, according to the Ukrainian police investigators now combing the towns and villages from which Russian forces beat a hasty retreat last month. But what is stark about this place is how unremarkable its horrors have become.

Across at least five different provinces, Russian troops left the remnants of an archipelago of torture in their wake, often in buildings where families had lived or children had played.

On Friday, the chief investigator of the northeastern Kharkiv province, Serhii Bolvinov, said that his forces had recovered 534 civilian bodies in the eastern province of Kharkiv, most of them from a mass grave in the town of Izyum. Many bore signs of torture.

In Lyman, 100 miles to the southeast, a key transport hub for Russian forces before the Ukrainian army recaptured it last week, the local governor said another 39 “burial sites” had been uncovered. It was unclear how many bodies were buried there, or how they had died. The youngest was born last year.

Under Russian occupation, Ukrainians learned that even the most mundane of locations could become a stage for terror. Police have found torture sites across basements, living rooms and in gardens. In the Kyiv suburb of Bucha, men were abused and executed in the basement of a children’s summer camp. In Izyum, the soldiers used a kindergarten and a medical clinic. 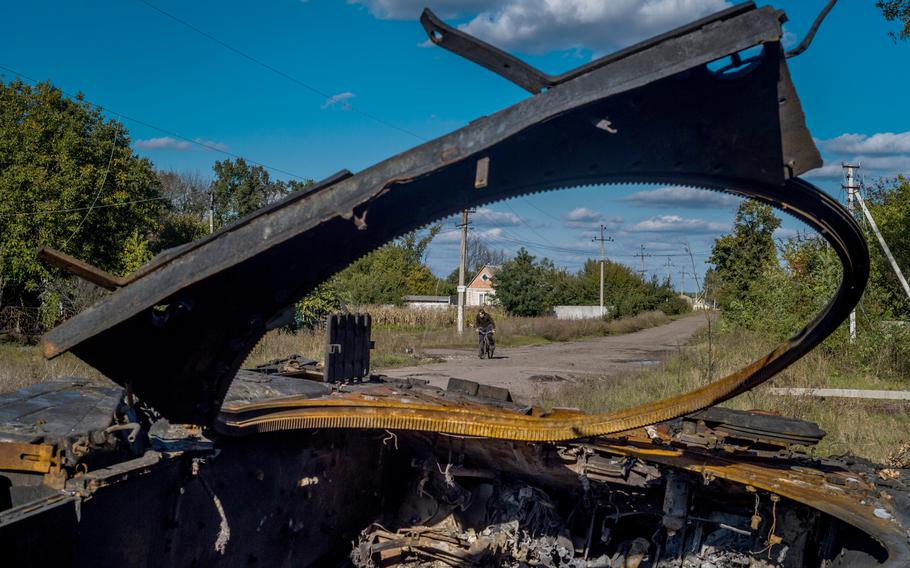 Bolvinov said that his investigators have found 22 sites that were used for torture in the Kharkiv region.

The house in Pisky Radkivsky, a small village east of Izyum, was used as a base for around 10 Russian soldiers, including a commander, and they interrogated civilian and military prisoners there, police said.

The house’s owner watched quietly from the street. “We don’t know what to do with this place now,” said Ivan, 40, who gave only his last name for fear of reprisal should the Russians return. “This was our home.” 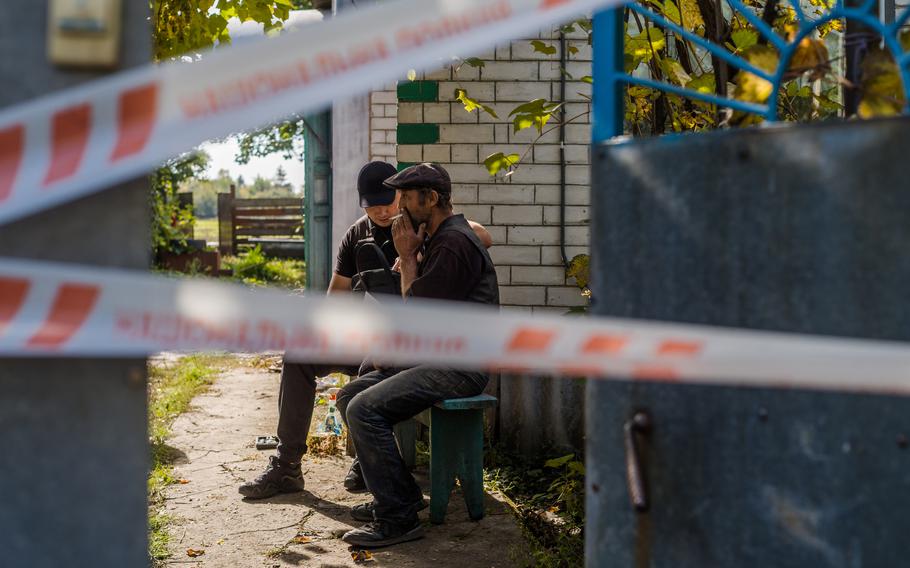 Andrei Dmitriev, 48, who said he was a victim of a Russian torture, gives a statement to police, in Pisky Radkivsky, Ukraine, on Oct. 6. (Wojciech Grzedzinski/for The Washington Post)

He was carrying his 1-year-old son in his arms, and the child kept staring at the house, and the strange men with clipboards inside. One of the victims, the janitor of the local school, Andrei Dimitriev, was giving them his testimony, and he spoke in a monotone, exhausted.

Dimitriev said that he had been arrested in the street by Russian soldiers, and held for seven days in the house’s dank basement. There were five other men shivering in the dark with him there, but he did not know them, and with soldiers milling around in the garden, they were scared to be heard speaking among themselves.

The beatings were savage, Dimitriev recalled. Soldiers slammed his body with sticks and wooden bats. They were frequently drunk and their questions were unfocused, as if they themselves did not quite know what information they were seeking. They accused him of being a member of the Ukrainian army, but he said that he was not. The military badge they had found among his belongings was a present from a friend.

“It didn’t matter what you said, they just kept hurting you,” he said.

When he finished speaking, the investigator handed him a pen for what is now a well worn ritual: the signature on another page testifying to the war crimes that ordinary people endured.

Ukraine’s judicial system is now almost wholly devoted to investigating them. But the thousands of investigators fanned out across the country are struggling to keep up. 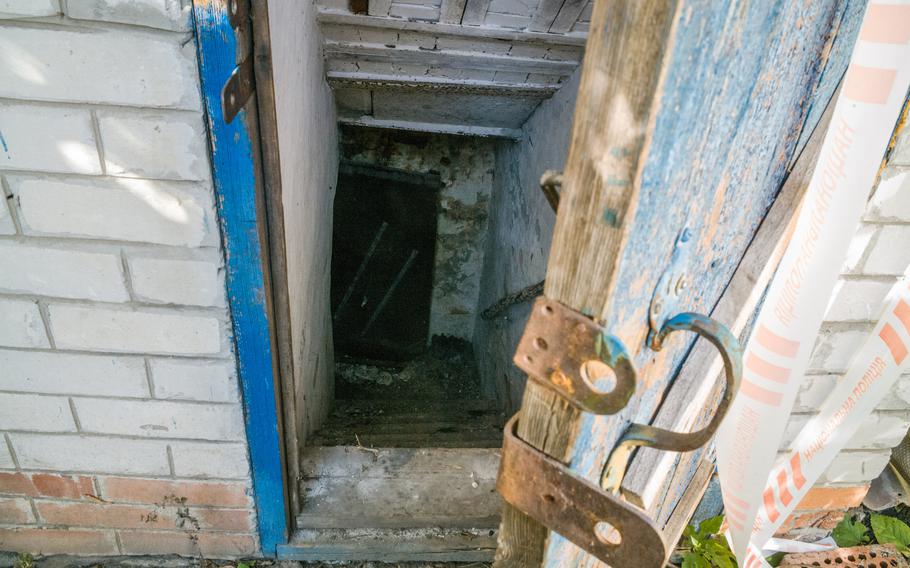 The entrance to a basement allegedly used as a torture chamber in a house where prisoners were held, discovered by Ukrainian police in the center of Pisky Radkivsky, Ukraine. (Wojciech Grzedzinski/for The Washington Post)

In liberated areas, every street has a story. Victims have often fled. Eyewitnesses they do find often say that they did their best to ignore the horrors unfolding around them, for fear of being arrested themselves.

On Parkova street, neighbors locked their doors when they heard noises from the house. Parents told their children not to ask questions. “You didn’t want to get on their bad side. It was easier that way,” said Tatiana, 48. But her 9-year-old daughter would not ignore it. At night, she would ask who was screaming. Tatiana didn’t know what to tell her.

Residents interviewed by The Washington Post said that Russian forces occupied the house for two months, and that they heard shouting, swearing and the sound of gunshots most days.

One woman said that she saw two men in civilian clothes being led inside with bags over their head. Shots rang out shortly afterward. “It was just after midday,” she recalled. “I didn’t see them again.”

Serhii Korolchuk contributed to this report.