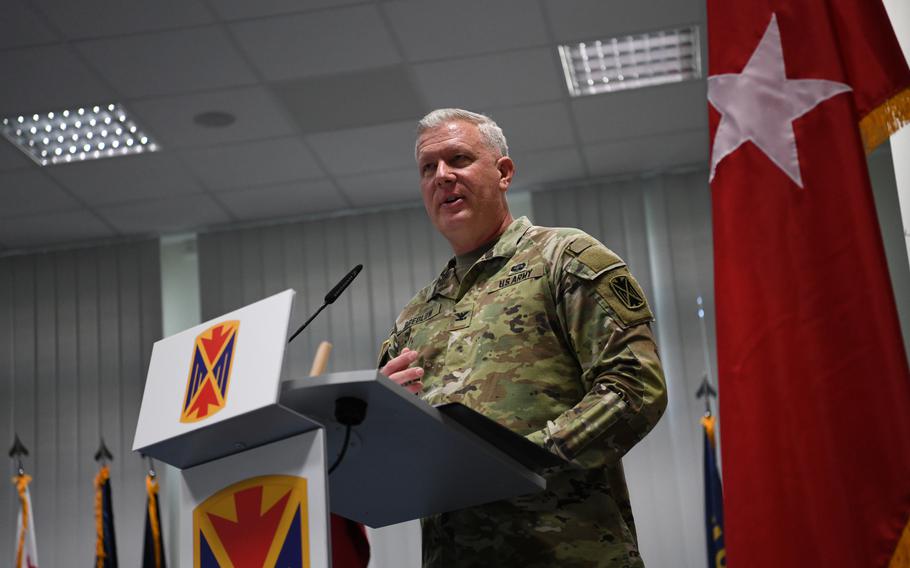 SEMBACH, Germany — The Army activated a new artillery brigade in Germany on Thursday that is focused on protecting U.S. and allied forces from potential aerial threats.

The 52nd Air Defense Artillery Brigade adds to the expanded American military presence in Europe, which was sparked by Russia’s invasion of Ukraine in February and concerns of a potential spillover into NATO territory.

“It’s certainly a deterrent knowing there’s additional air defense forces activating in Europe because it’s in our enemy’s calculus when they’re planning their next moves,” Col. Bruce Bredlow, the brigade’s commander, told Stars and Stripes at a ceremony at the Army base in the southwestern German village of Sembach.

President Joe Biden announced the new brigade in June at a NATO summit in Spain, where the war in Ukraine topped the agenda. But planning for the unit began several years before the conflict, when military leaders identified gaps in U.S. air defense capabilities in Europe, Bredlow said.

The brigade headquarters will provide command and control for all Army air and missile defense forces in the U.S. European Command area of responsibility. It will report to the 10th Army Air and Missile Defense Command.

“This strengthens the alliance and makes us all much safer,” Brig. Gen Maurice Barnett, commander of the 10th Army Air and Missile Defense Command, said Thursday, adding that the events in Ukraine were a reminder of the importance of air missile defense. 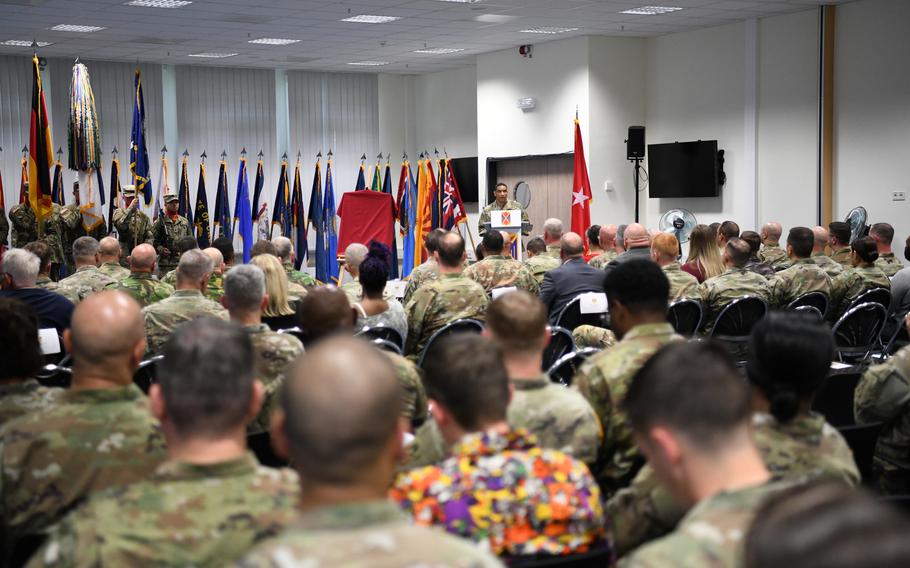 Brig. Gen. Maurice Barnett speaks to the audience at an activation ceremony for the 52nd Air Defense Artillery Brigade at Sembach Kaserne in Germany on Thursday, Oct. 6, 2022. (Phillip Walter Wellman/Stars and Stripes)

Since the unit became a one-star command in 2019, the role of brigade headquarters has been filled on a rotational basis by Army National Guard air defense brigades from three states.

The new active-duty brigade brings with it more than twice as much manpower as the rotational brigades did, officials said. It will oversee battalions based in Baumholder and Ansbach in Germany, as well as others in Turkey and Israel.

The Kremlin has tried to frame Russia’s adversary in the conflict as NATO rather than Ukraine, in light of the U.S.-led alliance’s deliveries of weapons to the country and training of the Ukrainian military.

The U.S. has bolstered air, land, maritime, cyber and space capabilities in Europe in response to the Ukraine crises and now has more than 100,000 service members deployed to the Continent, the largest number in nearly two decades and up from about 63,000 in 2013.

“We will continue to grow here in Europe,” Barnett said. “We’re not done expanding our air defense capacity. We are not done modernizing our forces here in Germany. Today is an important step, but we are not done.” 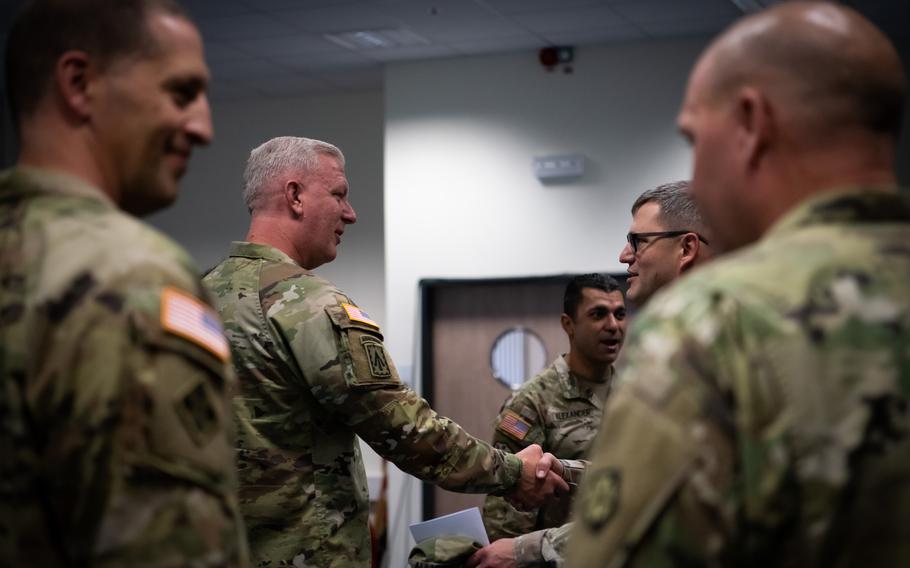