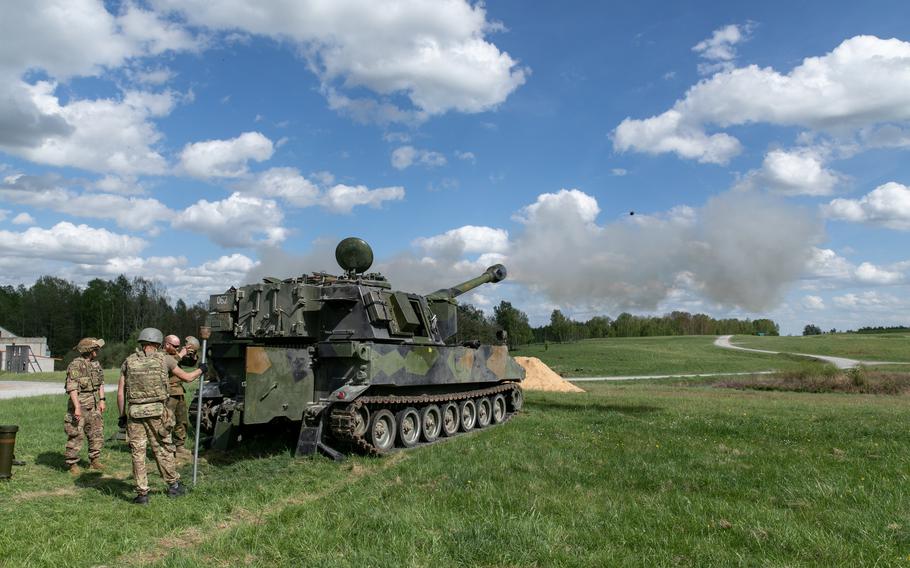 Ukrainian artillerymen fire the M109 self-propelled howitzer during training at Grafenwoehr Training Area, Germany, May 12, 2022. A new command located at Wiesbaden's Clay Kaserne is planned to function as the administrative hub for training and equipping Ukrainian troops as they defend their country from Russia. (Spencer Rhodes/U.S. Army)

STUTTGART, Germany — A new command at the Army’s headquarters in Germany will be established to coordinate how the U.S. trains and equips Ukrainian troops, giving formal structure to an on-the-fly mission conceived in the wake of Russia’s full-scale war on the country.

U.S. European Command’s Gen. Christopher Cavoli presented the plan to Defense Secretary Lloyd Austin for a command based in Wiesbaden, The New York Times reported Thursday. A final decision on the details is expected within weeks.

The Times, citing unnamed U.S. military and administration officials, said the plan involved the set-up of a headquarters with about 300 personnel, led by a high-ranking general who would oversee training efforts. 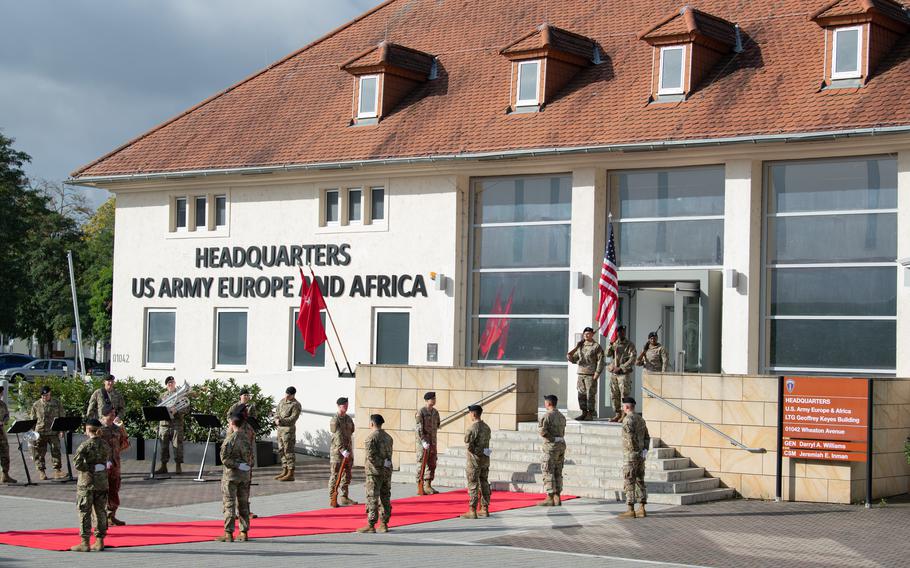 The 529th Military Police Company Honor Guard welcomes the secretary of the Army to U.S. Army Europe and Africa headquarters, Sept. 20, 2022, on Clay Kaserne in Wiesbaden, Germany. Army leaders plan to establish a new command at the base to coordinate training and weapons support for Ukrainian troops. (Theodosius Santalov/U.S. Army) 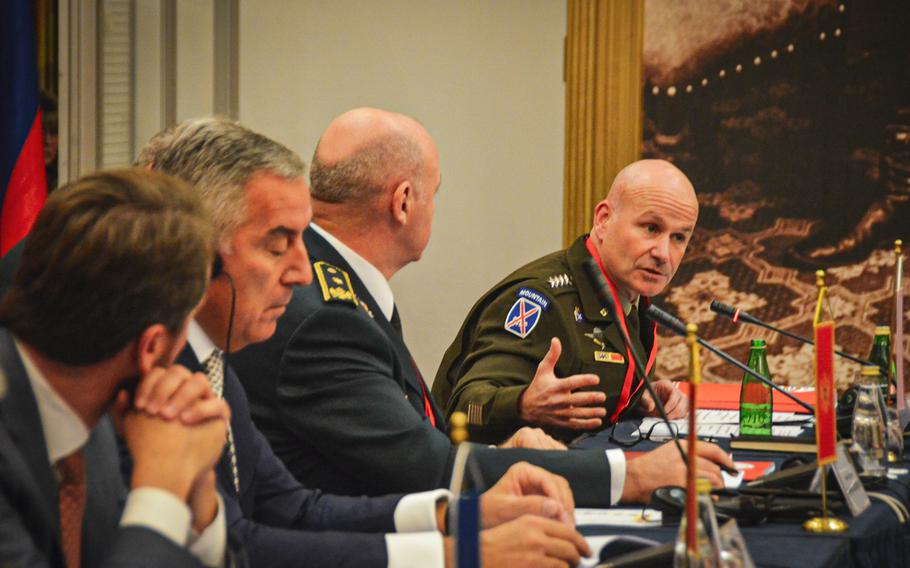 While the Wiesbaden headquarters would function as the administrative hub, much of the training is likely to be conducted elsewhere in places where the Army maintains large ranges. U.S. Army Europe and Africa’s training center in Grafenwoehr and Hohenfels likely would play a large role, as well as the service’s garrison in Baumholder.

Thousands of U.S. soldiers also are positioned at training areas in Poland and Romania, which could factor into the plans.

Training Ukraine’s military is nothing new for the U.S., which had rotated conventional and special operations troops into Ukraine for years as part of an effort to modernize the country’s military. But all U.S. forces were withdrawn from Ukraine ahead of Russia’s invasion in late February.

Since then, the U.S. and other allied troops have trained Ukrainian personnel in Germany and elsewhere.

A focal point has been getting Ukrainian soldiers skilled at using the wide range of weaponry that the West has sent to Ukraine, such as the mobile rocket system known as HIMARS.

Some steps already have been taken to make the Army’s post in Wiesbaden a centerpiece of the train- and-equip mission.

A weapons logistics cell moved on Aug. 6 from EUCOM headquarters in Stuttgart to Wiesbaden, the command said Friday. That cell, which includes representatives from dozens of nations, arranges the logistics of getting everything from Stinger missiles and howitzers to drones and long range-artillery to secret locations within Ukraine.

“The co-location with the U.S. Army Europe and Africa headquarters, as well as XVIII Airborne Corps increases the ability of the organization to rapidly support Ukraine operations,” EUCOM said in a statement.