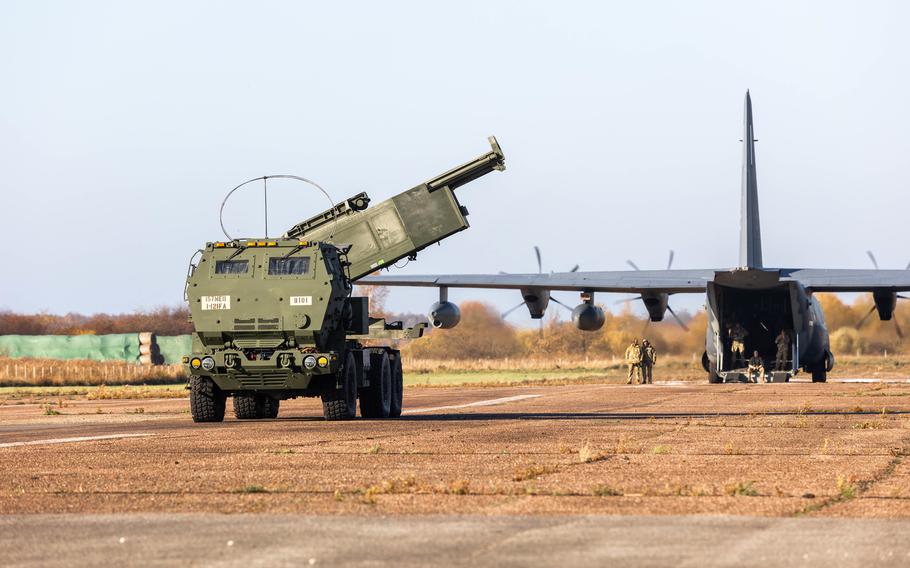 Col. Richard Ikena, 1st Infantry Division artillery commander, said the mission highlights the Army’s ability to get into position “at a moment’s notice anywhere in the European theater.”

The HIMARS system entered Army service in 2005. Its heavy warheads and roughly 50-mile rocket range are being credited by military analysts for helping level out Russia’s numerical advantage, as Ukraine seeks to regain territory in its east and south. 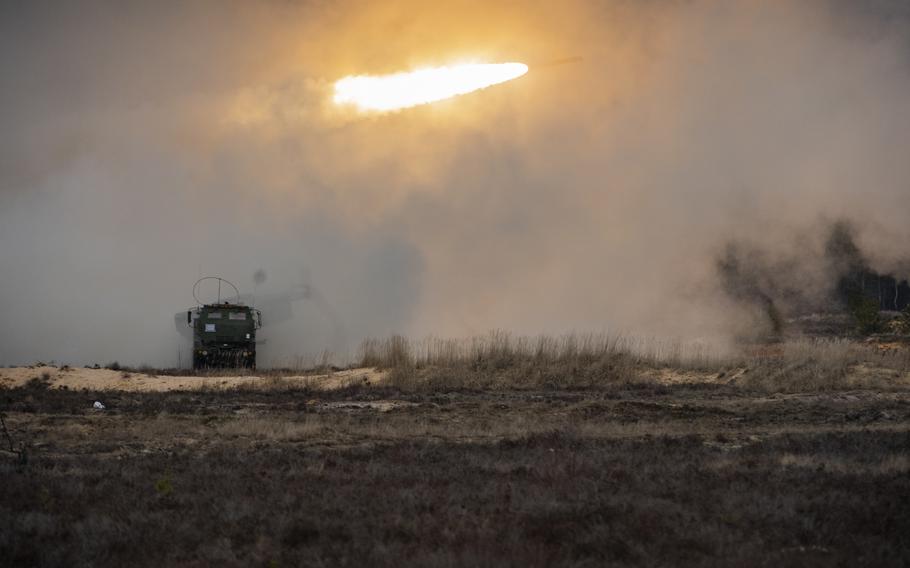 The units participating include the Fort Bragg, N.C.-based 3rd Battalion, 321st Field Artillery Regiment, which deployed to Germany in February as part of the U.S. effort to bolster forces in Europe.

The soldiers are operating under the command of 1st Infantry Division Artillery. The 352nd Special Operations Wing transported the HIMARS teams in C-130 planes to two locations in Latvia.

The moves resemble other recent U.S. Army and special operations efforts in Europe over the past two years that have emphasized maneuvering artillery units on short notice to strategic locations.

For example, in November 2020, U.S. special operators and Army artillerymen for the first time in Europe loaded ground rockets onto a low-flying aircraft for a quick-strike drill that hit targets in the Black Sea.

Even before Russia’s attacks on Ukraine in February, adding long-range artillery has been a priority for the Army in Europe, where it has reconstituted Cold War-era forces to counter Russian provocations along the NATO alliance’s eastern flank.