Afghanistan pullout may prove a bigger problem for Europe than US 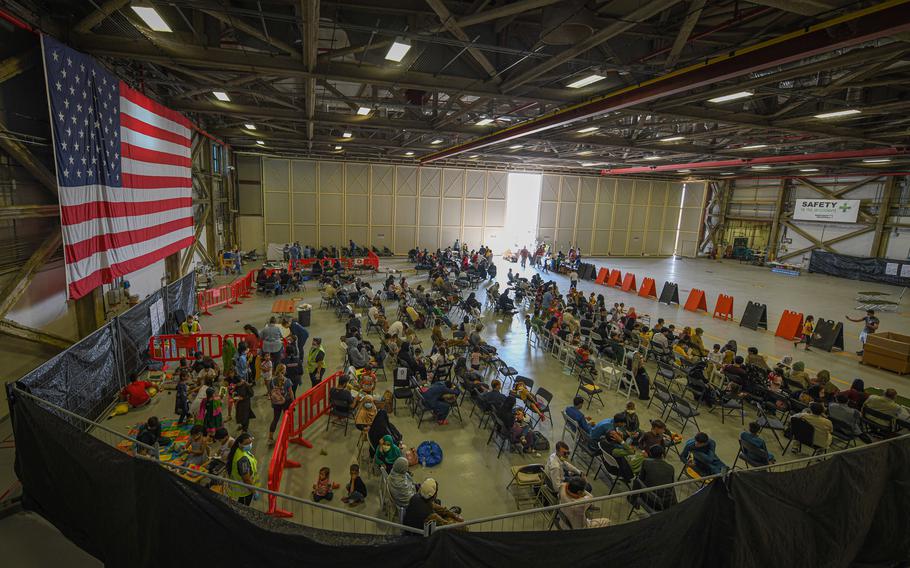 The U.S. left Afghanistan on Tuesday humbled and with few of its goals achieved after 20 years of war. For America's European allies, the humiliation may just be starting.

Connected to Afghanistan by land, unlike the U.S., for Europe the return of the Taliban presents more concrete threats. Those include not just terrorism but also mass migration and the heroin trade. Without a presence on the ground, European governments will now have a limited number of tools with which to influence the militant group.

In a sign of those concerns, European Union interior ministers already fell out at a meeting Tuesday over how to handle a potential influx of Afghan refugees. Those from Austria, the Czech Republic and Denmark stood side by side in front of reporters to say the message from Europe should be for Afghans to stay put.

Draft conclusions from the ministerial meeting seen by Bloomberg also urge the 27-nation bloc to use all means to help countries closer to Afghanistan provide refugees with a "sustainable livelihood" and to "prevent illegal migration from the region, reinforce border management capacity and prevent smuggling of migrants and trafficking in human beings."

There are currently almost 2.5 million Afghan refugees registered in countries around the world, the second largest after Syrians, according to UNHCR, the United Nations refugees agency.

The spectacle of European and British dependence on the U.S. as it decided on a rapid withdrawal from Afghanistan "exposes the wide gaps in the European security infrastructure, and British infrastructure for managing crises on their own," said Karin von Hippel, director general of the Royal United Services Institute, a defense think tank in London, and former U.S. State Department official.

Though aware of the need to invest more effectively in defense and build a more strategic approach to foreign policy, the European Union's capacity to defend its interests alone has if anything declined in the wake of both Brexit and the COVID-19 pandemic, von Hippel said. "Even after four years of Trump I don't think they seriously planned for a Plan B."

Europe's vulnerability was on full display in French President Emmanuel Macron's call on Sunday for the creation of a United Nations controlled safe zone in Kabul. The zone was to help visa-holding Afghans opposed to the Taliban to leave safely and in an orderly, processed fashion. His idea was cast aside within a day.

With the Taliban quickly rejecting Macron's plan for a secure zone, there was little international appetite to defend one. Such efforts anyway have a checkered record, including the 1995 massacre of more than 8,000 Bosnian men and boys at the internationally protected safe zone at Srebrenica, in Bosnia, and the 1983 attack on peace keeper barracks in Lebanon that killed almost 300 U.S. and French troops.

Hamid Karzai International Airport would be all but impossible to protect from attack because it is large, embedded in suburbs and located just 7 kilometers (4.3 miles) from the presidential palace in the city center, according to Francois Heisbourg, a former diplomat and security adviser for the French government.

"You know how these things begin and also, unfortunately, how they tend to end," said Heisbourg, now special adviser to the Paris-based Foundation for Strategic Research.

Monday night's joint U.S., French and U.K. resolution at the UN Security Council made no mention of a safe zone, instead appealing to the Taliban fighters, whom Western militaries have been bombing for two decades, to secure Kabul's civilian airport, stand by stated commitments to permit free travel and respect human rights.

The UN resolution highlighted the increased voice that other regional powers will have in Afghanistan, now that U.S. and other Western troops have left, as well as Europe's increased dependence on them. Monday's Security Council vote was just the first concrete sign of how that will work, according to Heisbourg.

Despite French efforts behind the scenes, China and Russia abstained from voting on even the watered down resolution. That allowed it to pass, but China had made its skepticism of imposing safe zones clear in public. "I noted relevant reports. I also noticed that there are reports saying the Afghan Taliban has refused such a proposal," Foreign Ministry Spokesman Wang Wenbin told reporters at his regular briefing on Monday.

The warnings from Europe over the refugee risk are only set to grow, alongside the squabbling among EU members about how many refugees to take, and where to put them.

The numbers leaving during the current crisis are for now relatively controlled, and with sympathy for those who worked alongside allied forces strong, evacuees have received mostly warm welcomes in the U.K. and elsewhere. However, the situation in Afghanistan could spawn a humanitarian crisis of "biblical proportions," EU foreign policy chief Josep Borrell told Spain's Onda Cero radio.

Europe's worries over immigration are driven by fears that rising instability in Afghanistan could see a repeat of 2015, when more than 1 million mainly Syrian refugees poured into Europe in a matter of months, energizing anti-immigrant parties and exposing wide fissures within the bloc over how to respond to the influx.

In the event, German Chancellor Angela Merkel negotiated a cash-for-border control deal with Turkey, which pledged to staunch the flow of refugees in exchange for 3 billion euros ($3.6 billion). The deal was controversial, due to the Turkish government's poor human rights record — a problem that would be magnified in any talks with the radical Islamist Taliban.

And Europe has few other tools at its disposal. When European Commissioner for Home Affairs Ylva Johansson called on the EU to "intervene" in Afghanistan to prevent a new surge of refugees seeking new lives in Europe, she also made it clear that intervention meant money.

The Taliban have already asked for international aid to help it subsidize agricultural incomes so it can compensate farmers for replacing the poppy crops that are estimated to supply more than 90% of the heroin sold in Europe.